PETALING JAYA (THE STAR/ASIA NEWS NETWORK) - The Malaysian Censorship Board (LPF) said it had decided to amend a scene in Singaporean documentary Singapore GaGa in order to prevent misunderstanding by Malaysians and to avoid any potential controversy from arising.

Datuk Abdul Halim Abdul Hamid, chairman of the LPF, said the board's decision to mute the words "binatang-binatang", or animals, from a scene in the film was in accordance with the Film Censorship Guidelines.

His comments came after the Singaporean director of the 2005 documentary film, Tan Pin Pin, said she was withdrawing the documentary from the Titian Budaya festival after the LPF asked for cuts which she called "arbitrary and nonsensical".

"The reason for LPF's decision is because the meaning of these words could be misunderstood by Malaysians who watch it and they have the potential to be exploited to become a sensitive issue later on," said Abdul Halim.

He described the scene in question, where the late Singaporean ventriloquist Victor Khoo performs in front of an audience of children with his puppet. As part of the performance, Khoo gets the puppet to respond to him in a number of different languages.

He said the changing of the words from "friends" to "animals" could be misunderstood in three ways. 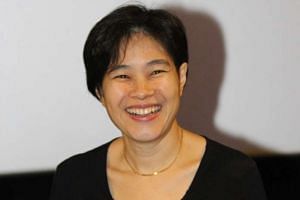 "First, the puppet assumed the friends were animals. Second, the puppet assumed it would be better to meet animals than his friends. Third, Malaysians may interpret this joke as an insult to the Malay language because the words friends and animals are two words that are very different from how they are spoken and the difference in meanings," said Abdul Halim.

He said that the censorship board decided to only mute the words "binatang-binatang", which made up only one second of screen time, and remove the translated subtitles for the words without cutting parts of the scene.

The film was scheduled to be screened this month during the Titian Budaya festival that showcases works from Singaporean and Malaysian artists to celebrate the close ties between the two countries.

Tan had posted LPF's report for the scene on her Facebook page and lambasted the decision.

"I have decided to keep the film intact and hence, would need to withdraw the film from the event, which I have done.

"Censorship is arbitrary and nonsensical. Security threat indeed!" she said.

The film, which was voted as the Best Film in 2006 by The Straits Times, had been screened in Kuala Lumpur during the 2006 Freedom Film Festival.