MEXICO City (AFP) - The bullet-riddled body of a Mexican filmmaker has been found in a central region of the violence-plagued country, where he was scouting locations for the hit Netflix show Narcos.

Carlos Munoz Portal, whose scouting credits include the James Bond film Spectre as well as Fast & Furious and Sicario was killed on Monday in a remote area near the state of Hidalgo, according to local media.

Nationwide, murders hit a record high in May, according to the latest official data: 2,186 homicides, an average of 70 a day and the most since the country began keeping track 20 years ago.

The violence is fuelled by powerful, ultra-violent drug cartels and criminal gangs.

Since Mexico deployed the military to fight organized crime in 2006, a wave of bloodshed has left more than 200,000 people dead or missing, as rival cartels wage war on each other and the army. 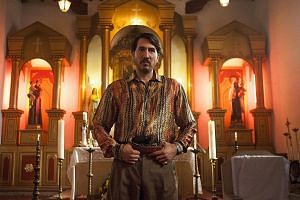 Netflix said in a statement: "We are aware of the passing of Carlos Munoz Portal, a well-respected location scout, and send our condolences to his family," adding: "The facts surrounding his death are still unknown as authorities continue to investigate."

Crime series Narcos, which Netflix created as its entry into the potentially lucrative Latin American market, chronicles the rise and fall of Colombian drug lords in the 1980s and 1990s.

Its fourth season is expected to unfold in Mexico.