The musical breaks record with most Golden Globes wins, including for best musical or comedy and director

BEVERLY HILLS (California) • The jazz-infused, popsicle-coloured musical La La Land danced off with a record seven Golden Globes, including Best Musical or Comedy, on Sunday on a night of upsets and a clear denunciation of President-elect Donald Trump by actress Meryl Streep.

No film has won more than four Globes since 1979, when the prison drama Midnight Express received six.

"I'm in a daze now officially," Damien Chazelle, director of La La Land, said as he accepted the directing award.

Despite six nominations, Moonlight, about a young black man growing up gay, received a lone trophy - albeit an important one: Best Picture - Drama. 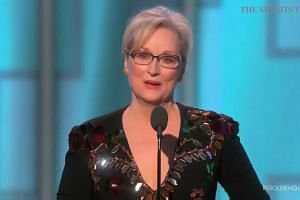 I can say I won this at the last-ever Golden Globes. I mean, it has the words ‘Hollywood’, ‘Foreign’ and ‘Press’ in it. I also think to some Republicans, even the word ‘Association’ is sketchy.

But the evening's most dramatic moments came when Streep, an eight-time Globes winner, accepted her Cecil B. DeMille lifetime achievement award and gave an impassioned speech that, while never mentioning Mr Trump by name, called him out.

"Take your broken heart, make it into art," she said, quoting "my friend, the dear departed Princess Leia", Carrie Fisher.

There were several other surprises. Isabelle Huppert took Best Actress in a Drama for the French film Elle, beating Natalie Portman, who was favoured to win for Jackie. Elle, a thriller about a businesswoman who tracks her rapist, also won Best Foreign Picture.

The foreign journalists who bestow the Globes are known for spreading their awards far and wide, but several films received nothing, including Florence Foster Jenkins, Lion, Hacksaw Ridge and Hell Or High Water. 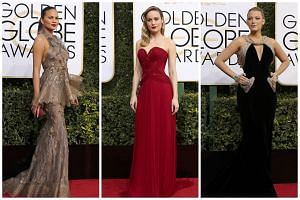 Manchester By The Sea, despite five nominations, was honoured only in the Best Actor in a Drama category for Casey Affleck.

The first award of the night, for Best Supporting Actor, dropped jaws: Aaron Taylor-Johnson won for his performance in Tom Ford's little-seen Nocturnal Animals, beating favourites such as Mahershala Ali of Moonlight.

"I made it - thank you," Taylor-Johnson said, looking a bit startled.

To the surprise of almost no one, Viola Davis took Best Supporting Actress for playing a 1950s housewife in Fences.

The night got off to a jerky start. After the host, Jimmy Fallon, opened the show with a taped La La Land-themed number, he became befuddled after a teleprompter malfunction. Still, he kept it breezy.

"Let's make tonight a celebration," he said in his monologue. Despite promises in pre-show interviews to zing Mr Trump ahead of his inauguration, Fallon even kept his political jokes to a minimum.

"One of the few places left where America still honours the popular vote," he said, almost in a mumble, making reference to the fact that Mrs Hillary Clinton won the popular vote during the election but lost the presidency as President-elect Trump won the electoral college.

For casual movie fans, the annual Oscar race starts with the Globes. (Oscar nomination ballots are due on Friday.) But the Hollywood Foreign Press Association, the group behind the Globes, has worked in recent years to make its television honours more relevant by leaning towards rookie shows.

The slow-burning FX series Atlanta, about an aspiring rapper and his manager cousin, was honoured as Best Comedy. Netflix's The Crown, about the present Queen Elizabeth, won for Best Drama, and The People V. O.J. Simpson was named Best Limited Series.

While winners steered away from directly criticising Mr Trump, several used their moment onstage to take clear jabs. British actor Hugh Laurie, collecting Best Supporting Actor for The Night Manager, said: "I can say I won this at the last-ever Golden Globes. I mean, it has the words 'Hollywood', 'Foreign' and 'Press' in it."

He added: "I also think to some Republicans, even the word 'Association' is sketchy."

Some Trump supporters, either anticipating the barbs or irritated that many Hollywood stars have been outspoken in their horror at his election, made #BoycottGoldenGlobes a hashtag trend on Twitter early on Sunday. 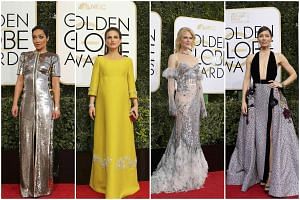 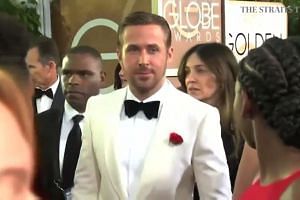 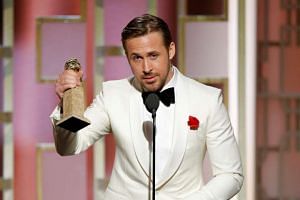 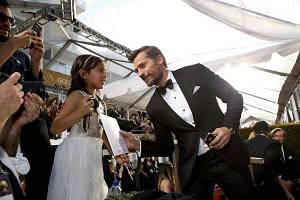 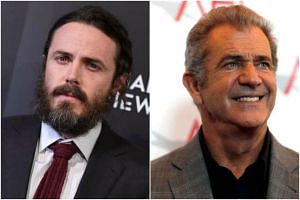 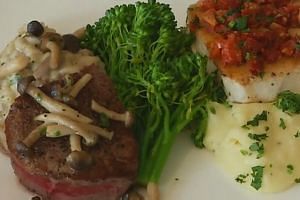