Singaporean singer Joanna Dong can finally accept the flood of congratulations that have come her way since rumours spread two weeks ago that she had made it to the grand final of the popular Chinese singing contest, Sing! China, this year.

The pre-recorded episode where she made it through to the final was aired on Friday night (Sept 29).

Dong, 35, tells The Straits Times: "My mother and husband were present at the filming so they had to join me in keeping the news to themselves.

"After the word leaked, it was especially awkward because I was receiving congratulatory messages which I couldn't properly respond to because I was not in a position to verify the news."

In Friday's episode, she and three other singers from mentor Jay Chou's team competed against one another to represent Chou in the final at Beijing's Bird's Nest Stadium that will be broadcast live on Oct 8.

First, Dong and fellow Singaporean Olinda Cho competed against each other in a duet round. 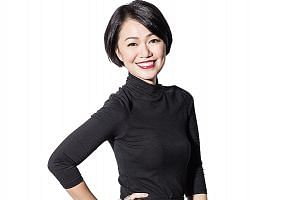 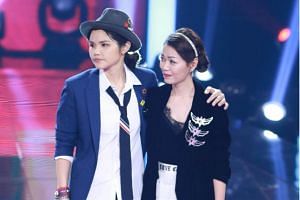 Singaporeans Joanna Dong, Olinda Cho to battle each other in Sing! China

After Dong won that round, she went on to compete and win the solo round against Dabu from China, who had earlier defeated Malaysian Janice Tan in their duet battle. 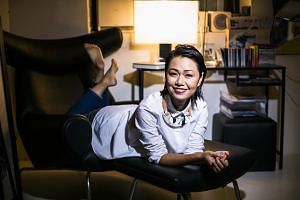 At each stage, the winner is decided by a panel of 51 judges and the celebrity mentors.

Dong says she felt conflicted about beating Cho. "I know she, too, worked really hard for this.

"The result hasn't affected our friendship. She has been nothing but supportive, constantly asking if I am eating well or if I need anything from back home."

Cho says: "I am glad Jo is in - she deserves it, she sang very well and her arrangements are fantastic. It is good that there is another Singaporean who has a fighting chance."

Up against Dabu, Dong decided to take a gamble with a quiet, introspective arrangement.

She says: "It isn't what most people would consider your typical competition repertoire because it is so sparse and unshowy.

"I decided that the audience had seen enough of my techniques and 'tricks' and since that might well have been the last song I sang on that stage, I wanted to show people that jazz music could also be elegant and emotional."

Now she will follow in the footsteps of another Singaporean singer, Nathan Hartono, who was the first Singaporean to enter the grand final in the contest.

She says: "It is all still very surreal for me. I never expected I would make it this far in the competition.

"I have long had doubts about my abilities as a singer. But having been validated by the professional 51-strong panel several times, I can no longer make excuses for myself. It's time for me to shake off my insecurities and rise to the occasion."