Singapore experimental rock quintet sub:shaman are back, this time with a full-length album, Apnea. A heady trip from start to finish, the songs in the record are a melange of genres such as rock, jazz and electronica. The band will play all the songs in the release in this launch show.

THE MADHATTER PROJECT'S PROJECT - FOR THE TIME BEING

Indie pop band The MadHatter Project, winners of the 2015 Noise Singapore music award, stage their debut headlining concerts with this two-day engagement. Conceptualised as a multimedia show, each gig will also feature visual art by artists Ho Zhen Ming and Ang Siew Ching, as well as the works of award-winning poet Stephanie Dogfoot. Smooth jazz saxophonist Daniel Chia (above) might be a new name in the music scene here, but his works have already charted on global platforms such as American online radio station SmoothJazz.com. He launches his debut album, In The Moment, produced by Grammy Award-winning American producer Paul Brown, with this show. Everyone in the audience will get a free copy of the CD. 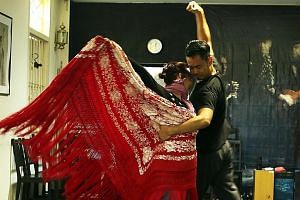 Elements, A Kiss From Mum, and more 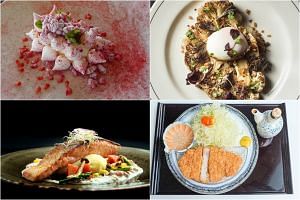 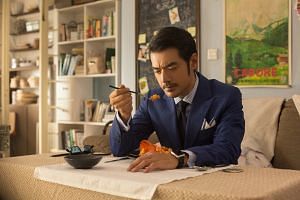 This Is Not What I Expected, Pakistani Film Festival, and more Home-grown band Blues 77 (comprising, from left, Lim Kiang, James Tan and Steve Ferzacca ) will play their final set, at least for the time being, as they cheekily suggest in the show title. Made up of veteran musicians Lim Kiang on bass, James Tan on drums and Steve Ferzacca on guitars and vocals, the blues band will play a selection of originals as well as classics from the 1960s Singapore music scene and around the world.

French electropop act Yelle, made up of singer Julie Budet (above) and producer Grand Marnier, are known for their visually arresting shows and addictive synth-driven tunes. Once described as "essential for anyone who appreciates dance floor-friendly European synth pop" by British online newspaper The Independent, the duo's shows are part of the Voilah! French Festival.