SINGAPORE - Look out Hobbiton Movie Set, competition is on the way. For the first time, fans of the hit fantasy series Game Of Thrones will be able to visit iconic sets from the show in Northern Ireland and step into the world of Westeros.

In a press statement, HBO promised that the Game Of Thrones Legacy attractions will be on scale and scope bigger than anything the public has ever seen. A tentative opening date has been currently set for 2019.

The show has reportedly been filmed in around 25 locations around Northern Ireland, including the Titanic Studios in Belfast, Castle Ward in County Down (Winterfell) and Magheramorne Quarry (Castle Black).

Plans are underway to include the standing sets for iconic locations such as Winterfell and Castle Black alongside a formal studio tour of Linen Mill Studios. A description of the full scope of the project will be revealed at a later date.

"HBO is thrilled to celebrate the work of the Game Of Thrones creative team and crew by preserving these locations and inviting fans to visit Northern Ireland and explore Westeros in person," said Jeff Peters, HBO's vice president for licensing and retail in a press release.

"We look forward to opening the gates and sharing the excitement of stepping inside these amazing sets with Game Of Thrones fans from around the world."

Each site will feature displays of costumes, props, weapons, set decorations and other production materials. Visitors will also get to experience "state-of-the-art digital content and interactive materials which will showcase some of the digital wizardry the series is known for". 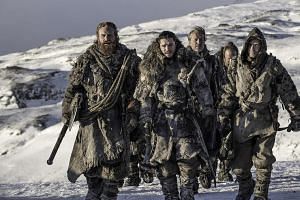 Game Of Thrones throwback: the most dramatic deaths in each season

Seasons 1 to 7 of the show are available on HBO Go. The eighth and final season is scheduled to premiere during the first half of 2019.

The attractions are expected to boost tourism for Northern Irelan.

Chief executive of Tourism Northern Ireland John McGrillen said: "While fans have seen the stunning landscapes, coastlines and mountains in the series, we are thrilled they will now have the opportunity to fully experience the charm of Northern Ireland. The Game Of Thrones Legacy project will be a game changer for Northern Ireland on a global tourism level."