Family bonding over mahjong in the time of coronavirus 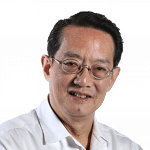 As we slowly but surely resume our disrupted lives and pick up the pieces after having been subjected to the havoc of the coronavirus pandemic these last few months, it is time to not only count the losses, but also to reflect on the positives that have emerged in the face of this adversity.

For me, one of these positives has been the chance to spend precious quality time with my family members.

We have always lived in a multi-generational home, which is an experience I treasure deeply. But for many years, we have had our own separate activities and groups of friends, and come together only briefly each day over the dinner table.

Now, suddenly, we have been thrust into one another's company the whole day, every day, and have had to find new ways to bond. And for my family, what better way to do so than to play mahjong.

This enforced respite from work and the usual social activities has turned out to be the perfect time for us to resurrect a fascinating game that, at one point, occupied centre stage in my family.

This was decades ago when I was a teenager and my grandparents were still alive.

Back then, my mum and grandparents were famous for their mahjong parties that lasted until the wee hours of the night, many times a week. I grew up amid the constant click-clacking of the mahjong tiles and screams of "pong!" 'kong!" or "chee mor" when strategic moves were made.

I used to have verbal clashes with them over this as they would be making so much noise, I could not concentrate on my studies.

"How do you expect me to pass my O levels when you guys are making such a din?" I would say angrily to them as I opened the door to my bedroom where I used to study.

They would quieten down for about 15 minutes, shushing one another to show me they were making an effort, and then uncontrollably return to their screaming and cackling.

Mahjong was a big thing to them. I just had to cope with studies on my own.

Exposed to the game day in, day out, it was natural that I would eventually gravitate to sitting behind either of my grandparents or my mother to watch what they were doing and pick up some strategy.

My mum had taught me the basics of the game when I was a five-year-old living in London, but I was more interested then in piling the tiles up into a tall tower or making a house of tiles than learning how to play.

I never really understood the intricacies of the game until I was about 10 or 12. My mum was very academic about her mahjong, and taught me how to be observant of what tiles were already on the table and to memorise those that each player was either throwing or potentially collecting.

I had to go through "exercises" where I had to pick up a series of tiles - placed face down on the table - and, without looking, identify them just by feeling the indentations on the underside with my thumb or index finger.

"Can you feel the complex grooves in the middle? Well that's a 'cheh huat' or green dragon," she would tutor me, using the Hokkien terms for the pieces.

"The 'peh pan' (white dragon) has a central clear zone while the 'ang tiong' (red dragon) is just a linear scar running down the middle."

From watching, I learnt how to "build" the tiles into a high scoring limit hand or to play defensively to stop someone else from gaming.

I also learnt to read people's characters from the way they played. Some were fearless while others were tentative and timid.

My grandmother loved to play, but she played like a goose, always throwing cards for others to win and making my grandfather furious.

"You're such a cow," he would scold her after the game. "It was so obvious he was calling for that card and you just gave it to him. You must have straw in your head."

All of this was lost on her, though, as she really did not have a bone in her body for strategy, cunning or deception. She played simply and her opponents knew it. She inevitably lost most of the time. Once in a while, she would win and she would crow about it to my grandfather.

"Bah, that's just feeding the pigs," he would retort. "Soon, they'll be back for the slaughter."

As a consequence, she was banished to the "Aunties' table" where her opponents were equally "amateurish".

My grandfather was a great poker player, but at mahjong, he was only slightly more intelligent than my grandmother. He could hold his own against his former police colleagues and, therefore, played on the "intermediate table", but that was the extent of his prowess.

My mother was the real mahjong talent. She played on the "advanced" table with the much better players, some of whom played in clubs and gambling dens. It was always fascinating to see how fast and furiously they played. It seemed like a choreographed art form.

Then, abruptly, it all stopped.

My grandparents, one by one, died and so did their friends.

My mother became a full-time grandmother, devoting her time to my son, who was born over 20 years ago.

Having to ferry him around - first to kindergarten, then to school, then to college and, now, to the army camp every day - meant she had no time to play anymore and her mahjong friends soon melted away.

I really missed those happy times and often wondered if we would ever relive them again.

Who would have thought that a pandemic would draw our family together and reignite our passion for this wonderful game that has meant so much to me and my loved ones?

• Woffles Wu's book of memoirs, Life In Plastic, is available at bookstores.