LONDON (AFP, THE WASHINGTON POST, NYTIMES) – British pop singer George Michael, who rose to fame with the band Wham! and sold more than 100 million albums in his career, has died aged 53, his publicist said on Sunday (Dec 25).

“It is with great sadness that we can confirm our beloved son, brother and friend George passed away peacefully at home over the Christmas period,” his publicist said in a statement.

“The family would ask that their privacy be respected at this difficult and emotional time. There will be no further comment at this stage,” the statement said.

A police statement said: “Thames Valley Police were called to a property in Goring-on-Thames shortly before 2pm Christmas Day. Sadly, a 53-year-old man was confirmed deceased at the scene. At this stage the death is being treated as unexplained but not suspicious.”

Born Georgios Kyriacos Panayiotou to a Greek Cypriot father and English mother in north London in 1963, he once played music on the London underground train system. 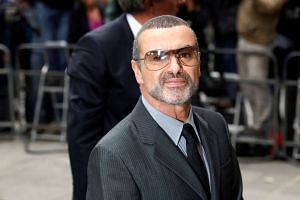 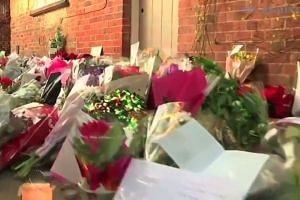 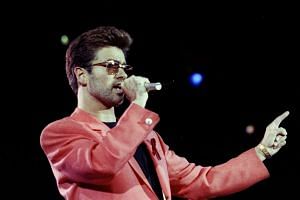 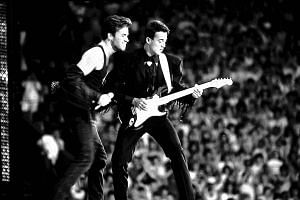 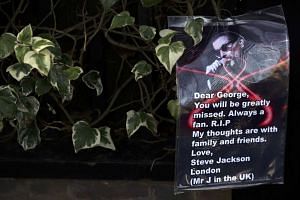 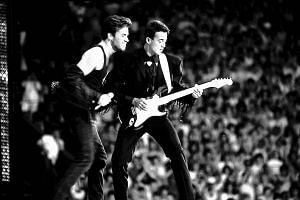 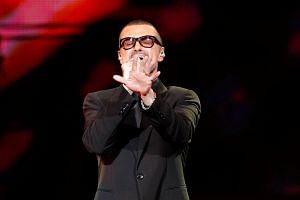 He found stardom after forming Wham! with Andrew Ridgeley in 1981 and was responsible for infectious hits like Wake Me Up Before You Go-Go and Careless Whisper.

In his solo years, he became known as a more serious singer who had massive hits such as Faith and Father Figure.

He met Ridgeley at high school.  With their good looks, perma-tans, highlighted hair and hedonistic image, the duo captured the go-getting spirit of the age and fast became one of Britain’s biggest pop acts.

So many people were listening to #LastChristmas today, not realizing #GeorgeMichael has died! Ok #2016 ....JUST STOP! #WHAM

Michael came out as gay in 1998 after being arrested for committing a lewd act in the public toilet of a Los Angeles park, the first of several incidents that were to overshadow his musical career in his later years.

He notched up police cautions for cannabis and crack cocaine possession and in 2010 was sentenced to eight weeks in jail after crashing his car into a London shop while under the influence of cannabis and prescription medication.

The singer had been out of the spotlight for the last several years, after a life-threatening bout of pneumonia in 2011.

There were fresh concerns in 2013 when he had to be airlifted to hospital after falling out of his chauffeur-driven Range Rover as it travelled at high speed on a motorway.

He was due to release a documentary in 2017 after years of living as a virtual recluse in which he hit the headlines for a series of bizarre incidents linked to drugs.

"2016 – loss of another talented soul. All our love and sympathy to George Michael’s family,” the band Duran Duran, which were 1980s contemporaries of Wham!, said on their official Twitter account.

2016 - loss of another talented soul. All our love and sympathy to @GeorgeMichael's family. pic.twitter.com/3h4xqEDXR9

Former BBC Radio One disc jockey Tony Blackburn said: “Unbelievable, George Michael has died at the age of 53. RIP. This dreadful year goes on and on. So sad, a real talent”.

Several iconic British musicians have died in 2016 including David Bowie in January and Status Quo guitarist Rich Parfitt, who died in a Spanish hospital on Saturday.