LOS ANGELES (REUTERS) - British singer-songwriter Ed Sheeran was named the world's best-selling artist of 2017 on Monday (Feb 26), thanks to his album Divide and singles Shape Of You and Perfect.

The International Federation of the Phonographic Industry (IFPI) said that Divide, which was released in March 2017, went multi-Platinum in 36 nations.

Sheeran's pop ballad Shape Of You was also the best-selling single globally of 2017 and has been certified as multi-Platinum in 32 nations, the organisation said.

The IFPI said it was the first time that a recording artist has had both the best-selling album and single of the year.

"Ed is truly an incredible songwriter, vocalist and performer, whose ability to tell stories and make people feel is what stands him out from the crowd," Max Lousada, chief executive of recorded music for Sheeran's Warner Music Group record label, said in a statement on Monday.

Sheeran, known for his ginger hair and shy demeanour, delighted fans last month by announcing his engagement to his childhood friend Cherry Seaborn, who he has known since he was 11 years old. 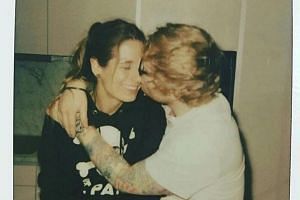 Who's Cherry Seaborn? 5 things to know about Ed Sheeran's fiancee

Canadian rapper Drake and his album More Life was named the second biggest seller globally for 2017 and the IFPI said Taylor Swift's Reputation was third, despite being released only in November 2017.