TAIPEI - Model Chiling Lin has had enough of actor Edison Chen's Weibo onslaught. After lying low for days, she hit back at him on Tuesday (Aug 2) in a statement issued through a Beijing law firm, said United Daily News.

Chen, 35, has been attacking Lin, 41, since last Wednesday over accusations that she or her camp had prevented his girlfriend, model Shu Pei Qin, 25, from joining Hey Muse, a fashion reality show for Shanghai's Dragon TV.

On Tuesday, Lin's statement said that Chen had insulted her character, hurt her reputation and caused potential financial losses and that she reserved the right to sue him. 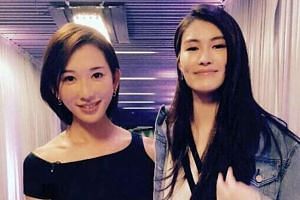 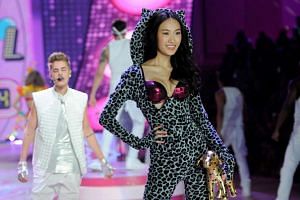 Edison Chen's girlfriend was told Chiling Lin's camp did not want her on reality show: Report

According to the statement, Lin had no knowledge of the Qin matter. Lin joined the show because it involved a charity project and she did not know of Qin's involvement, said the statement. Although Chen contacted Lin's agent about Qin, Lin's agent did not inform her, added the statement.

Also, Lin does not know Chen, Qin and Gentlemanly Scent, the Weibo user claiming to be the freelancer who had misled Qin about why she had been dropped from the show.

Responding to Lin's statement, Chen was unrepentant. On Weibo, he wrote in English and Chinese: "Woooooo that was a close call. Think about what happened in the past few days and ask yourself, why don't they just sue me?"

Chen's father also issued a statement in defence of him, said NetEase website. He wrote: "My son might have done things people don't like, but he is a genuine person, an honest man, a hard worker, and he speaks up for people he loves."

He advised Lin "not to pretend to be a wounded lamb", before concluding that "Shu Pei Qin is the real victim".