The famed musician, who died early this month, had been the annual concert's long-time artistic director 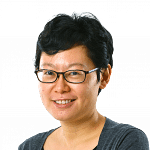 SINGAPORE - Not only will this year's ChildAid commemorate 10 years of the annual charity concert, but it will also weave in tributes to its long-time artistic director, the late Iskandar Ismail.

The music veteran and Cultural Medallion recipient died on Nov 1 from lung and brain cancer.

But even in the months before he died, Iskandar was busy with this year's ChildAid, screening audition videos and shortlisting performers, attending the performers' briefing in September and giving input for the concert programme.

Intensive rehearsals for this year's concert started last week with performers observing a minute of silence for Iskandar, who had a hand in ChildAid since its second edition in 2006.

Said ChildAid show director Jeremiah Choy, 52: "We told the performers he had passed on. He has left us with a lot of memories. To the new performers, we explained how Iskandar has contributed to ChildAid."

Mr Choy, who has been its show director since 2011, opted for a sensitive treatment of remembering Iskandar, with tributes integrated into the show segments rather than as stand-alone items.

For instance, the audience will see a multimedia projection of images of Iskandar during an act by award- winning classical guitarist Kevin Loh playing John Williams' Cavatina. The 16-year-old teen, a student at the famed Yehudi Menuhin School in Britain, said of the tribute incorporated into his segment: "I was really humbled and honoured as he contributed so much to the Singapore music scene and has been a mentor to me since 2008."

Loh, who performed in ChildAid that year and in 2010, recalled how Iskandar had given him advice on his guitar-playing at the 2008 concert auditions. Subsequently, Iskandar also gave him opportunities to perform at other events, among them the closing ceremony of the inaugural Singapore Youth Olympic Games in 2010.

Multimedia artist Brian Gothong Tan, 34, who is putting together pictures and footage of Iskandar for the video projections, said he hoped to capture Iskandar's spirit of generosity and big-heartedness.

More subtle tributes to him include the cast performing a rendition of Abba's Thank You For The Music - a nod to Iskandar who is affectionately called "The Main Man" in local music circles and who is known to the public as "The Music Man".

Iskandar Ismail: The Music Man is the title of his authorised biography.

The entire cast of more than 200 performers, including a 64-strong orchestra, will also perform the ChildAid signature song A World To Imagine, which Iskandar composed, with lyrics by poet Paul Tan, based on his original music arrangement.

The song has been performed each year at the concert since 2006. In previous years' concerts, different spins were put on the music arrangement to suit the varied themes, ranging from the Electric Edition to the Carnival Edition.

ChildAid music director Julian Wong, 26 - who as a performer in 2006 played A World To Imagine on the piano and, to this day, keeps its original score - said: "I studied the score and said, 'How would Iskandar flesh this out for an orchestra?'"

Wong, who will conduct the piece at this year's concert, said: "A World To Imagine is a very special song to me. Iskandar and I started our journey with ChildAid in 2006 and I have a picture of us at the piano figuring out the score. This year, as we celebrate 10 years of ChildAid with that same song, I know he will be with me at the podium."

This year's All-Stars Edition will also bring back some of the pioneer performers of ChildAid, including pianist Abigail Sin, 22, and opera singer Janani Sridhar, 24, both of whom have achieved international acclaim.

Sin, who performed in ChildAid in 2005, 2006 and 2009, said of Iskandar: "He was humble and sincere in his interactions with us kids backstage and effusive in his praise and encouragements. He made ChildAid kids feel special."

For the band of "ChildAid kids" who had worked with Iskandar, his legacy lives on.

Among those who were at last week's rehearsals was Sophia Joe, 15, a Year 3 student at the School of the Arts, who sang and played the piano at ChildAid 2011. She remembered him giving her a one-on-one lesson when she faced difficulty playing her piece on the piano.

His advice to her has stuck since: "He kept saying, 'Don't stop practising.'"

ChildAid, which is co-organised by The Straits Times and The Business Times, will be staged on Dec 5 and 6 at the Sands Theatre of Marina Bay Sands, the show's official venue partner. Details on ticket sales will be released later this month. For information, go to www.straitstimes.com/childaid