BELGRADE (AFP) - Award-winning British actor and director Ralph Fiennes, who portrayed Lord Voldemort in the Harry Potter series, was given a Serbian passport on Sunday (Sept 24) for "promoting" the Balkan country.

The decision to grant honorary citizenship to the 54-year-old English star was reached earlier this month by the government of Prime Minister Ana Brnabic.

"I never thought I would become a Serb and now it seems that I am one," Fiennes said in Serbian during a brief ceremony after President Aleksandar Vucic presented him with the passport and an ID card.

"We Serbs are happy to have you as a friend and now we have you as our compatriot," Vucic told Fiennes.

Fiennes, a two-time Oscar nominee, has featured in some 30 movies including in Schindler's List, The English Patient, Skyfall and Spectre.

He is currently in Belgrade shooting a movie about legendary ballet dancer Rudolph Nureyev after filming in Serbia in 2010 his debut movie as director - Coriolanus - an adaption of Shakespeare's play. 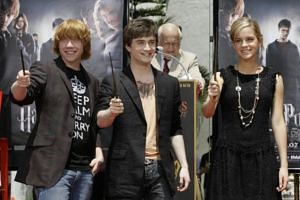 Harry Potter turns 20: Where are the lead actors now?

Fiennes is "promoting Serbia... through his artistic work and business activities", Brnabic told the Politika daily earlier this month. "He became a genuine friend and promoter of our country and thus undoubtedly deserved honorary citizenship," she said.