NEW YORK (NYTimes) - Barbra Streisand has apologised for saying that two men, who accused Michael Jackson of sexually abusing them - as detailed in documentary Leaving Neverland, were "thrilled" to be with him.

In an interview with The Times Of London published on Friday (March 22), she also showed sympathy for Jackson, saying: "His sexual needs were his sexual needs, coming from whatever childhood he has or whatever DNA he has."

"You can say 'molested' but those children, as you heard say, they were thrilled to be there," she continued.

"They both married and they both have children, so it didn't kill them."

She added that she believed the accounts of Mr Wade Robson and Mr James Safechuck, the men who claimed in the documentary that Jackson had abused them when they were children.

"I blame, I guess, the parents, who would allow their children to sleep with him," she said. "Why would Michael need these little children dressed like him and in the shoes and the dancing and the hats?" 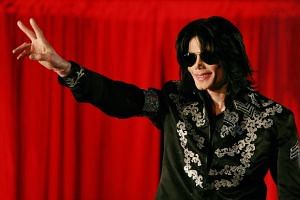 Dan Reed, who directed Leaving Neverland, tweeted whether paedophilia was tolerated in parts of the entertainment industry.

In a statement to The New York Times on Saturday (March 23), Streisand said she wanted to make it clear she did not side with Jackson but reiterated her feelings about the children's parents.

"The single most important role of being a parent is to protect their children," she noted. "It's clear that the parents of the two young men were also victimised and seduced by fame and fantasy."

Streisand issued another statement about three hours later in which she apologised.

Referring to The Times Of London interview, she said her words "as printed do not reflect my true feelings".

"I am profoundly sorry for any pain or misunderstanding I caused by not choosing my words more carefully about Michael Jackson and his victims," she said.

"I didn't mean to dismiss the trauma these boys experienced in any way.

"Like all survivors of sexual assault, they will have to carry this for the rest of their lives. I feel deep remorse and I hope that James and Wade know that I truly respect and admire them for speaking their truth."

In August 1993, Jackson was investigated by police over claims that he had molested a 13-year-old boy. In 1994, he settled a lawsuit brought by the parents for US$23 million.

In a 2003 documentary, Jackson discussed sharing his bed with a young cancer survivor. The film sparked a criminal investigation, and he was charged with child molesting, serving alcohol to a minor, conspiracy and kidnapping.

Leaving Neverland, which HBO began showing in two parts this month, features Mr Robson and Mr Safechuck detailing how they met Jackson, how thrilled they were to work with him and how he ingratiated himself with their families to have access to them.

Mr Safechuck, who was about nine or 10 when he met Jackson, and Mr Robson, who was seven, described how Jackson appeared larger than life and how they felt special because he had chosen them as buddies.

The relationships soon turned sour, after they felt that Jackson replaced them with other children.

Jackson died in 2009 at 50. Several years after his death, the two men separately sued his estate. Both cases were dismissed, and are under appeal.

On Saturday, Diana Ross, who knew Jackson since he was a child and when they were both on the Motown record label, tweeted her support of the singer.

"This is what's on my heart this morning," she wrote.

"I believe and trust that Michael Jackson was and is a magnificent incredible force to me and to many others. Stop in the name of love."