"Lee is extremely driven and sharp. She's the kind of woman who keeps her emotions inside," the actress tells the press in Seoul earlier this month.

Vikander herself is reticent about exposure on social media and not because she fears being surveilled by Big Brother. To hear the 27-year-old Oscar winner's reasons for avoiding Facebook or Twitter, it sounds as if she cannot be bothered.

"I'm not very good at it or into it. I used Facebook when it came out, but then less and less, and now I'm not using it anymore," she says. 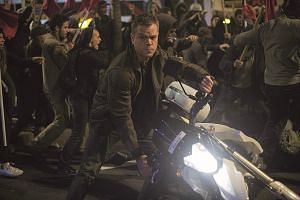 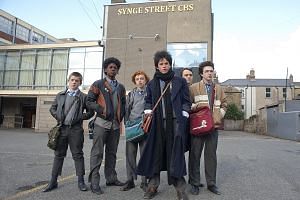 Her global lifestyle tethers her to the FaceTime app, which she sees as social media as it allows her to keep in touch with friends around the world.

She can hardly be blamed for not trying harder to tweet - an active social media profile matters very little when one's career is already glowing red hot.

Writers call her an overnight success because she arrived in Anglosphere cinema only recently, in British films such as the period drama Testament Of Youth (2014) and in indie works such as the science-fiction cult hit Ex Machina (2015). But Vikander has been active on Swedish television shows and films since her teens, before gaining global attention in the lavish Danish period piece A Royal Affair (2012).

It was a stepping stone to the frothy spy comedy The Man From U.N.C.L.E. (2015), which broke her into the Hollywood big leagues. Tinseltown also showed its appreciation of her talent by giving her a Best Supporting Actress Oscar this year for playing Gerda Wegener in The Danish Girl (2015).

She has also been named the next Lara Croft, the adventurer character based on the video game, played by Angelina Jolie in two previous films.

Writers gush about her looks, especially her expressive dark eyes, set in a face made for playing an aristocrat. They also marvel at her effortless, posh-sounding English, which she says took hard work. And the journey is not yet over.

"It's always easier to speak the mother tongue. But with every job I do in English, it gets easier," says Vikander, who is in a relationship with German-Irish actor Michael Fassbender.

Recalling how she struggled in her first English-speaking role, Anna Karenina (2012), she adds that the filter between her thoughts and English speech gets smaller with practice. It was only about a year ago that she became comfortable performing in the language.

These days, only the "extremely emotional scenes" give her trouble.

"Extreme happiness, sadness or anger - what wants to come out initially, because it's the fastest reaction, is the Swedish reaction."

But performing in a non-native language has its benefits. The language barrier helps to separate her real self from the woman she is playing.

That remove is "what you want to do with a character", she says.