The original post from Facebook page American News on Monday (Nov 14) had been shared more than 22,000 times before it was removed.

"He has hired more employees, more people, than anyone I know in the world."

"We need to be a united country not divided, after all it is called United States of America.

"In the name of Jesus, stand up for America and come together, love one another and work together." 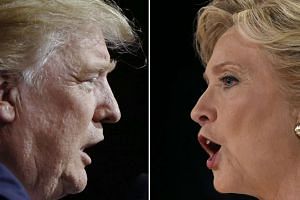 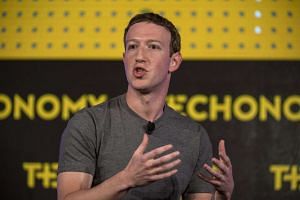 Facebook had tool to weed out fake news but shelved it for fear of upsetting conservatives: Report

Zuckerberg again rejects claims of Facebook impact on US election

Another user wrote: "He has been my favourite actor for a very long time. Knew there was something special about him. God is his saviour. Thank you, Denzel!"

The continued prevalence of fake news on the social media website has become a hot issue in the wake of the US elections.

"Only a very small amount is fake news and hoaxes," he said.

"The hoaxes that do exist are not limited to one partisan view, or even to politics."

It appears not all of Mr Zuckerberg's own employees are satisfied with his response. Buzzfeed news reported that some Facebook employees have set up an unofficial task force to deal with the issue.

American News, which specialises in emotive right-wing stories, has more than five million followers on Facebook.

The articles it shares on Facebook have links back to its main website, which does not reveal any information about the people who write and publish the stories.

The domain registration also uses a privacy service to keep the owner's identity a secret.

The BBC messaged American News for comment on the issue but has had no response.

Where then did this story come from?

In fact, American News was not the first to publish it but took it from other similar websites.

According to Snopes - one of the Internet's oldest debunking sites - a site called ANews24 published the false news about the actor back in August.

Snopes points out the quote on Mr Trump attributed to Washington are actually from an interview in the New York Post with civil rights activist Charles Evers.

"Unemployment is way up here.

"He has hired more employees, more people, than anyone I know in the world."