The slapping video that has gone viral shows that sometimes, we have to mind other people's business

About a year ago, whenever my friend and I walked our dogs, we used to notice a cute little cross- breed in one of the houses around the corner from where we live.

He had the short coarse fur and long rakish nails of a Jack Russell but looked like a mini version of our Japanese spitz, so we figured he must be a designer hybrid of the two. He was so small we affectionately named him Peanut and our affection for him was indeed great.

Whenever we passed by his gate, Peanut would literally jump for joy. But that was all he could do. The house has a massive driveway but he was always penned up in a small area which was at most 2 or 3 sq m.

Occasionally, the maid would take pity on him and let him out and he would go crazy, running so fast he would stumble, desperate in those few minutes to explore a world he longed to experience outside the confines of his "cell".

Though we looked forward to seeing him every morning, Peanut's predicament also bothered us. His pen was just large enough to accommodate his food and water bowls and a space to relieve himself. He was sleeping virtually next to his excrement and if it rained heavily, he would almost certainly be soaked.

The fact that he seemed to remain such a joyful and optimistic dog only broke our hearts more. What can we do to change his life for the better, we asked ourselves. 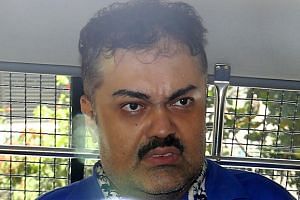 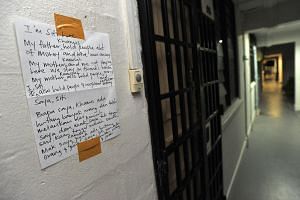 I thought of the dog this week when news broke of an online video that had gone viral, showing a daughter slapping her elderly and frail mother in the common corridor outside their HDB flat.

The video, taken surreptitiously, was posted by Mr Mohammad Juani Ali, who lived several doors away. He said he saw the old woman being abused almost daily, and he and his brother decided that they would expose the daughter by capturing evidence of the abuse and posting it online.

The video has since been viewed more than 320,000 times and prompted an investigation by the police and the Ministry of Social and Family Development.

The video has prompted a discussion on what would be the right thing to do if one were in Mr Juani's position. Some people said he should have confronted his neighbour or gone directly to the police and social workers.

As Singaporeans, we give ourselves all sorts of reasons not to act, so we need to be occasionally shown that, sometimes, being a kaypoh does lead to a happy ending.

Others have countered that what he did was already exemplary, given that Singaporeans are far more likely to mind their own business and keep quiet about it.

I know a thing or two about that.

When I was growing up, the No. 1 rule drilled into my sister and me by my parents was "don't be a kaypoh", meaning, don't go poking your nose into someone else's affairs. "Never get involved," my dad used to say. "Why bring trouble to the family for nothing?"

Talking about it with some colleagues and friends, I've found that this was quite a common piece of parental advice that people here received in their youth. Perhaps the political atmosphere in the early days of Singapore's nationhood bred some sort of universal fear of getting into trouble.

Better that you keep your head down, you were told, and live your life lawfully and quietly. No wonder my parents looked a little panicked when their civil servant son told them 15 years ago he was making a career switch to journalism.

Anyway, their sage advice was what immediately popped into my head when my friend suggested reporting Peanut's owners for animal abuse to the SPCA. 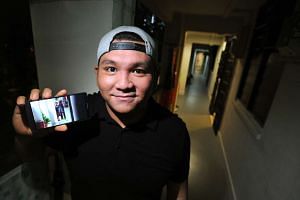 In moments of need, there's just us 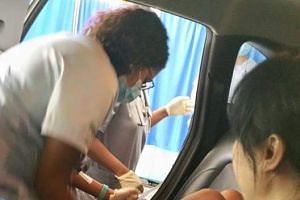 We gazed into the house, looking for clues as to the background of the owners. What if his owner is a secret society ganglord or a Rolex- wearing construction boss with underworld connections? That's entirely possible, given the neighbourhood we live in, I noted nervously.

Better not get involved, I said, channelling my parents. They'll find out where we live and they can burn our house down when we're at work.

In any case, how can we be so sure that this constitutes abuse, I asked? We have two dogs on whom we lavish luxuries such as 24-hour air-conditioning and twice-a-week trips to a special playschool where they meet their canine pals. But is that the standard we should hold all doggie parents to?

Then there is the argument that reporting a neighbour may eventually bring some sort of pain or dislocation to that family. If someone accused of spousal abuse ends up in prison or if parents are forced to split up, is there an impact on the kids? Moral decisions are hardly ever black-and-white.

This week, I heard a woman on a radio talk show relate her experience confronting a husband who was openly beating his wife in the void deck of their HDB block. She got scolded not by the husband, but the crying wife, who said this was a private matter. She said the man was her husband and so he had the right to treat her in any way he saw fit.

I guess that's what makes Mr Juani's decision to expose the abuse of the old woman so heartening. As Singaporeans, we give ourselves all sorts of reasons not to act, so we need to be shown that, sometimes, being a kaypoh does lead to a happy ending.

So did we take action in Peanut's case? After talking it through, we wrote a polite letter to the dog's owner and slipped it into his mailbox.

In it, we expressed concern about Peanut's welfare and added that if someone had bought or adopted the dog but was having second thoughts, we would happily adopt him. We left not only our address but our telephone numbers too.

Since then, you will be glad to know that Peanut's little pen has at least doubled in size and, on many occasions, it is empty because he has been let into the house. He comes to the door sometimes when we walk past, wagging his little tail enthusiastically.

And best of all, no gangsters have shown up at our door.

A version of this article appeared in the print edition of The Sunday Times on July 26, 2015, with the headline 'A happy ending for a nosy parker'. Subscribe
Topics:
More
Whatsapp Linkedin FB Messenger Telegram Reddit WeChat Pinterest Print Purchase Article Copy permalink