Third day of coffee festival sees great crowd turnout, with some exhibitors restocking after selling out by afternoon

Over 8,000 coffee fans visited the Singapore Coffee Festival on its third day yesterday.

Soon after doors opened at 10am, business began bustling for the more than 90 exhibitors in the 11,500 sq m Marina Bay Cruise Centre Singapore. Several sold out by the afternoon and had to restock.

Bun-maker Hattendo saw its cream muffins - which are making their debut at the festival - fly off the shelves, selling 1,000 by 3pm and restocking 500 for the evening session. "The crowd today just keeps coming," said Hattendo Singapore head chef January Liang, 31.

Mr Casey Thomas Blanche, 38, manager of the coffee roastery at Oriole Coffee + Bar, said: "Everything's been very positive. We've been selling a lot of coffee beans, and have had a lot of enquiries from hotels and outlets that are looking for suppliers. It's a great place to network with other businesses."

The event, which is still open to the public today, is organised by The Straits Times (ST) and presented by DBS Bank.

Despite the size of the crowd, visitors said they were not troubled by space constraints. Mr Fraser Brailsford, 44, who works in insurance and was visiting the festival with his family, said: "It's good to have everything in one place to sample, rather than travelling everywhere to try the different kinds of coffee. "

Auditor Ronald Goonting, 27, who drinks three espressos a day, appreciated the inclusion of more obscure coffee brands. "There are a few well-known names, but many that I have not seen or heard of before. I'm looking forward to trying those."

Saturday was packed with a diverse slew of activities, from a morning hatha-yoga class to a lunchtime talk and book signing by Eisner award-winning graphic novelist Sonny Liew. Foodies got to try an eight-course omakase experience hosted by ST Life editor and veteran food writer Tan Hsueh Yun, which was sold out.

At the cashless Barter Market, people traded calligraphy for coffee beans as 24 vendors cajoled passers-by into exchanging an eclectic assortment of goods and services with them.

At the ST Lounge, festival-goers listened avidly to a variety of talks moderated by ST journalists, such as one with Singtel Consumer Singapore chief executive Yuen Kuan Moon.

Mr Yuen, 50, spoke about the notion of "digital quotient", an awareness of how to conduct oneself in the digital arena, which is meant to supplement IQ (intelligence quotient) and EQ (emotional quotient).

The day was split into two sessions to ease crowd control, with each session receiving more than 4,000 visitors.

Ms Fiona Chan, head of group strategy and analytics at Singapore Press Holdings, said in the afternoon: "We had a great turnout at the brunch session today, and several exhibitors sold out and had to restock. We're looking forward to a fantastic night with the best coffee, food and booze in town, and fireworks to boot."

As the evening wound down, indie singer-songwriters Inch Chua and Tim De Cotta, as well as rock outfit Stopgap, took the stage at Sunset Wharf. At 8.45pm, a crowd gathered at Sunrise Wharf to watch a five-minute firework display.

University student Peony Ang, 23, said: "The fireworks were impressive. It was also well-coordinated with the music."

Engineer Teguh Budiman, 24, said: "The fireworks were really great, it's something new. There's a huge improvement to the whole festival compared with last year, from the location to the vendors. It's a well-packaged experience."

Said Straits Times editor Warren Fernandez: "There were lots of happy faces all round. People sampling coffees with friends, connecting with our journalists, hanging out by the wharf and generally enjoying the weekend. For us at The Straits Times, giving our readers a great experience is what its all about." 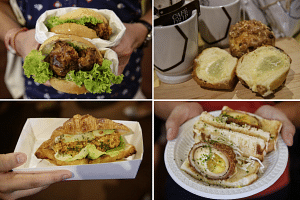 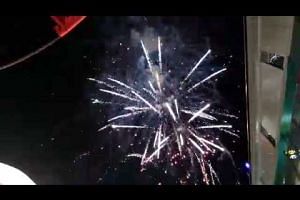 In Pictures: Coffee and more at the Singapore Coffee Festival 2017 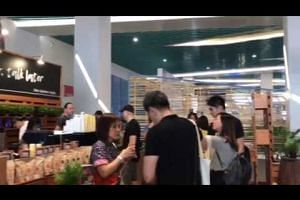 Weekend crowds turn up for coffee, talks and more at Singapore Coffee Festival 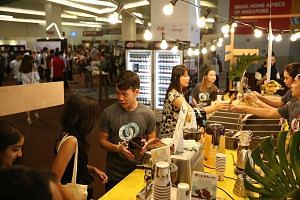 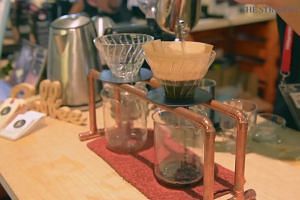 Singapore Coffee Festival opens: 10 things to look out for 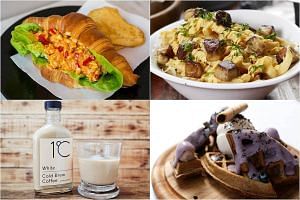 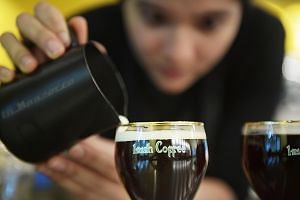 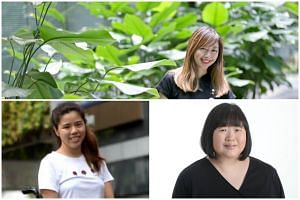 Singapore Coffee Festival countdown: 11 people you need to meet there 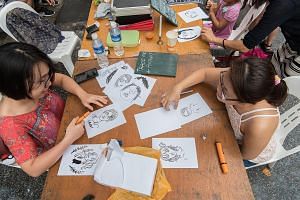 Singapore Coffee Festival: No cash accepted at this Barter Market 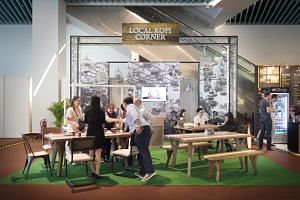 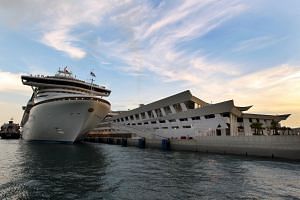 Singapore Coffee Festival: Where to park, how to get around and other things to note 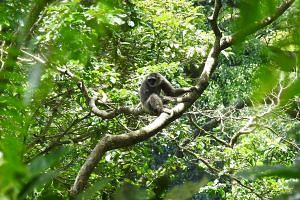 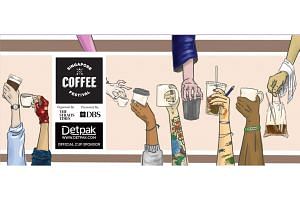 5 coffee workshops to check out at the Singapore Coffee Festival 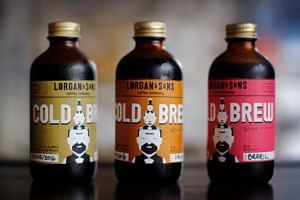 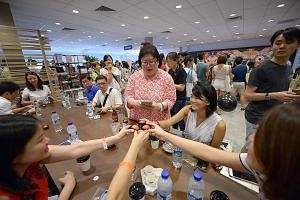 Singapore Coffee Festival: 8-course menu to go with a cuppa