Here are some highlights on The Straits Times' food website, ST Food - straitstimesfood.com.

So which is Singapore's best cheese tart? Watch the video to find out which bakery sells ST's winning cheese tart. 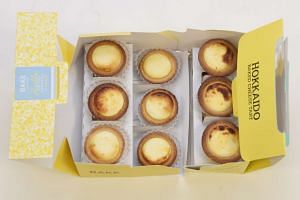 Which is the real Bake cheese tart?

The world is facing a vanilla pod shortage due to poor harvests in Madagascar after a cyclone hit the country in March. 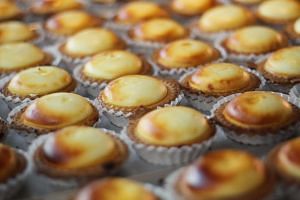 This has caused the price of vanilla pods to soar by up to 500 per cent and has resulted in a vanilla ice-cream shortage in the United Kingdom, The Independent newspaper reported.

The shortage and high prices are also evident in Singapore.

Some bakeries and ice creameries have absorbed the rising cost of vanilla while others stopped using it.

Watch a video recipe on how to make fruit and biscuit cobbler from The New York Times.

You can use any fruit that is in season, from plums and berries to apricots and nectarines.

Make a Korean dish of gaji bokkeum or stir-fried eggplant from The Korean Herald.

The eggplant is cooked seasoned with condiments such as soya sauce, rice wine and sesame oil.

ST Food features stories from ST, its sister publications as well as regional and international publications.

There are also videos and recipes. Keep abreast of what ST's food writers and other gourmands have been eating through ST Food's social media section.

Use the handy search tool located at the top of the page to navigate the site for ideas on where to eat and what to cook.

A version of this article appeared in the print edition of The Sunday Times on August 20, 2017, with the headline 'Clash of the cheese tarts'. Subscribe
Topics:
More
Whatsapp Linkedin FB Messenger Telegram Reddit WeChat Pinterest Print Purchase Article Copy permalink