There is a grand literary tradition of writing about bowel movements. We have James Joyce and Samuel Beckett and now also Jenny Zhang, whose debut short story collection opens memorably with a Chinese immigrant family mashing the contents of their clogged toilet with old toothbrushes and chopsticks because they cannot afford a toilet plunger.

The plunger is on their list of "things we need to buy immediately or else we've just lost all human dignity", but because of the cyclical nature of their poverty, they never buy it.

"(T)hat was the sort of rhythm my family fell into," reflects the narrator Christina, "disastrous and depressing in our inability to get ahead, and that was why... our butts were punished so severely in those years."

The seven stories in Sour Heart - mostly told by the young daughters of Chinese immigrant families in 1990s New York - go to some dark places, while somehow also managing to be devastatingly funny and so all the more real.

The opening story We Love You Crispina is a tour de force in its depiction of a lovable, dysfunctional family falling apart in its efforts to pursue the American dream.

Christina's struggle to adapt to American life manifests in a rash that causes her to scratch her legs until she bleeds. Her parents call her "sour apple" and "tartberry" because she craves the acidic over the saccharine. 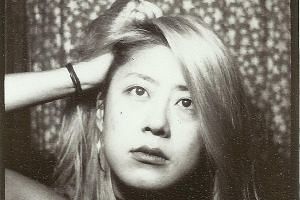 We want to see poor people as 'inspiring', it's so limiting: author Jenny Zhang

Her story is the sour heart of the collection. The way her family hits rock bottom is the standard from which immigrants in the other stories - who at one point shared a squalid apartment with Christina's family - try to disassociate themselves.

We do miss Christina's breathless, acerbic voice as we move on to the perspectives of other girls, from ditsy Lucy, who preens to cover up her insecurities about not fitting in at high school, to Annie, who must constantly assuage the neuroses of her mother, a beautiful and unfulfilled artist.

The Cultural Revolution in China looms over these stories, as an inherited trauma the children do not quite comprehend, but nevertheless find themselves haunted by.

In Why Were They Throwing Bricks?, teenager Stacey navigates a love-hate relationship with her grandmother, who turned people in during the Revolution.

Zhang's stories are vulgar yet tender portraits of how family members in terrible situations love one another - through unbearable intimacy, bitter resentment and unconscionable sacrifice.

Hers is a sour taste that cuts through the flavours to which we are too used to to cleanse the palate.

If you liked this, read: Chemistry by Wang Weike (Alfred A. Knopf, 2017, $41.76, Books Kinokuniya), in which a Chinese-American postgraduate student experiences a breakdown while pursuing a PhD in Chemistry and getting a marriage proposal.