SINGAPORE - The Singapore International Festival of Arts (Sifa) could be exempt from licensing requirements from next year onwards, said the National Arts Council (NAC), responding to concerns by outgoing festival director Ong Keng Sen about the festival's independence.

The council said in a statement to The Straits Times that the company, Arts House Limited, which runs the festival, was not previously exempt from arts licensing because it was new.

However, it added: "With a cohesive leadership team now in place, NAC will review if Arts House applies for exemption from 2018 onwards."

When an institution is exempted from licensing, it self-regulates its work and recommends its own ratings and advisories for its events and productions. Unless exempted, all indoor and outdoor arts entertainment events require an arts entertainment licence from the Infocomm Media Development Authority (IMDA).

When approached by The Straits Times, Arts House, which was formed in 2014, said applying for exemption is a direction it "would like to move towards".

Sifa replaced the old Singapore Arts Festival, which saw a dramatic drop in attendance towards the end of its 36-year run. In 2011, it had an attendance of 49,000 – down from 80,000 the previous year – and sold only half its tickets.

A review, conducted from mid-2012 to 2013, recommended that the arts industry here take the lead in organising the festival.

Ong, who helmed the festival for four years, from 2014 to this year, had told The Straits Times in an interview last Tuesday that he had been excited by the idea of an arts festival run from the bottom up, with the expectation that the Government would take a back seat. 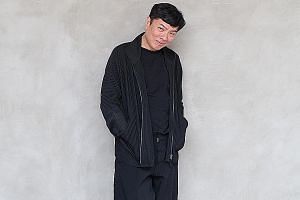 When Sifa, which is funded by the NAC, presented its first edition in 2014, it did not need to apply for arts licensing.

That year, Arts House Limited was set up to manage the festival and allow Sifa its independence. The NAC pointed out that this was in line with a key recommendation of the committee responsible for the review.

But from 2015, the festival team had to apply for separate licences to present each work in its programme, since Sifa came under Arts House, which did not qualify for arts licensing exemptions.

Institutions which enjoy exemption include the Esplanade, the Kreta Ayer People’s Theatre, Lasalle College of the Arts and Nanyang Academy of Fine Arts. The previous Singapore Arts Festival was also exempt as it was run by the NAC.

The NAC acknowledged there were instances over the past four years when "it was necessary to have dialogue with the festival team to ensure the smooth staging of productions", but noted that Ong's "vision and programming approach is distinctive" and that he has been "true to his programming vision in the last four years".

In the statement, NAC chief executive Rosa Daniel also thanked Ong "for his commitment to Sifa over the past four editions, for taking artistic risk to push boundaries in his commission of both local and international artists, and for bringing new experiences to audiences".

Ong, 54, had said in the interview that he had to alter his vision for certain events to allay official fears.

He cited this year's festival opener, Art As Res Publicae, as just one example. The original plans had been to train discussants to debate new scripts and decide whether the controversial content within should be shown at all. Sifa did not disclose which plays or what issues they had intended to discuss.

According to Ong, there had been "a lot of anxiety" about the "potentially dangerous" issues discussed, as well as questions about who would be invited to the discussion. "This is not 'arm's length'," he said.

The council said in the statement: "For this year's Art As Res Publicae, NAC helped identify facilitators and participants for the symposium to discuss complex societal issues."

Ong has clashed with the authorities over at least six Sifa works, including Iranian photojournalist Newsha Tavakolian’s exhibition last year, from which IMDA censored 15 photographs of Kurdish female soldiers, and Swiss director Milo Rau’s Five Easy Pieces in the same year, a work about paedophilia that featured a cast of children, which IMDA gave an R18 rating even though children aged 12 and older were allowed to watch the show in other countries.

While the cost of running the festival has grown from $120,000 in 1977 to $8.8 million in 2016, the council says the staging of the shows at smaller venues has resulted in lower audience numbers.

However, in the last four years, there has been an uptick in attendance, with 22,000 attendees in 2014 and 218,000 viewers for this year's edition, including social media views such as through Facebook Live (when asked, Sifa did not provide figures for physical attendees).

Festival numbers reached their peak in 2004, when there were more than 900,000 attendees.

The NAC said it hopes the festival will build on the artistic achievements of the last four years and broaden outreach across all segments of the population. From next year until 2020, Sifa will be helmed by Gaurav Kripalani, artistic director of the Singapore Repertory Theatre. In his 21 years with the SRT, Kripalani, 45, has produced more than 100 plays. The company has presented work by renowned international directors such as Peter Brook and Yukio Ninagawa.

Mrs Daniel, who wished Ong all the best in his future endeavours, said: "NAC is confident that Arts House, in collaboration with the arts community and in partnership with key cultural institutions like The Esplanade, will ensure the Festival succeed in growing new audiences while engaging more deeply with existing audiences.

"We hope to see Sifa grow to become the platform for our artists - from the traditional arts companies to our home-grown music ensembles - to collaborate and create quality works that speak to Singapore's unique multicultural make-up."

The Singapore Repertory Theatre's artistic director Gaurav Kripalani takes over as festival director from next year to 2020.