Wong will first conduct the China Philharmonic Orchestra in performance in Beijing on Saturday (June 11), before helming the Shanghai Symphony Orchestra on June 18.

He will then lead the Guangzhou Symphony Orchestra on June 25. 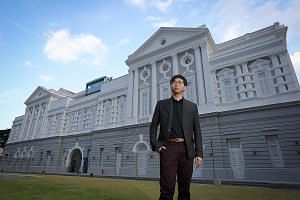 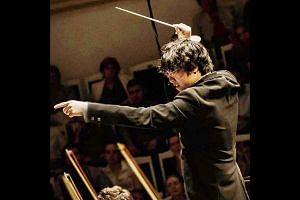 At 29, Wong Kah Chun has conducted orchestras on four continents

The repertoire will include Dvorak's 7th Symphony and his Violin Concerto, which will be performed by leading Chinese soloist Tang Yun.

On May 12, Wong became the first Asian to scoop the first prize at the Gustav Mahler Conducting Competition in Bamberg, Germany.

He had beaten 13 other competitors from around the world in the contest, which began in 2004 and is held once every three years.

Since the win, Wong told The Straits Times he had been approached by various people with offers - including a "well-known orchestra" and top-tier artist management company - for future projects and opportunities.

One of Singapore's most prolific young conductors, Wong has led orchestras in more than 20 cities on four continents.

His most recent Singapore performance was at the Botanic Gardens last Saturday (June 4), when he helmed the Singapore Lyric Orchestra's (SLO) annual free open-air concert, Opera In The Park.

Wong had turned down an invitation to conduct an orchestra in Germany to lead the SLO.