SINGAPORE - British jazz musician Jacob Collier will perform a second concert here at the the Singapore International Festival of Arts, taking the stage at the Victoria Theatre on April 28.

The Grammy Award-winner was originally scheduled to do a single ticketed event on April 27 but it sold out on Feb 21, two weeks after the performance was announced. His free talk on April 28 at The Arts House (renamed Festival House for the duration of the arts festival) is also fully subscribed.

Collier is one of the headline acts at this edition of the annual arts festival, which runs from April 26 to May 12 this year. The 24-year-old is a London-based multi-instrumentalist who won viral fame on YouTube with home-made videos of himself singing harmony in split-screen. His trademark is performing covers of cartoon theme songs and popular melodies.

One of his online fans was record producer Quincy Jones, who signed the young musician with his management company.

Collier's extra concert here is ticketed at $40 and the front row of the Victoria Theatre will be reserved for students who can buy tickets at $10 each if they show a valid student pass at ticketing outlets. The $10 front-row seats have been reserved for students at almost all performances in the festival, as part of festival director Gaurav Kripalani's bid to bring in more young viewers.

Tickets to Jacob Collier's show on April 28 at Victoria Theatre are available from Sistic (call 6348-5555 or go to sistic.com.sg). More information at www.sifa.sg 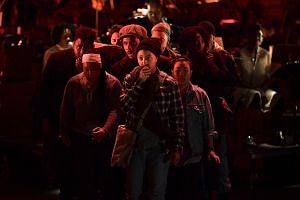 Singapore International Festival of Arts brings back the buzz