Musician Rudi Salim remembers going for his father's concerts and recordings when he was in primary school. "I grew up listening to his songs. I felt proud, seeing him onstage doing what he liked," says the 36-year-old.

The late Salim Ifi, better known as Salim I, was a popular Malay pop yeh-yeh singer in the 1960s.

They told me I have my father's husky voice.''

MUSICIAN RUDI SALIM , son of former pop yeh-yeh singer Salim I, on what his aunts said after they heard  him sing his father's songs

The genre was inspired by the upbeat pop beats of The Beatles.

With the tribute concert on Aug 13, Rudi will sing his father's pop yeh-yeh hits, such as Pujaan Hatiku (Love Of My Life) and Sebentuk Cincin Permata (A Diamond Ring). Some of the slower songs will be made more upbeat but in a traditional Malay music style, such as joget or inang.

Sharing the stage with Rudi will be The Wisma II, named after Salim I's old band The Wisma and put together specially for this performance. The band include Rudi's elder brother, Zainudin.

Besides the usual band instruments such as guitar, drums and keyboard, the band will also play the accordion, violin and an Arab lute called the gambus. 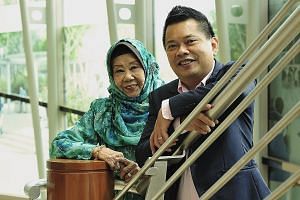 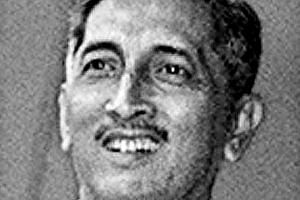 Portrait of a president 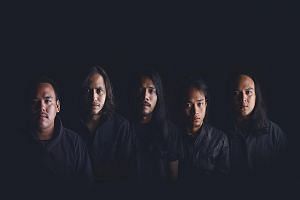 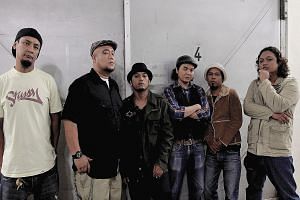 Mum, son and the rest of the band

In preparation for the concert, Rudi tried to find his father's songs online, but found only some. He does not have his father's original records.

He says: "Pop yeh-yeh is part of our culture and history. Some people forget that and, instead, they try to play only Western music instruments."

Rudi himself plays multiple percussion instruments, from the African djembe and the Afro-Cuban bongo to the Malay rebana.

He has been active in the music scene for the past five years, mainly as a session percussionist as well as leading percussion groups such as Nadi Singapura.

With this concert, he wants to revive interest in pop yeh-yeh here, especially among the younger generation. But this will be the first time he is singing his father's songs on a public stage.

He says: "I just never thought of doing it before, even though I've memorised the lyrics since young. It's in my blood."

When some of his aunts heard a recording of him singing his father's songs recently, they cried. "They told me I have my father's husky voice."