And the reviews are in for Harper Lee's much-anticipated sequel to her modern American classic, To Kill A Mockingbird.

In Go Set A Watchman, a grown-up Jean Louise, aka Scout, returns to Maycomb Alabama from New York City for a visit. Through her grown-up eyes, she realises that her beloved father Atticus Finch, and her longtime boyfriend Henry Clinton, are both racists. 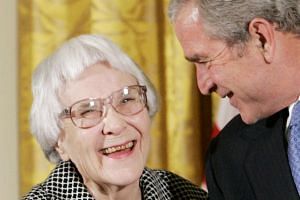 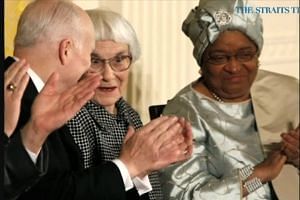 The manuscript for Watchman was submitted by Lee, now 89, to publishers and Lee's editor Tay Hohoff suggested massive rewriting edits. After two years of work, To Kill A Mockingbird was published in 1960.

The Watchman manuscript was rediscovered by Lee's lawyer Tonja B. Carter last year. She wrote a piece for the Wall Street Journal, detailing her discovery.

We round up the early reviews, which mostly conclude that the new book is no masterpiece and credit the editor with the insight and skill to recognise the buried classic in this early work. American reviewers seem more reticent, perhaps still in awe of the literary stature of Mockingbird, than those across the pond, whose reactions are more openly mixed and critical.

This review examines the differences between the two works in the light of the knowledge that the new book was actually a draft for the older masterpiece.

Legendary book critic Michiko Kakutani concludes that "the advice Ms. Lee received from her first editor was shrewd: to move the story back 20 years to Scout’s childhood" and that students of writing will find Watchman fascinating as a comparison and contrast to Mockingbird.

Reviewer Natasha Trethewey says: "Watchman is compelling in its timeliness", relating the white Southern anxieties depicted in the book with the recent brouhaha over the Confederate flag in southern states in America.

There is less examination of the literary merits of Lee's new book than a focus on the thorny ethical and moral issues of racial politics and racial justice that dog contemporary American consciousness.

Reviewer David L. Ulin bites the bullet and declares that Watchman "is an apprentice effort, and falls apart in the second half".

He says that the "long dialogue sequences... read less like conversation than competing arguments" and notes that "there is little sense of urgency", and "key aspects of the narrative ... are left largely unresolved".

Mark Lawson says Watchman is "a much less likable and school-teachable book".

The character of Atticus, who seems to have undergone a 180 degree about-face from the noble lawyer of Mockingbird, Lawson surmises is "rooted in the deep political complexities of the south – which New York editors may reasonably have thought too obscure for a broader audience". But Hohoff's editorial decisions about Atticus, he says, "significantly altered the story".

Gaby Wood says that "Hohoff deserves a posthumous Pulitzer: to see the potential for a book of Mockingbird’s quality in this one is an act of exceptional perspicacity and optimism".

She adds that while there are flashes of Lee's trademark phrasing, there are also "several passages of undigested shouting, of the kind a student might write in a political pamphlet".

Her review dives in more detail into the personal in Lee's writing, speculating about the biographical elements in this early draft, more especially about Lee's father, on whom the character of Atticus is based.

Novelist John Sutherland prefaces his review with the observation that the publication of Watchman has been "a journey from hope to disillusionment — and that even before the book has officially come out" and "rarely if ever can a follow-up — though Watchman was written before Mockingbird — have delivered such an unwelcome surprise".

His review is more sympathetic, as only a fellow writer's can be, noting that the "backlash" against the novel is a pity because it  "distracts from a thoughtful reading of the novel".

While he concludes that the book "is incontrovertibly imperfect, with a lumpy, lurching narrative", he sees it "as necessary emetic medicine for her [Lee's] vast reading public". He points out that it is "far too easy to get sentimental about Mockingbird" and believes that Lee's intention is to remind people that "Atticus is no saint, but a flawed human, as we all are. Desanctify him, and look at the real world around you."