This year's Best Actor nominees depicted displacement, disorder and devilry in their roles as men whose lives are thrown into turmoil. Seasoned actor Adrian Pang, who has won the award four times, put a Singaporean face to the global experience of forced migration in Dragonflies, while two-time winner Ramesh Meyyappan used physical theatre and illusions in one-man show Off Kilter to draw the audience into a wordless world of mental illness. The third time may be the charm for Thomas Pang, who scored his third nomination for adding sock value to Hand To God as a shy teenager whose hand puppet takes on a disturbing life of its own

Nominated for: Dragonflies (Pangdemonium and Singapore International Festival of Arts, 2017)

Like his character in Dragonflies, a play about migration, Pang, 52, has always felt "a bit of a misfit".

"I don't feel comfortable as a part of any kind of 'tribe'," he says in an e-mail interview. He spent his formative years in Singapore, then moved to Britain to work for 15 years before returning with his wife, director Tracie Pang, and their two sons.

"The only real feeling of belonging I have is with my family." In Dragonflies, set in a near future of tighter immigration laws and worsening climate change, he plays Singapore-born Leslie Chen, who loses his house and residency in Britain after the death of his British wife and is forced to return to Singapore.

The Life Theatre Awards veteran, who has more Best Actor nominations than he has fingers, finds it "ironic" to be shortlisted this time round, since he tried to avoid getting cast to begin with.

"I don't think I've fought so hard to not be in a role," he says. "I had wanted to keep myself strictly in a producer's capacity."

He was eventually persuaded to do so by a number of factors, including his wife, who directed the play and has a Best Director nomination for it. 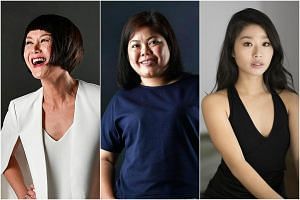 "I wrestled violently with the character," says Pang, who eventually found his way into Leslie's psyche by empathising with his fear and need to protect his family at all costs.

Pang, who will play Leslie again when Dragonflies is restaged in May, hopes the play can help people realise that they are all, on a basic level, nomads or "dragonflies", which have widespread migratory patterns.

"We all have a right to seek a home where we feel safe and secure, where we can contribute to the betterment of that communal home we share with others, where we can chase a dream of a better life - if not for ourselves, then for our children."

Having your hand possessed by a malevolent sock puppet is exhausting work. At one point, Pang, 27, had to ice his entire arm.

In American playwright Robert Askins' dark comedy, he played Jason, a socially awkward boy who has recently lost his father and is encouraged by his church pastor to get involved in puppetry. But his sock puppet Tyrone takes on a life of its own, spewing vulgarities, voicing Jason's darkest thoughts and even ripping off someone's ear.

Before acting in Hand To God, Pang says he was rather like Jason. But now, he thinks there is a bit of Tyrone in him - and he does not mind.

"Tyrone is not evil, it's just id," says the Malaysian actor, who is single.

Juggling the personalities of Jason and Tyrone was a journey into his impulses. During rehearsals, he allowed himself to acknowledge the ugly thoughts in his head. "Like, I'm not going to learn my lines today, I'm just going to go home and eat candy all day. Or, this person is walking so f***ing slow, I wish I could hit him in the back of the head with a sledgehammer.

"Of course, you're not going to do that, but you let out that frustration and you feel better afterwards."

Pang and his co-star Ann Lek drilled with puppeteer Benjamin Ho of Paper Monkey Theatre. Like most puppeteers, he formed a ritual with his puppet - he would pay his respects to it before the show and thank it afterwards.

He still keeps one of the puppets from the show. "It truly is a special relationship."

It is his third Best Actor nomination in as many years. "It's nice to be recognised, no matter what the outcome is. It makes me appreciate the theatre community here."

Last year, he appeared in Web series Average Guys as long-suffering producer Alex, and co-founded nonprofit collective Three-In-One, a weekly space for working actors and directors to meet, rehearse and dissect a script for three hours.

"I hope people take it upon themselves to make works on their own without waiting for permission or money or an audience," he says. "If you have an idea, get your friends and perform it in your living room."

Nominated for: Off Kilter (TheatreWorks and Tron Theatre)

Through mime and magic tricks, Meyyappan, 44, invented a vocabulary with which to express without words the experience of mental illness.

He played Joe Kilter in the play, an obsessive-compulsive salaryman whose world collapses when he learns he has been fired.

"Mental health has been much overlooked and stigmatised at times," he says via e-mail.

Meyyappan, who was born deaf, lives in Scotland with his wife and daughter, six.

At first, he and a choreographer developed a physical piece that leant towards the absurdist genre, but he realised it was not working.

"There wasn't a clear enough emotional journey and I began to feel that mental well-being is not absurd. For many, it's a reality, and we needed to make a connection. Folks had to understand it and empathise."

He worked with illusionist Kevin McMahon on a number of simple illusions. "We wanted the character to have his mind play tricks on him."

He feels that he has been fortunate not to be pigeonholed as a deaf actor. But more can be done, he says, to provide funding and access to work opportunities, training and education - including at degree level - for the deaf and disabled who want to pursue a career in the arts.

"There is a real need for leadership in this area - work and companies that are led by the deaf," he says. "I've sought and found some excellent collaborators who value my contributions and don't patronise because I'm deaf. I'd like others to be as fortunate." 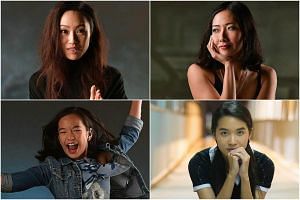 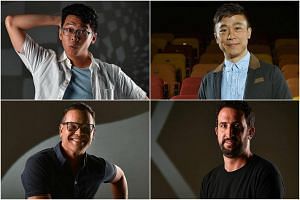 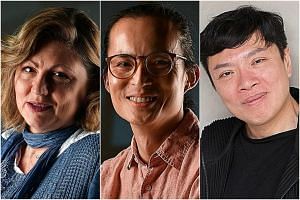 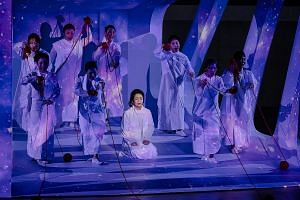