The legal troubles facing Art Heritage Singapore, the firm behind the private museum Singapore Pinacotheque de Paris which closed on Monday after barely a year in business, are piling up.

The Straits Times has learnt that two more lawsuits were filed against the company, by a security company and a media house, bringing the number of reported lawsuits to four so far. 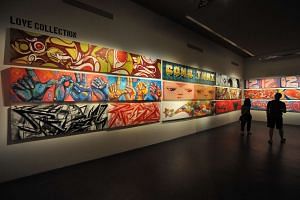 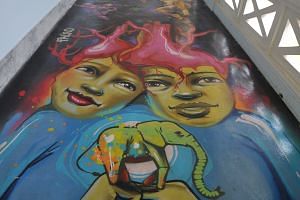 A former employee said he was asked to go on "half-time contract" on reduced pay between April and August last year.

He quit last August, nine months after joining the museum in November 2014. "Visitor attendance was a concern among the staff members, as we noticed it was low," he added.

Art Heritage Singapore chairman Marc Restellini told ST in an e-mail interview from Paris that he will "do my best to convince all the partners to pay the salaries as soon as possible".

Mr Restellini said the museum attracted between 250 and 400 visitors on weekends following the museum's opening last May. But in the last six months, daily visitor numbers were "usually around 25 to 40" people.

The two new lawsuits were filed in the weeks leading up to the museum's sudden closure on April 11. Security company Jasa Investigation and Security Services is seeking a sum of about $89,000 in a suit filed on March 29.

Media house Burda Singapore, whose magazines include Prestige and August Man, filed a claim for just over $14,000 on April 4. The case involves advertisements placed with it.

Last week, The Straits Times reported two ongoing lawsuits against Art Heritage Singapore. One was filed by media and digital agency Mediatropy over a sum of about $110,000 and another by Italian company Arthemisia Group over about €435,000 (S$668,000).

Housed in Fort Canning Arts Centre, Pinacotheque Singapore was the only overseas outpost of the Pinacotheque de Paris in France, which closed on Feb 15 due to falling visitor numbers.

The museums focused on showing Western masterpieces from private collectors around the world and the Singapore Tourism Board (STB) facilitated the setting up of the museum in Singapore.

A 2014 New York Times report said that Singapore Pinacotheque cost US$24 million (S$32 million). Both museums were set up by Mr Restellini, who is a French curator and art historian.

STB's executive director of arts, entertainment and integrated resorts Carrie Kwik said the board provided funding that was used solely for the redevelopment of the Fort Canning Arts Centre, and that STB would work with relevant agencies, such as NParks, to "identify other meaningful concepts that could add value to the centre".

• With additional reporting by Huang Lijie