Culture Vulture: Letter writing's becoming quite the thing during the Covid-19 pandemic 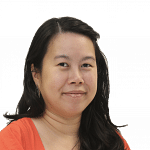 SINGAPORE - The call went out on Instagram last month: Write a letter to a prisoner; tell them about something beautiful.

As part of The Isolation Journals project, writer Suleika Jaouad was partnering California Medical Facility to collect letters written by the public to someone who is incarcerated. The facility, a prison prioritising men who are sick or physically challenged, had - like many other prisons - cancelled visiting hours indefinitely because of Covid-19.

"So write, write, write," summed up the posted appeal. "Let them know what's going on in the world. Remind them of their humanity; you can bet inside those walls someone is reminding them otherwise."

So on a Saturday morning, my family sat down and put pen to paper.

He looked unsure. Finally, after much consideration, he wrote down, "Dear Mr _____,"

Half an hour later, our letters were stuffed into an envelope, sealed and addressed to the California Medical Facility. In my best fountain-pen cursive, I'd written about Singapore and our unseasonably cool, rainy weather. My husband refused to let me read his letter, executed in ballpoint scrawl.

We posted the letters, hoping someone, somewhere, would unfold our simple sheets of copier paper - and find a window.

Letter-writing is having a moment in these pandemic times.

The New York Times reported two weeks ago on snail mail helping people through this period of isolation, grief and unrest. High-school students are writing letters to officials, legislators and United States President Donald Trump, expressing their views and protests in the aftermath of African American George Floyd's killing. Others are sending more handwritten notes and postcards to friends and family. Pen-pal programmes for people in assisted-living facilities are drawing overwhelming response.

In Britain, the Loneliness Minister has urged people to write letters and cards to the elderly or otherwise clinically vulnerable during lockdown. Meanwhile, Australia Post is campaigning for Australians to share handwritten letters about their Covid-19 experience. Selected letters will be archived in the country's national archives in Canberra.

Tired of Zoom meetings, people have taken to the Internet to wax lyrical about the handwritten missive. Reddit's r/penpals discussion forum has 125,414 members. Competition to be picked as a pen pal on that subreddit is keen.

When shops reopened during phase two of the reopening of Singapore's economy, the first thing I did was stock up on letter-writing pads and envelopes at Daiso for my very non-essential outgoing mail. I also convinced (okay, coerced) a dear poet-friend to start exchanging postcards with me, taking a leaf from Irish writer Jan Carson's Postcard Stories - in 2015, she wrote a short story on a postcard each day and mailed it to a friend.

Given the unprecedented global situation, we are inhabiting a moment in history worth documenting. Not just in e-mail and WhatsApp messages, but with the thingness of the thing.

In 1973, at a site in Vindolanda, Northern England, archaeologists unearthed a trove of Roman lists and letters. Written with ink on wooden tablets, they gave a glimpse into the lives of Roman soldiers stationed at forts there circa 85 to 370AD. Their contents, in Latin, were mundane: "I have sent you x pairs of socks… two pairs of underwear." "My fellow soldiers have no more beer. Please order some." "I did not care to injure the animals while the roads are bad."

Imagine someone digging up an iPhone two thousand years from now. Would it power up, much less yield its texts? But physical letters, if miraculously not rotted away, would be legible and hard to ignore.

An invitation to think

In the 2019 Canadian film, MS Slavic 7, directed by Deragh Campbell and Sofia Bohdanowicz,

a woman travels to Harvard's Houghton Library to look at letters written by her great-grandmother, the late Polish poet Zofia Bohdanowiczowa.

Appointed the family's literary executor, the protagonist Audrey Benac pores over the words Bohdanowiczowa wrote to another Polish writer, Nobel Prize-nominee Jozef Wittlin. She projects the fragile envelopes on an overhead projector, meditating tenderly on the enlarged images.

"When you're reading a letter, you're so aware of the barest motivation to record and communicate. Kind of heartbreakingly desperate how straightforward that intention is," Benac, played by Campbell, muses in a documentary-style soliloquy.

"What a letter means," she adds, "is a message that traverses a public system… The meaning of a letter is to travel and deliver."

My letters, in these grounded days, are stand-ins for my restless self.

Letters, like people, go through borders, checks and systems. They are sorted and re-sorted. Effort is required. A letter symbolises the robustness of public infrastructure in both the sender's and recipient's country. Air freight and ship cargo. Reliability, efficiency, openness.

More On This Topic
I care, therefore I write letters
Putting a colourful stamp on Singapore's history

Since the start of the pandemic, I have tried to chart the state of national entities and organisations this way. The time it takes for Japan Post to deliver a parcel to me, tracking it online from Gifu to Aichi, before it finally leaves for our shores (12 days). For a haiku on white cardstock to make its way to Tel Aviv (21/2 months). For a birthday card to slip through a mail slot in Buenos Aires (lost in transit). Or another to get to Casablanca (unknown; occupant still awaiting repatriation from Istanbul).

E-commerce goods pass through the same hurdles. But a letter is an exploratory gesture. Words flung out into the world with equal measure expectation, trepidation and hope. Who will steal, vet, censor or discard them? What joy or change can they bring?

In this particular moment, as countries grapple with the Covid-19 crisis, each letter beginning its journey is an invitation - to think of how our social structures work, who controls these systems, and how we can make them better.