If a traditional narrative involves presenting readers with key aspects of characters' lives to tell a story, Ducks, Newburyport upends this in favour of an unfiltered look into its protagonist's mind.

It does this in a single sentence that runs on for around 1,000 pages, reflecting the stream of consciousness of a middle-aged Ohioan mother-of-four as she ruminates on her insecurities, mortality, family relationships and the state of the world in which she lives, amid an unending list of thoughts, events, wordplay and pop culture references.

It is not an easy read, with the unnamed narrator flitting through countless, seemingly unrelated topics in the span of a single page. Each new or recurring thought is introduced by the phrase: "the fact that".

But the intimacy of this form of storytelling, accompanied by revelations peppered throughout the novel, makes it a worthwhile, if at times overwhelming, read.

One unexpectedly learns, for instance, that the narrator is a cancer survivor as she is reflecting on parenthood: "... the fact that toddlers show a little mercy, they really do, or maybe I've just forgotten what two-year-olds are like, the fact that I missed Jake's best years, being busy 'embracing change', otherwise known as having chemotherapy..."

She feels guilty about neglecting her oldest child by remarrying after her ex-husband left; she remains haunted by her mother's untimely death; and she feels like a failure for leaving her teaching career to be a self-employed pie-caterer. 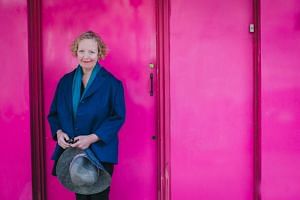 Booker 2019: Shortlist dominated by stories of, and by, women

Much like how it takes time to know a person, the significance of the words springing to her mind is not something readers can immediately grasp.

The first appearance of the titular phrase "Ducks, Newburyport" is brief and unexplained, revealed only later to refer to her mother's near-death experience of falling into a duck pond at the age of two in Newburyport, Massachusetts.

Ellmann masterfully chronicles how sociopolitical issues play out on a personal level as well, from sexual assault to gun violence to climate change.

The narrator is outraged that children go to school worrying they will get shot by a rogue guard, thinking at some point: "... the fact that half of the folks around here would call us irresponsible parents for not owning an M-15 or M-16 or an AK-47 even".

Providing some reprieve from the thoughts are interspersed passages about a lioness and her cubs. The link between both narratives becomes clear to the reader who persists with the book.

With the torrential amount of details in the novel, it is easy to miss out on some nuances. Recognising this, however, forces one to learn to be present in the narrator's journey and, in the end, entertain the thought of revisiting it.

If you like this, read: Solar Bones by Mike McCormack (Canongate Books, 2017, $18.95, Books Kinokuniya), also narrated in a single sentence, in which a dead middle-aged engineer reminisces about his past life when he returns on All Souls' Day.