SINGAPORE - More than 73,000 people attended the Singapore International Festival of Arts (Sifa) this year, up from 55,000 visitors last year. The annual arts festival had over 150 ticketed and free events from May 16 to June 2.

First launched as the Singapore Festival of Arts in 1977, Sifa is presented by not-for-profit organisation Arts House Limited and commissioned by the National Arts Council. It is currently helmed by festival director Gaurav Kripalani, whose three-year term began last year (2018).

The festival's free closing concert featuring the Singapore Symphony Orchestra (SSO) at the Botanic Gardens drew crowds. Mr Nigel Phang Teck How, vice-principal of Dazhong Primary School, went for the concert with pupils from his school's junior orchestra and choir. Since the pupils had previously attended an SSO concert for children in a concert hall, the outdoor event was chosen to "provide another perspective of how the arts could be positioned to connect with people", he said.

The 48-year-old added: "The concert provided a unique opportunity for our children to be exposed and be connected to the community, giving them a shared experience via the arts." 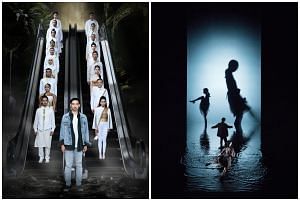 Mr Chan, 35, wanted his students to see how classic works have been adapted for contemporary audiences. He said: "The experience with Sifa has been enriching, enlightening and entertaining."

Festival director Kripalani said: "Sifa is about taking us out of our comfort zones and broadening our horizons. The biggest compliments we received were from audience members who said, 'Thank you for presenting that show. I've never seen anything like that before.'"

Ms Sarah Martin, chief executive officer of Arts House Limited, said: "We see a greater range of audiences attending Sifa, a goal we strove for when curating a diverse programme."