SINGAPORE - The urge to tidy up has rocketed during the pandemic in Singapore and around the world, says tidying expert Marie Kondo.

The Japanese organising guru, author and founder of KonMari Media, Inc, started a global decluttering blitz after the English translation of her first book, The Life-Changing Magic Of Tidying Up, was published in 2014, selling millions of copies.

In an e-mail interview with The Sunday Times, Kondo says her latest Netflix show has spurred growth in the consulting arm of her KonMari business. It saw about 700 consultants-in-training sign up during the pandemic.

There are now over 700 certified KonMari consultants in more than 54 countries around the world. These certified consultants are authorised to help people tidy their homes using Kondo's methods.

KonMari consultant training courses used to be conducted in places like Britain and the United States, but the Virtual Consultant Certification Course was introduced last year as a result of pandemic travel restrictions. Course fees start at about US$2,200 (S$2,970), with an extra annual licensing fee of US$500.

The growth in KonMari consultants worldwide is mirrored here too.

"In Singapore, we saw an increase in the number of course attendees in 2020 to 2021 - there were nine people who attended our courses in this time frame. A majority of them have completed the certification process," says Kondo via e-mail.

There are now 10 certified KonMari consultants in Singapore. The first got certified in 2019.

Interest in tidying could be attributed to a desire to exert control in these uncertain times.

Kondo says: "I think many people looked for answers to address their anxiety of the unknown and the KonMari Method gave people an opportunity to have control over something, which was their own space at home, and, more importantly, focus on the things that spark joy in their lives."

She ties this interest in home organisation to a pandemic surge in consumer spending on home supplies in the US, where she is now based.

A report by Rakuten Intelligence, which provides e-commerce data, shows that sales of home furnishings increased by 44 per cent and sales of home improvement supplies exploded by 92 per cent in September to December last year, compared with the same pre-pandemic period in 2019.

More On This Topic
The joy of letting go: Marie Kondo on why tidying up matters more than ever

A Department of Statistics spokesman says: "Excluding the circuit breaker period (April to June 2020), which saw large year-on-year declines as most physical retail stores were closed, retail sales of furniture and household equipment saw year-on-year increases in sales since February 2020, with people spending more time at home due to work-from-home arrangements."

This growth was 12.2 per cent this February, compared with 7.1 per cent in February last year, the Department of Statistics figures show.

Dr Victor Seah, a senior lecturer in psychology at the Singapore University of Social Sciences, says the appeal of the KonMari movement, which struck a chord a few years ago - syncing with wider trends like the rise of minimalist design and worries about sustainability - taps the much-needed comfort of rituals and habits against the turbulent backdrop of Covid-19.

"There's a calm in such rituals, for example, the specific method of folding laundry, that fits in with this sense of wanting to be in control, where the KonMari Method presents itself as a solution," he says. 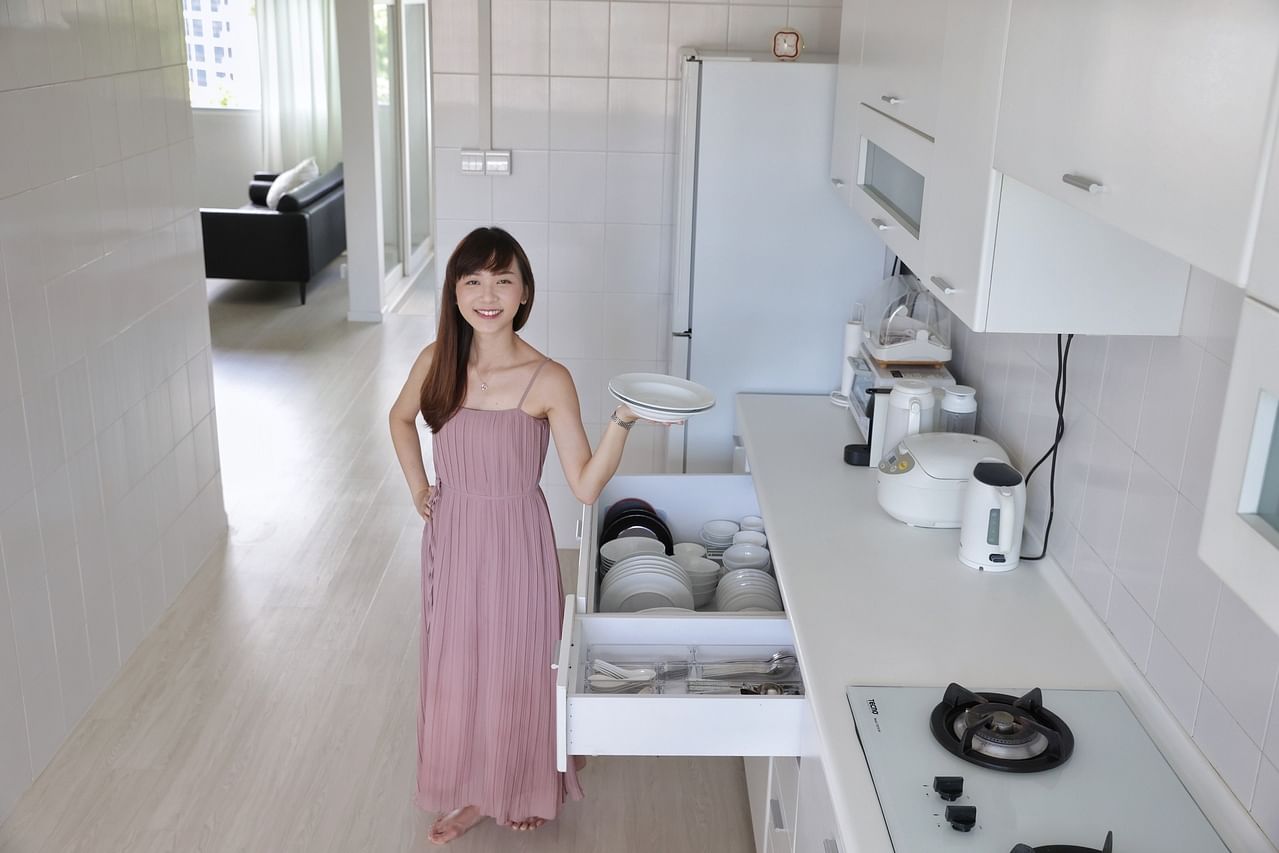 Much as pandemic hobbies are a way to destress and relax, they can also be a source of clutter and stress at home.

Certified KonMari consultant Esther Tan, 28, recounts how a client let her penchant for baking and bento-making take over her kitchen.

The client used to move all her cooking appliances - toaster, rice cooker and air fryer - from the kitchen counter to the dining room to make room for baking. Family dinners were confined to half the dining table.

Enter Ms Tan, who helped uncover underused kitchen space to store some of these appliances. 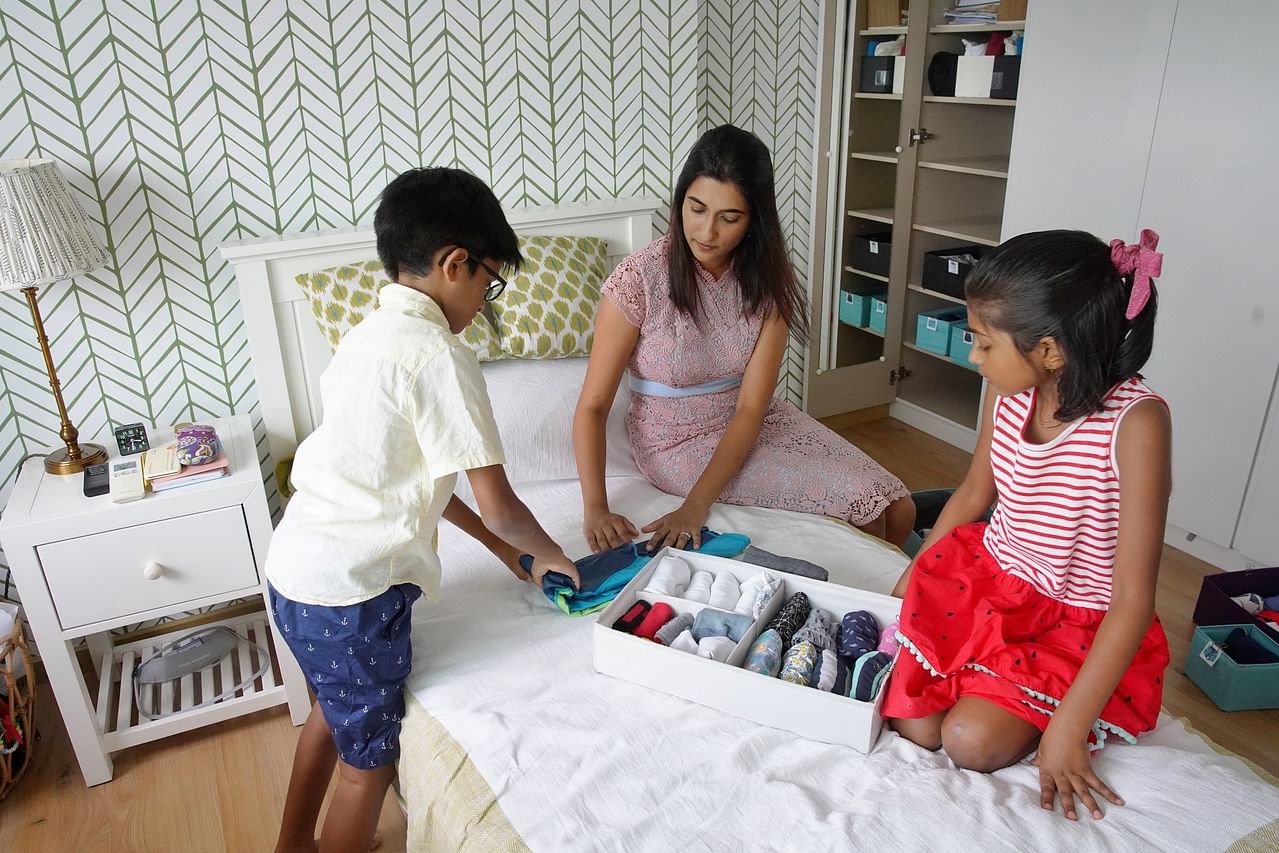 Children's toys "exploding from every nook and cranny" are the tipping point for many clients seeking the help of certified KonMari consultant Aparna Chari Sundar.

Working from home while feeling unable to maintain a tidy household is a common sentiment, says Dr Sundar, 35, who went through medical school in India and once worked as a hospital administrator here.

The Singapore citizen, who was born and raised in Bangalore, says: "There's been a big need for tidying during the pandemic. People are opening cupboards and looking around their homes a lot more. Before, they probably didn't take notice of what was going on at home until the weekend."

Jettisoning the physical and psychic load 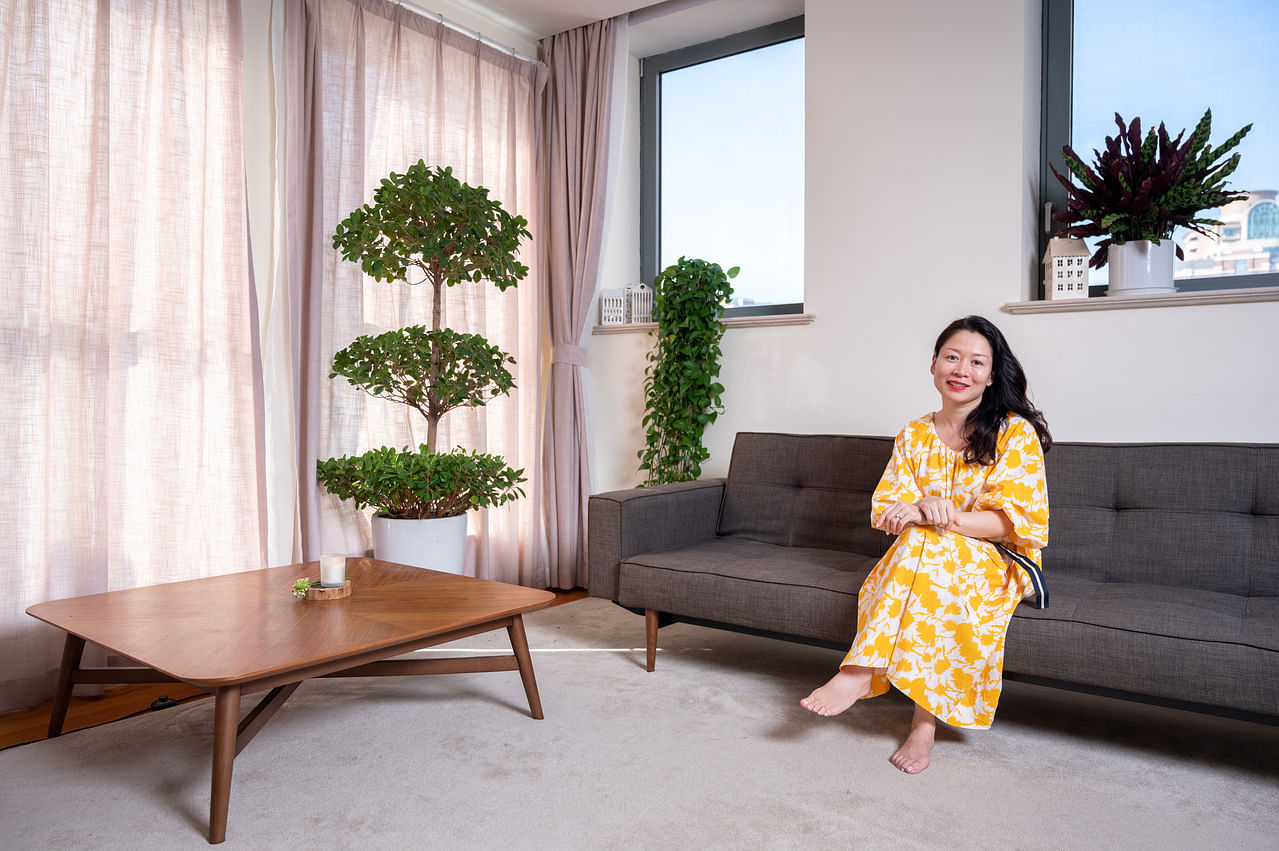 For 10 years, Ms Eve Wee-Ang toted seven boxes of mementos with her as she moved house four times.

Ever since she left her childhood three-room Housing Board flat for her first marital home, she would "sentence these items to imprisonment in the storeroom" in all the homes she found herself in.

The boxes included photographs, keepsakes from friends and a delicate Tiffany bowl - a wedding gift. These travelled with her even to Shanghai, where she moved to for her husband's job 13 years ago.

Tidying takes off during Covid-19: Helping to diminish domestic tensions 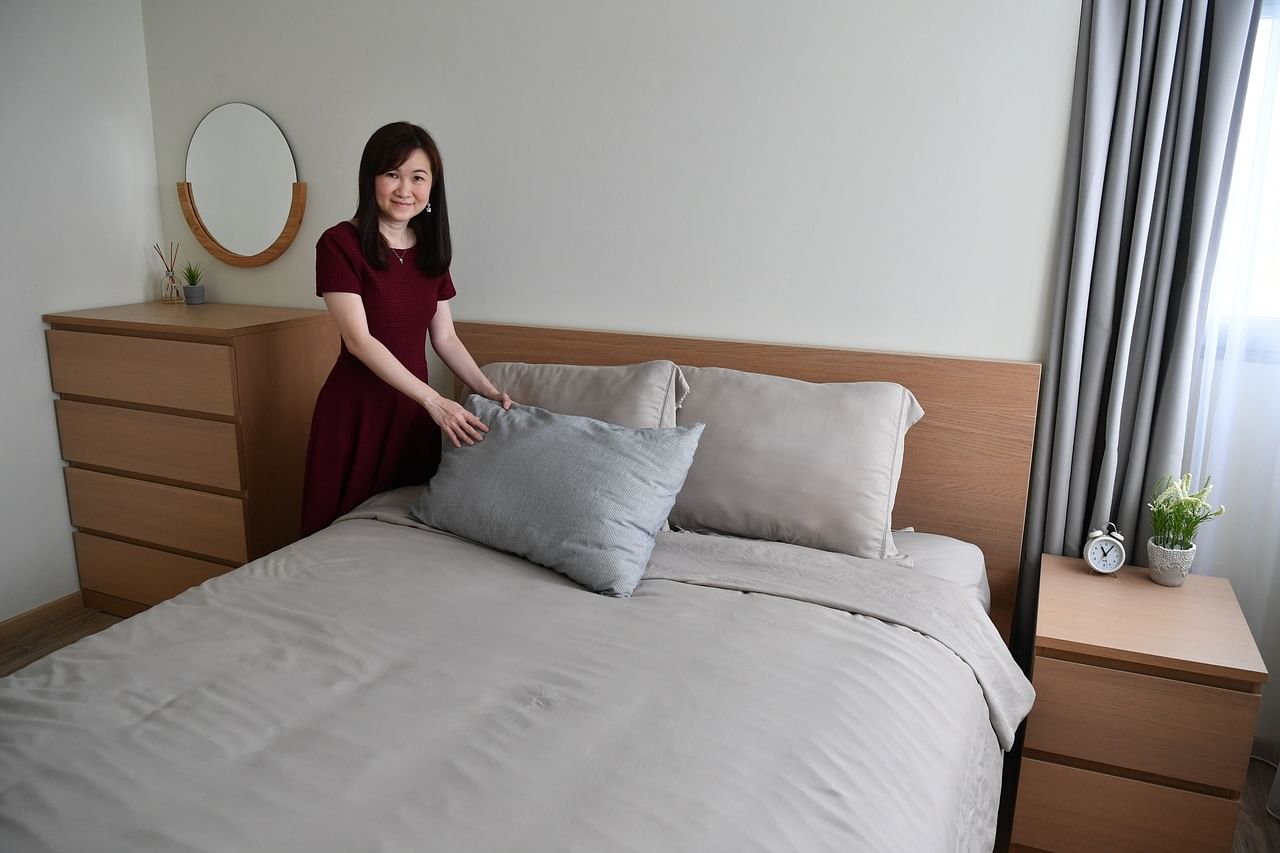 Ms Martini Constance Lim did not expect that most of her customers wanting to declutter would be men, rather than women.

The expatriate had wanted to sort his belongings and gadgets before relocating overseas. He needed help to sift through the many cables he had, some of which no longer worked.

Wanting to get organised but not knowing how and where to start is far from uncommon among both genders, says Ms Lim.