With less harmful emissions and no petrol costs to consider, the dollars and sense of driving a fully electric car makes a compelling proposition

The progress in today’s electric car technology means that drivers keen on sustainable zero-emissions motoring can now choose from a wide range of electric car options at price points comparable to cars with an internal combustion engine. Here are some notable options offering value for money, performance and everyday practicality.

Local Hyundai distributor Komoco Motors has been at the forefront of electrification in Singapore, and models like the all-new Kona Electric and Ioniq Electric have been driving this sustainable, zero-emissions crusade. 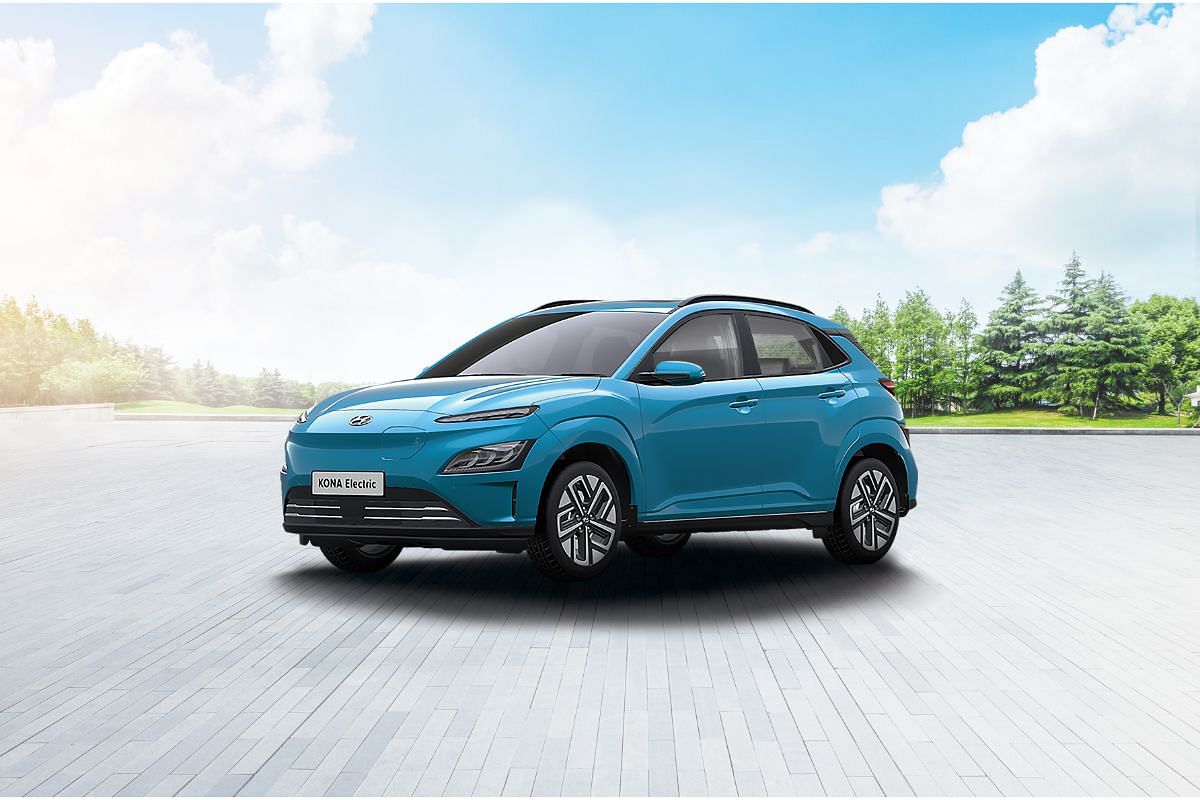 Catering to the varied needs of drivers, Hyundai has three specific electric vehicle offerings in its line-up: the Kona Electric standard and long range SUV, as well as the Ioniq Electric sedan. They each come with a driving range of up to 305km, 484km and 311km respectively, enough for a week’s worth of city driving. Performance figures range between 135hp and 201hp with 395Nm of torque for an enthralling surge of speed when called upon.

Designed for confidence with smooth curves and a dynamic stance, both the Kona Electric and Ioniq Electric promise satisfaction – from the moment the cars are seen to the point they are driven off the lot.

In the Kia Niro EV, practicality does not come at a compromise as the crossover checks off the boxes for spacious practicality, a well-appointed cabin and premium features. These include a reverse camera with guidelines, ventilated front seats, rear cross traffic alert and blind spot collision warning. 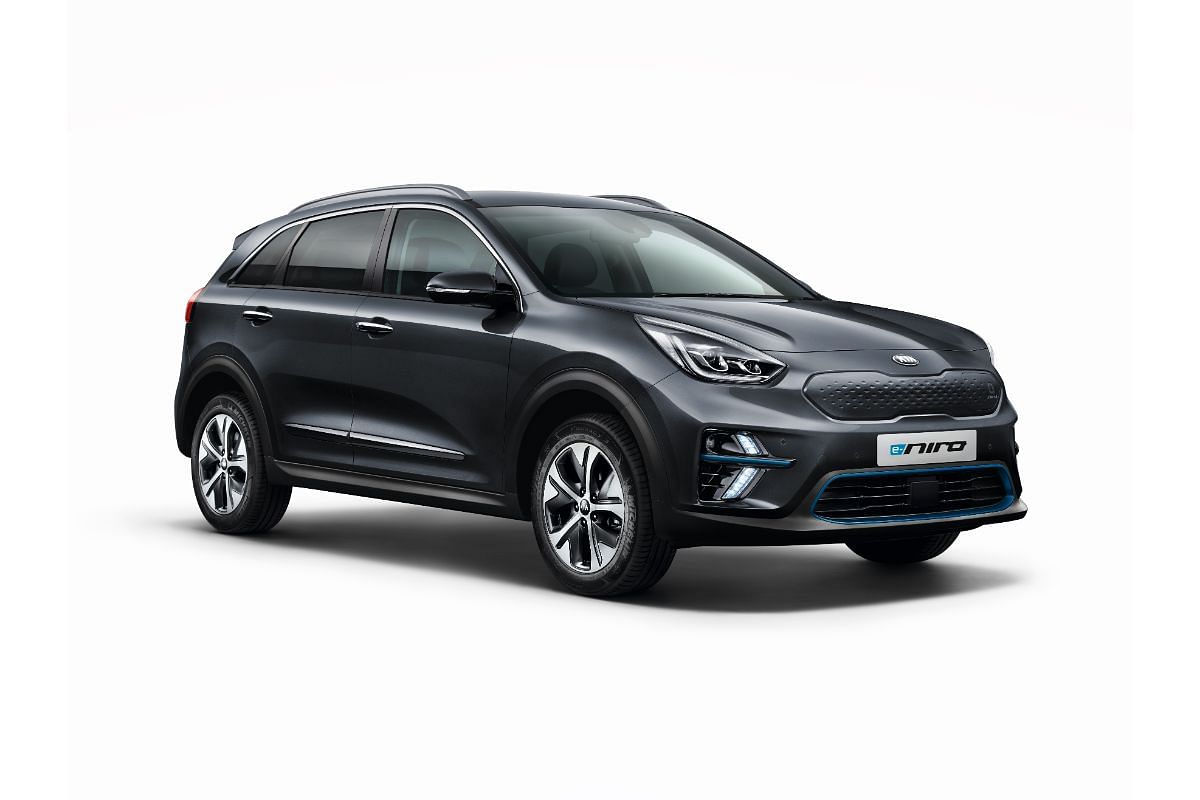 With 204PS and 395Nm of torque, the fully electric Kia Niro EV is a zippy performer that packs in a zero-emissions 455km range from from its 64kWh lithium-ion polymer battery pack. For the average driver, that works out to a week’s worth of driving. Four drive modes add character to the way power is delivered as the car goes from 0 to 100kmh in 7.8 seconds. And with fast charging, the empty battery can be charged to 80 per cent full in 54 minutes.

A panel van that will help businesses save money while they earn it, the fully electric Maxus E Deliver 3 notches up fuel savings by doing away with fuel altogether.

As the first electric light goods van of its nature offered by Cycle & Carriage in Singapore, the Maxus E Deliver 3 also qualifies for the $30,000 rebate under the Government’s Commercial Vehicle Emissions Scheme. 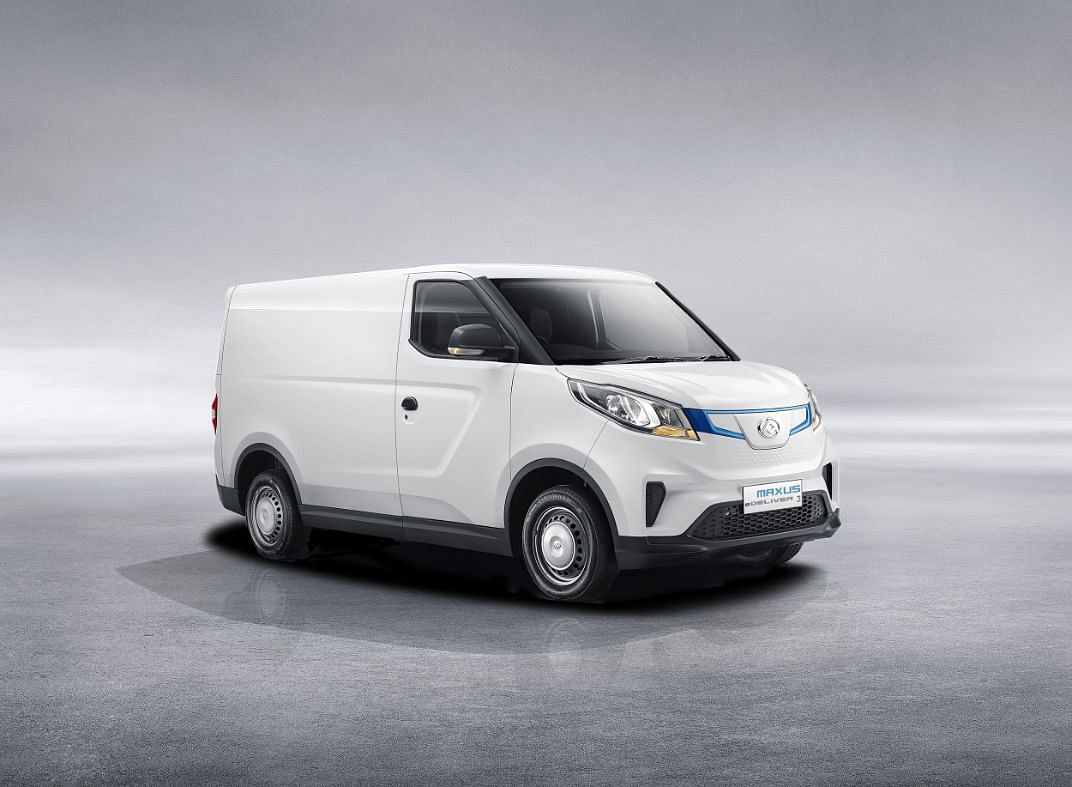 Under the hood, the E Deliver 3 is powered by an electric motor with 120hp and 255Nm of torque. Given that most commercial vehicles have defined usage patterns, its 240km range will not trouble the majority of operators, especially when fast charging can recharge its batteries from empty to 80 per cent full in the same 45 minutes it takes to have lunch.

Where the E Deliver 3 stands out is the utility it offers. With 4,800 litres of cargo space and an ability to carry up to 905kg in weight, it is easy to imagine the many intents and purposes where the van will be useful, particularly in logistics.

Thanks to its electric drivetrain, drivers and crew will delight in the briskness of the E Deliver 3’s acceleration. A roomy cabin with entertainment features like Apple CarPlay on its 7-inch infotainment system will further complement the comfort on board.

One can trust a storied British carmaker like MG to know how to appeal to discerning drivers in Singapore. Cue MG’s award-winning ZS EV, the fully electric, zero-emissions sibling to the turbocharged HS SUV. 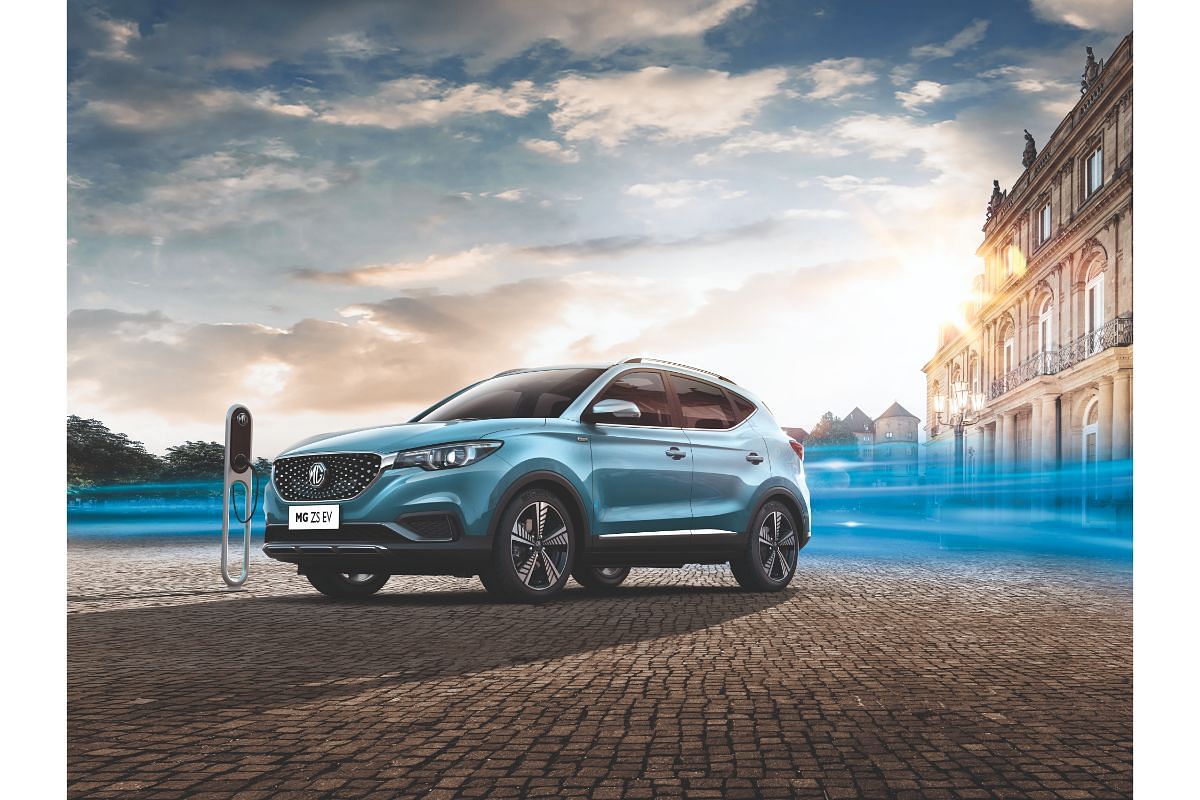 Part of the ZS EV’s appeal comes from the fact that it is one of the most affordable full electric cars on the market, especially with rebates for the electric vehicle early adopter scheme. But much of it comes from the fact that its electric motor and lithium-ion battery combo doles out some 141hp with a 353Nm surge of torque for brisk acceleration in the 8.2 seconds the ZS EV takes to go from 0 to 100kmh. Good for a 355km range, the car’s zippy drive will make it an enjoyable ride for drivers and fellow travellers. Should the need arise, fast charging can energise empty batteries to 80 per cent in just 40 minutes.

The ZS EV’s good manners extend to the way the car handles on the road, with a suspension that is tuned for comfort, and a sound-insulated cabin that ensures its occupants get to travel in peace and quiet. There is even a panoramic glass roof that accentuates the spaciousness of the interiors.

Other niceties include an 8-inch touchscreen display, Apple CarPlay and Android Auto, a PM2.5 air purification system, a tyre pressure monitoring system and an Electronics Stability Program that works behind the scenes to keep each drive safe.

For drivers not ready to go fully electric, hybrid cars can offer convenience and efficiency, thanks to a combination of petrol engines and lithium-ion batteries.

There are electric cars that depend entirely on batteries to power the electric motors. There are parallel hybrid cars that combine a petrol engine with an electric motor to achieve greater fuel efficiency. Then there is Nissan e-Power, a revolutionary series hybrid system that offers the engagement and refinement of a fully electric drive, with an engine that acts as a charger, negating the need for plug-in charging. 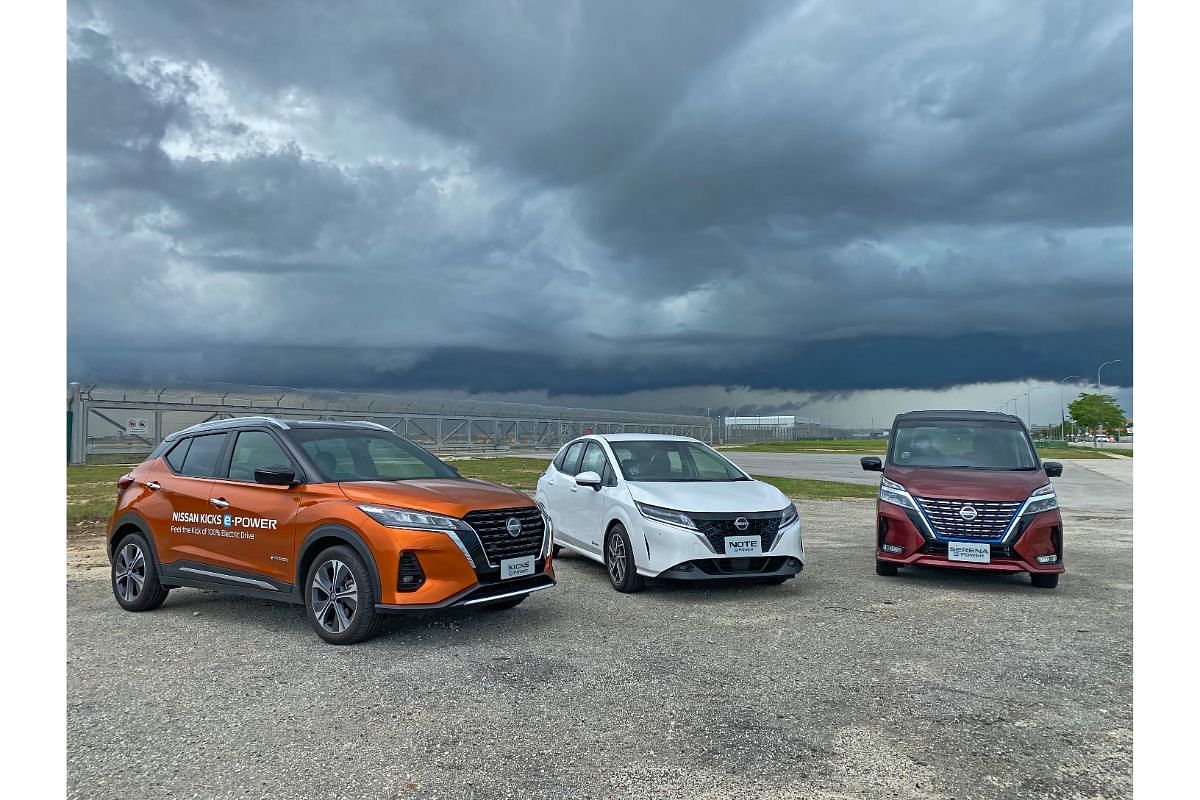 In a Nissan e-Power, you can expect instant torque delivery (260Nm to 320Nm, depending on the model) for the smooth acceleration that characterises an electric vehicle, and the same peaceful calm you get in a luxury car cabin. The sole function of the system’s petrol engine is to charge the battery when necessary.

First introduced on the seven-seater Serena multi-purpose vehicle, Nissan’s e-Power system is also available in the Kicks crossover and the new Note hatchback. The idea behind the system is to offer drivers all the characteristics of an electric car and none of the typical drawbacks, such as limited access to charging points and the associated downtime.

Electric vehicles may be the beacon for sustainable motoring, but until the charging infrastructure improves, Nissan’s e-Power is a compelling alternative.

Enjoy the best of what Honda’s hybrid technology has to offer in the all-new Jazz Hybrid, the first in the Japanese carmaker’s new e:HEV hybrid line-up in Singapore. 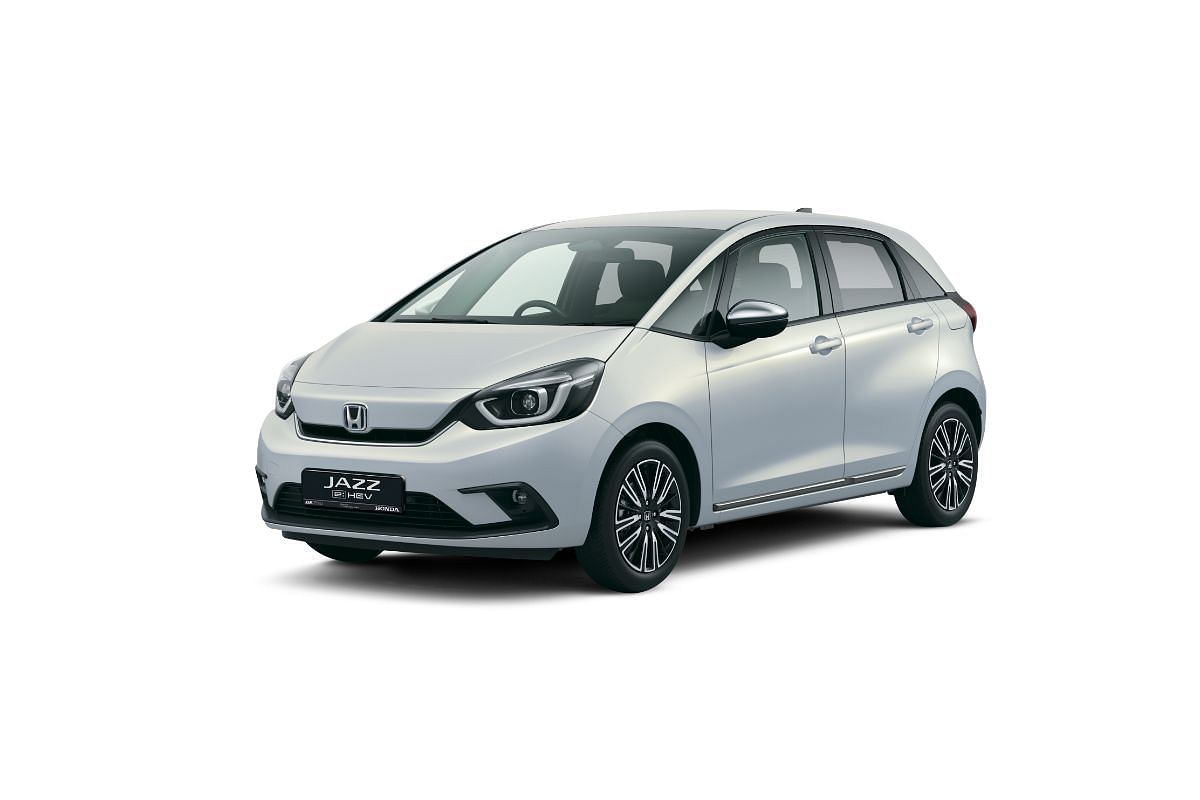 This combination features two electric motors, a 1.5-litre i-VTEC petrol engine, a lithium-ion battery and a fixed-gear transmission, seen in fully electric cars, working harmoniously to deliver the kind of smooth and effortless efficiency that is perfect for the city.

Drivers will get to experience three drive modes that are switched autonomously in the background (Electric, Hybrid and Engine) for the best combination of power, pace and economy from the 95hp engine with 127Nm of torque, and 107hp electric motor with 253Nm of torque. A self-charging hybrid, plugging in or planning a journey around charging stations is not required – the batteries get charged as you drive. With a fuel efficiency of about 26kml, it will be theoretically possible to clock in a range of about 1,040km from the car’s 40-litre fuel tank.

Simplicity, elegance and a rugged dynamism is evident in the new fourth-generation Toyota Harrier’s coupe-like form. The new flagship Luxury SUV model for Toyota was launched only beginning of the year. On the inside, the Japanese carmaker has taken low-contrast hues of brown and black, and extended them across the dashboard and upholstery for a touch of class. 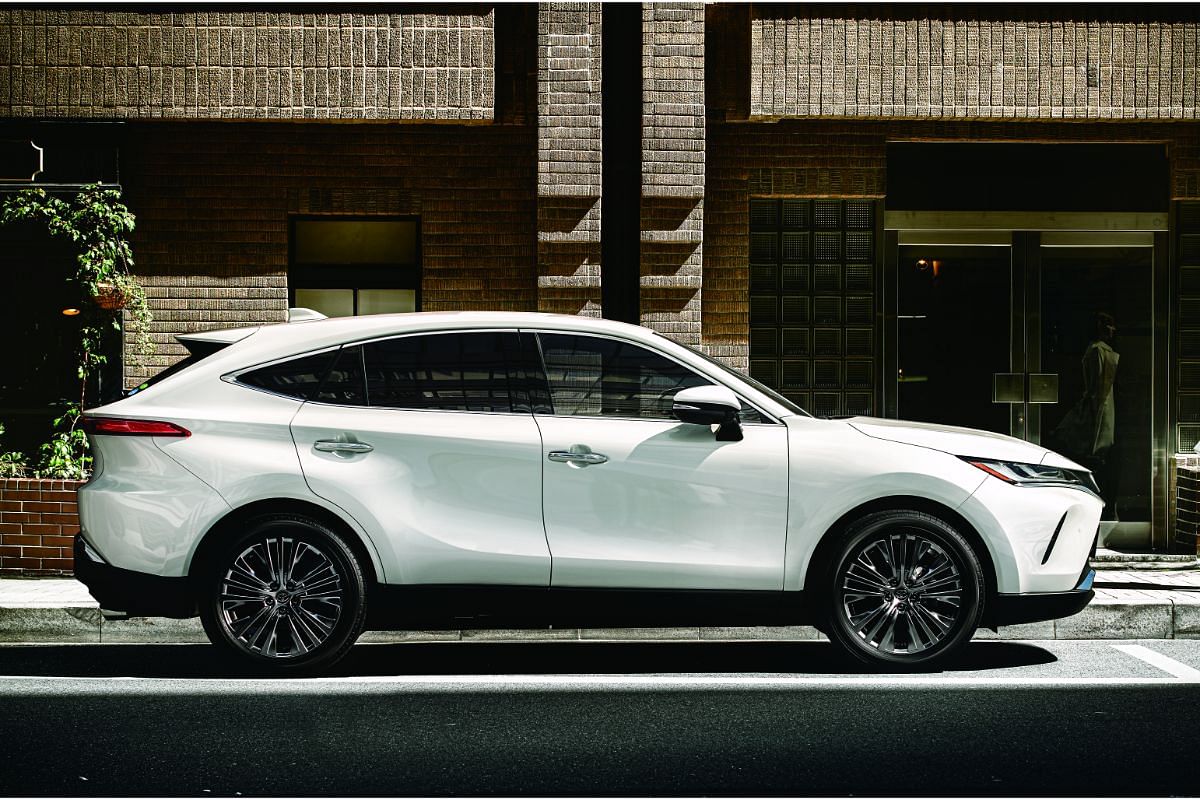 Other top-drawer features in the Harrier include a head-up display for vital information like speed, and a digital inner mirror for removing passengers, luggage, C-Pillars from view to give drivers an unobstructed rear view. It also reduces glare at night. The Digital Rear View Mirror and the dimmable Panoramic Glass Roof is only available in the Hybrid Luxury variant.

Headlining the range is the Harrier Hybrid model, where Toyota has complemented a solidly reassuring and graceful drive with efficiency. This comes by way of the Toyota Hybrid System that powers the car. A 2.5-litre Dynamic Force engine with 176hp and 221Nm of torque gets paired with a 118hp and 202Nm electric motor for a total output of 215hp. This will take the car from 0 to 100kmh in 8.1 seconds before topping out at 180kmh. At its most economical, the self-charging Harrier Hybrid will manage some 21km on a litre of petrol with low CO2 emissions of 106g/km.