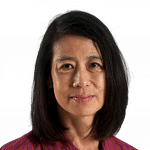 The story: The final film by British director Roger Michell (Notting Hill, 1996) before his sudden death in September 2021 is a Platinum Jubilee documentary on Britain's Queen Elizabeth, assembled from archival footage.

1. For the devoted monarchists

So, you have seen every royal biopic. And while it does span the Queen's life from the 1930s to the present through the highs and lows, Elizabeth: A Portrait In Part(s) wittily scrambles the chronology into 16 themed chapters such as Heavy Is The Head and Horribilis.

It is a prismatic portrait that catches the subject as her private self.

There is no narration, no fawning interview, though nothing critical is said either.

The images accompanied by period pop tunes simply roll along with much to amuse. Dislike Her Majesty? How about a surrogate, Olivia Colman, in clips from Netflix drama The Crown (2016 to present)? Added to the montage are snippets of the painting Mona Lisa, music phenomenon The Beatles and even Singapore's founding prime minister Lee Kuan Yew.

This playful retrospective is ultimately a fond thank-you for the steadfast service of "the longest-reigning British monarch and longest-serving female head of state in history". There may never be another like her.

The story: In the summer of 1969, days before the Apollo 11 launch, a Texas schoolboy is recruited by the United States' National Aeronautics and Space Administration (Nasa) for a secret test-run mission. Apologies to Neil Armstrong, but a nine-year-old was the first person on the moon.

The funny, whimsical Apollo 10½: A Space Age Childhood is this award-winning writer-director's memoir. It is a live-action animation in the style of his Waking Life (2001).

Linklater has distilled an epochal historical moment through intimate memory to recreate the late 1960s Houston suburbs where he grew up in, in the shadow of the Nasa control centre.

The Monkees, Pink Floyd, hippies, drive-in movies, transistor radios, bowling alleys - the time capsule is a vivid scrapbook of pop-cultural ephemera plus family life and the neighbours too.

Jack Black from Linklater's School Of Rock (2003) is the narrator. But there is not much of a story. This loving and absolutely lovely ode to childhood innocence is one long coming-of-age during the Space Age, about how it was like to be young and free and brimming with optimism.

More On This Topic
At The Movies: A whole lot of Cruise, not much crew in Top Gun
At The Movies: The God Committee asks if one can put a value on a human life