In this monthly feature, The Sunday Times picks out 10 books from around the world that have just hit shelves

Top Of The Stack

People make judgments all the time - for example, about people, future events and investments - and are often beneficiaries or victims of judgments made by others.

But judgments are wrong more often than people think. Sometimes, they are verifiably wrong. You can check, for instance, if an investment you made turned out as expected. At other times, they may not be verifiable, but can still be wrong.

Master psychologist and Nobel laureate Daniel Kahneman has made a career of exploring the cognitive limitations of the human mind.

In his latest book Noise, co-authored by Professors Olivier Sibony of HEC Paris and Cass R. Sunstein of Harvard, Kahneman does a deep dive into the world of judgment, exploring how and why judgments go wrong and what can be done to correct them.

There are two fundamental sources of error in judgment. One is bias, which goes in a single direction - for example, being consistently over-optimistic or excessively cautious.

People recognise bias - more so in others than themselves - but there is another type of error which might be more common that people miss and that is what the authors call "noise".

While bias is a systematic deviation off-target - too high or too low - noise is variability in judgments that should not exist.

The authors' research shows that in the real world, "there is an alarming amount of noise in situations in which accuracy matters".

For example, they point out, medicine is noisy. Different doctors can make totally different diagnoses for the same patient. In psychiatry, where diagnostic criteria are vague and there are different schools of thought, the level of noise can be extreme.

Hiring decisions are noisy. Interviewers of job candidates can make widely different assessments of the same candidates. Such decisions are subject to both bias and noise.

Job performance ratings are noisy. They may not even reflect raters' true assessments of performance if they rate people strategically, for instance, to favour those expecting a promotion or disfavour older employees because they are close to retirement.

What is striking about the authors' research findings is not so much the existence of variability or noise, but its magnitude.

For example, judges asked to adjudicate on the same set of low-level offences recommended sentences that ranged from 30 days in prison plus a fine of US$100 (S$135) to five years.

Presented with the same set of risks, the recommended premiums by two randomly chosen insurance underwriters varied by 55 per cent.

These findings highlight how harmful noise can be, even though it often goes unnoticed.

As the examples show, it can lead to patients being wrongly diagnosed and treated, wrong candidates being chosen for jobs or promotions, insurance premiums being too low (penalising the company) or too high (penalising consumers) and defendants being unjustly punished or let off.

"System noise" is variability in the judgments of the same case by multiple individuals. This can result from some judges being more lenient or strict than others in general. It can also result from variations in judges' responses to specific cases.

For example, one judge may be stricter than average, but more lenient towards white-collar criminals. Or a teacher marking essays might be generally parsimonious with her grades, but more generous to students who use infographics.

There is also "occasion noise". Even professional basketball players do not score with every free shoot - they may be affected by the tension of a high-stakes game. Or a tired judge may hand down a harsher sentence than he or she normally does.

The authors point out that groups can amplify both bias and noise. People in groups often do not make their own judgments, but follow the lead of others, especially those who appear confident.

People censor themselves in group discussions, for example, because they want to be seen as team players, or not appear confrontational.

The frequent result: people in groups can be easily swayed to go along with the wrong "consensus" decision - more so if their bosses frown on dissent.

"Not all crowds are wise," the authors caution.

MEASURE NOISE, THEN REDUCE IT

So how should organisations deal with noise? The first step is to measure it.

The authors recommend a "noise audit".

The book's appendix contains detailed instructions on how to conduct this, but one of the key recommendations is to get several professionals to make independent decisions on the same cases - be they radiologists looking at X-rays, executives assessing a business project or recruiters evaluating candidates' resumes. The variability of decisions will give some idea of the extent of noise.

To reduce both bias and noise, the authors propose a variety of strategies. One is to designate a "decision observer" at meetings where a complex decision is to be made.

Armed with a checklist, the observer's job is to spot biases in real time. Did the group neglect anything important or give weight to something irrelevant? Was someone pre-committed to a conclusion? Did dissenters express their views? Were alternatives considered? Did the judgment rely heavily on anecdotes not supported by data?

Another is to get multiple independent opinions - including from outsiders - and then average out the judgments, as the average is likely to be more accurate than any single judgment.

When tech giant Google recruits, for example, it makes candidates sit through 25 interviews.

Or if it is just you making a judgment, try doing it again after some time has passed - it may be different because you are not the same person at all times and your moods affect your cognition - and then average the two.

Rate people or projects on different dimensions separately, such as reliability, cost and efficiency, rather than giving one catch-all rating such as "poor", "average" or "excellent".

Resist giving in to intuition before collecting a lot of information. Intuition has its place, but it should be "informed, disciplined and delayed".

When forecasting, assign probabilities rather than absolute values, or binary "it will succeed" or "it will fail" judgments. Revise forecasts in the light of new information. In short, "try, fail, analyse, adjust, try again".

Greater use of rules - such as judicial sentencing guidelines - can reduce (though not eliminate) noise.

The authors also recommend considering the use of algorithms in decision making. Algorithms are noise-free - for a given set of data, they produce the same results every time. Research shows they often lead to better outcomes than human judgment.

This has been borne out in radiology, recruitment and financial advisory work, among other fields. But algorithms have to be carefully designed. Those based on past human decisions can replicate biases inherent in those decisions.

There is also resistance to using algorithms. Professionals trust their intuition and doubt machines can do better, despite evidence to the contrary. People are more willing to accept human mistakes than mistakes by algorithms, even if algorithm mistakes are fewer.

The authors accept the reality that people will continue making important decisions, which explains the purpose of their book - to improve human decision-making.

Noise is a marathon read that can at times be heavy going. It could have been shorter, with less repetition. Some of its more theoretical chapters can be skipped, especially by readers more interested in the practicalities of noise reduction. Indeed, the authors themselves suggest this option in the first chapter.

But the book's insights are eye-opening, throwing light for the first time on flaws in human judgment that are often invisible.

In doing so, it performs an invaluable public service, showing pathways to a less noisy world which would, as the authors point out, save money, improve public safety and health, increase fairness and prevent many avoidable errors.

If you like this, read: Thinking, Fast And Slow by Daniel Kahneman (Penguin, 2012, $23.49, major bookstores), on how people's minds are tripped up by error and prejudice. 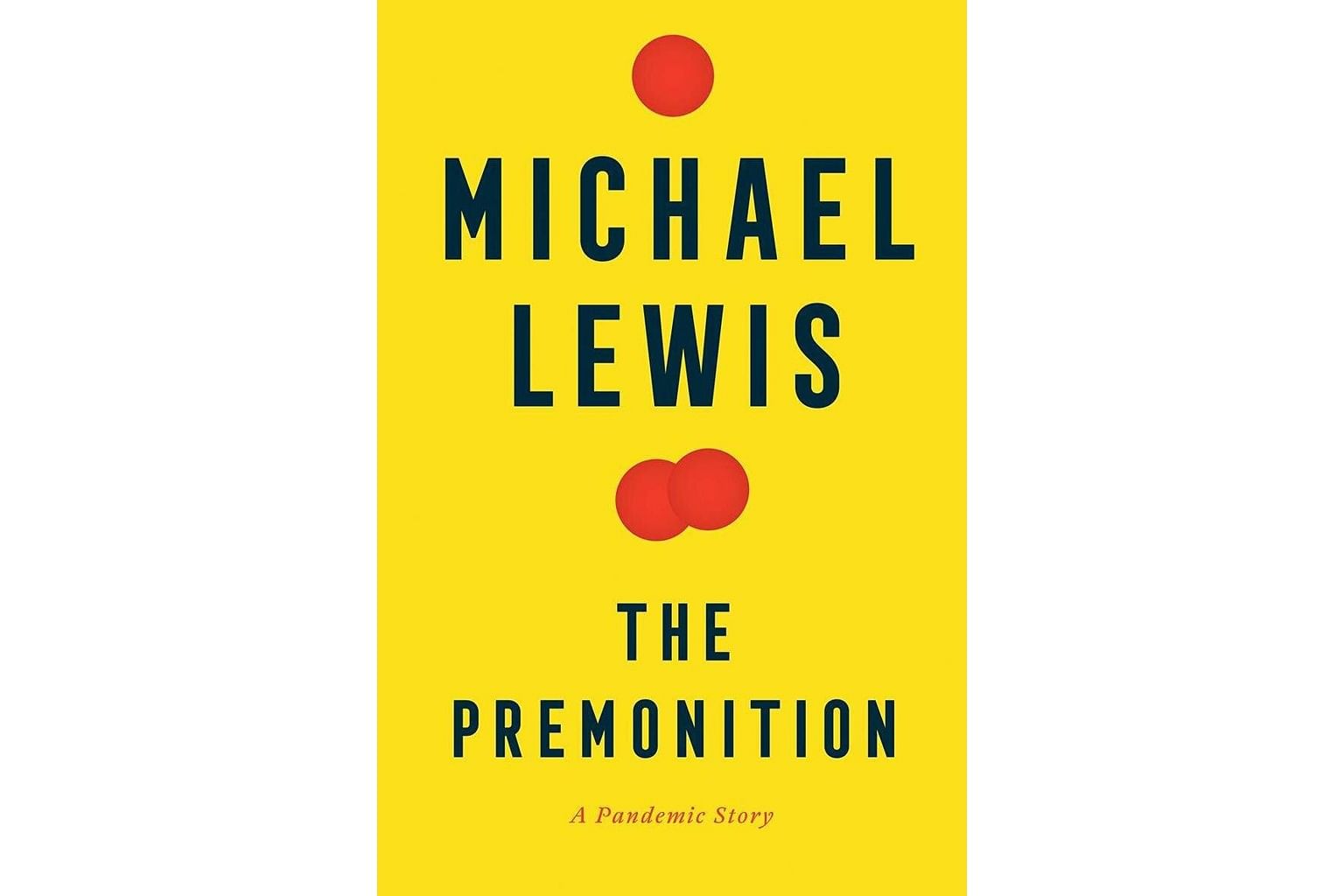 This non-fiction thriller tells the stories of the medical visionaries who attempted to warn the United States of the Covid-19 pandemic, even as former president Donald Trump's administration downplayed the threat.

They include 13-year-old Laura Glass, whose science project on airborne pathogen transmission developed into a model for disease control; and a secret team of dissenting doctors dubbed the Wolverines, who had the resources and experience to fight the pandemic - but lacked official permission to carry out their work. 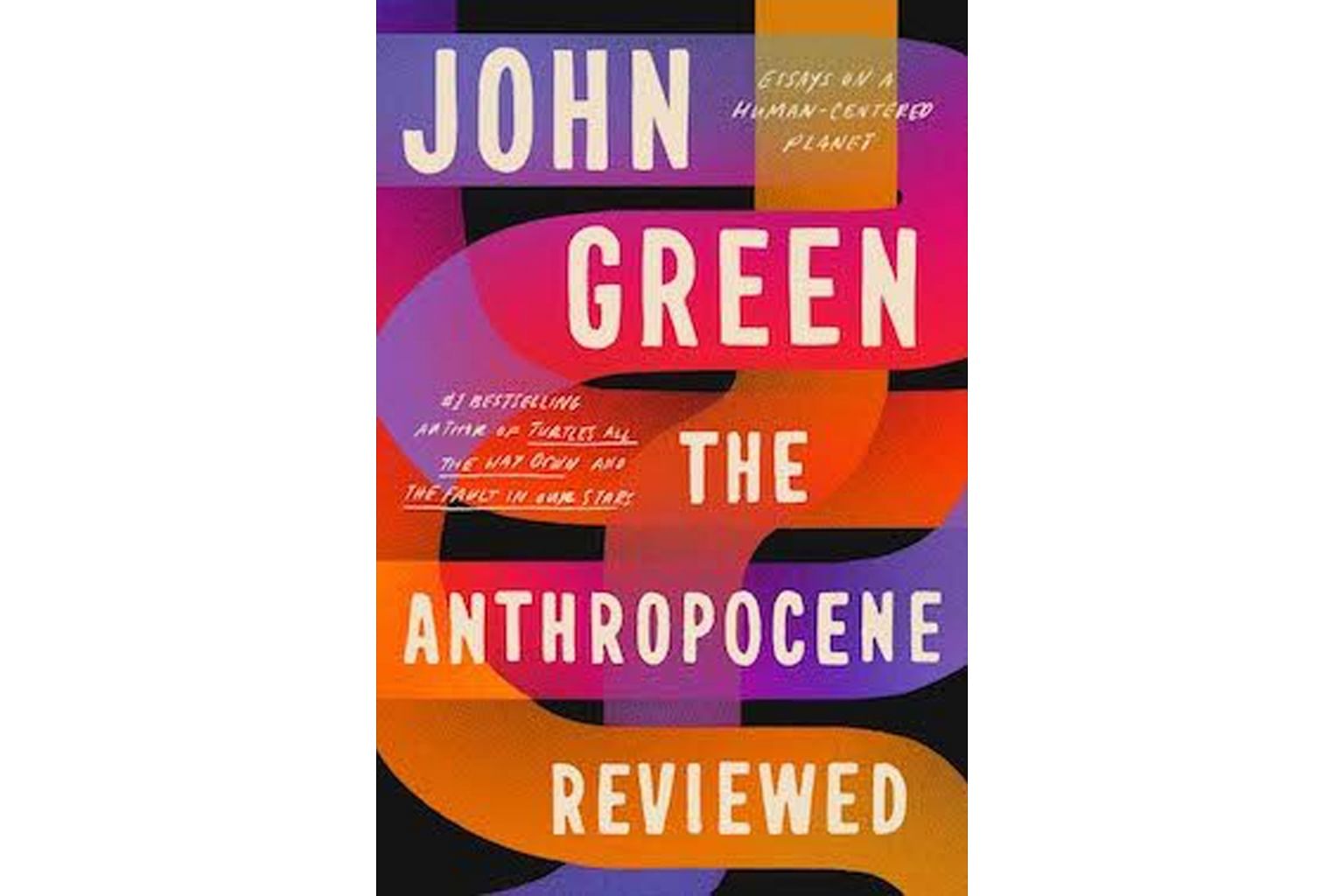 Green is known as the best-selling novelist behind young-adult hits such as The Fault In Our Stars (2012) and Turtles All The Way Down (2017).

In 2018, he started a podcast in which he reviewed facets of the Anthropocene - the geological epoch dominated by human impact - on a five-star scale.

In this book, he collects his podcast episodes as a series of essays on things as diverse as sunsets, scratch-and-sniff stickers and the Super Mario Kart racing video game. 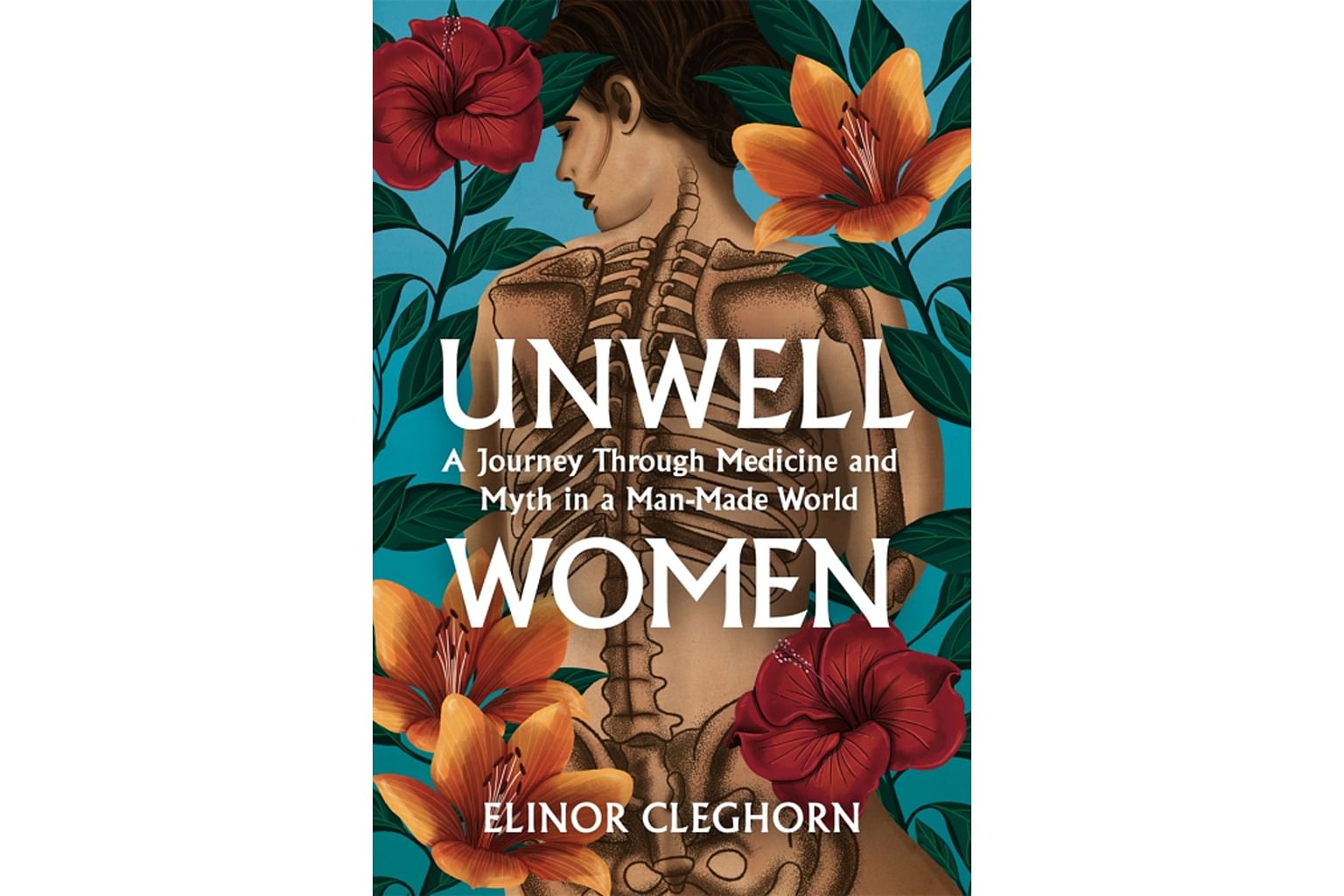 British cultural historian Cleghorn examines the troubling history of how women's ill health, from hysteria to endometriosis, has often been misinterpreted or overlooked, even as a woman's right over her own body remains continually challenged.

Cleghorn draws on her own experience as an unwell woman, after seven years of strange pains that were repeatedly dismissed or misdiagnosed, until a rheumatologist finally diagnosed her with lupus.

HOW THE WORD IS PASSED 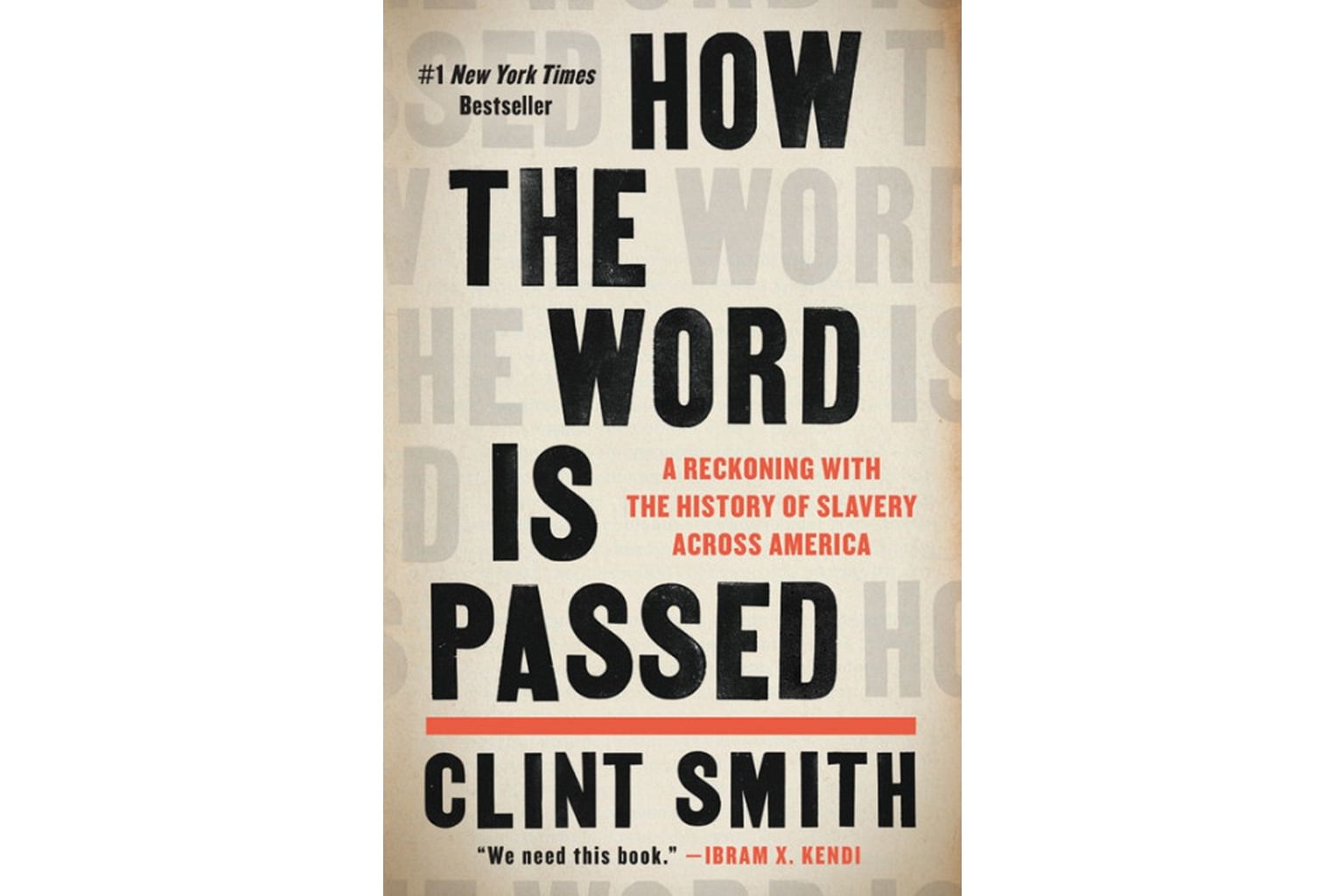 American journalist and poet Smith takes the reader on a tour of how the legacy of American slavery is addressed in nine sites such as the Whitney Plantation in New Orleans, US President Thomas Jefferson's Monticello plantation and Blandford Cemetery, the resting place of thousands of Confederate soldiers. 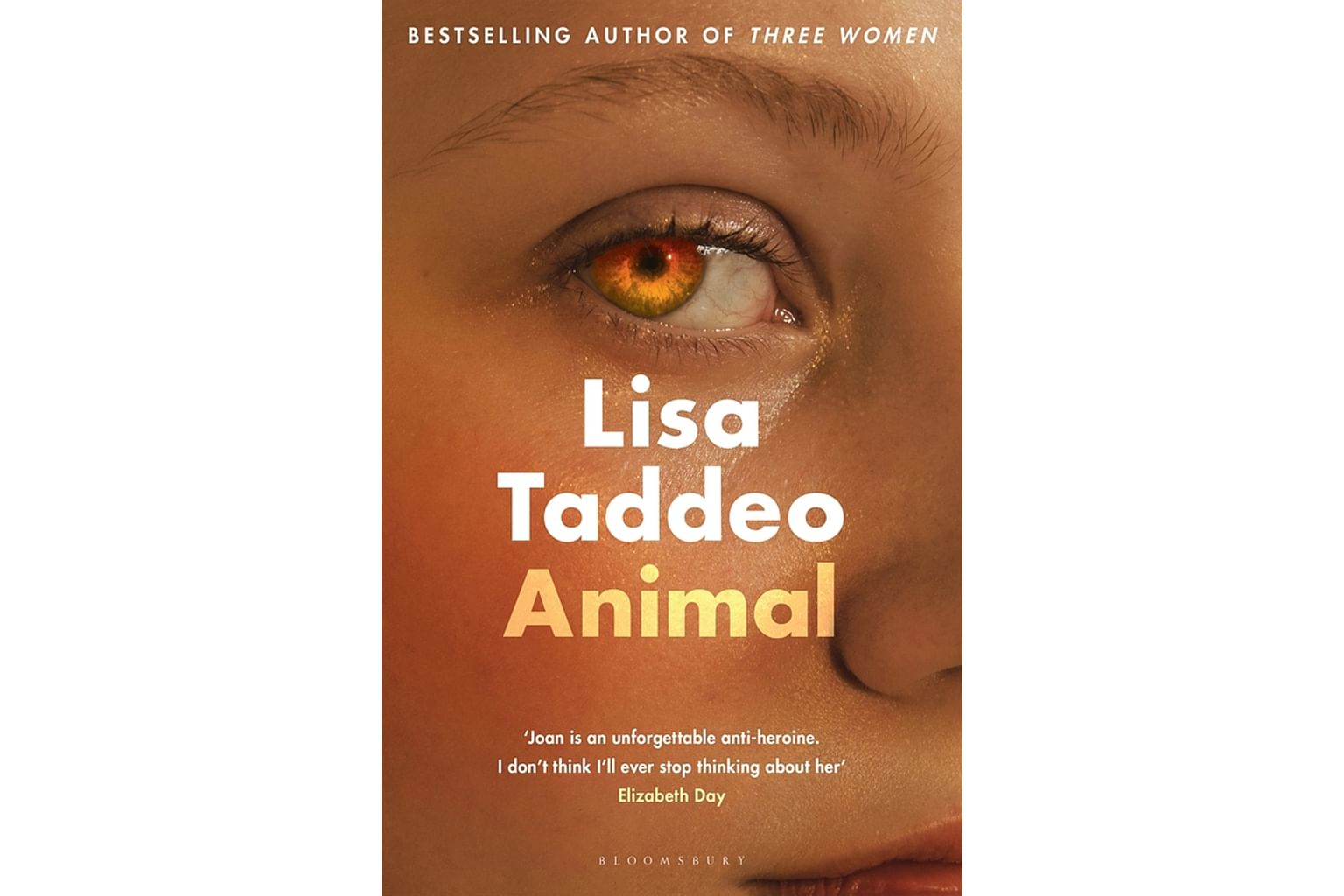 Joan flees New York for Los Angeles after the boss she was having an affair with bursts into a restaurant where she is having dinner with another man and shoots himself in front of her.

Embarking on a descent into depravity, she befriends a yoga instructor called Alice, who might be able to help her make sense of her own traumatic past. 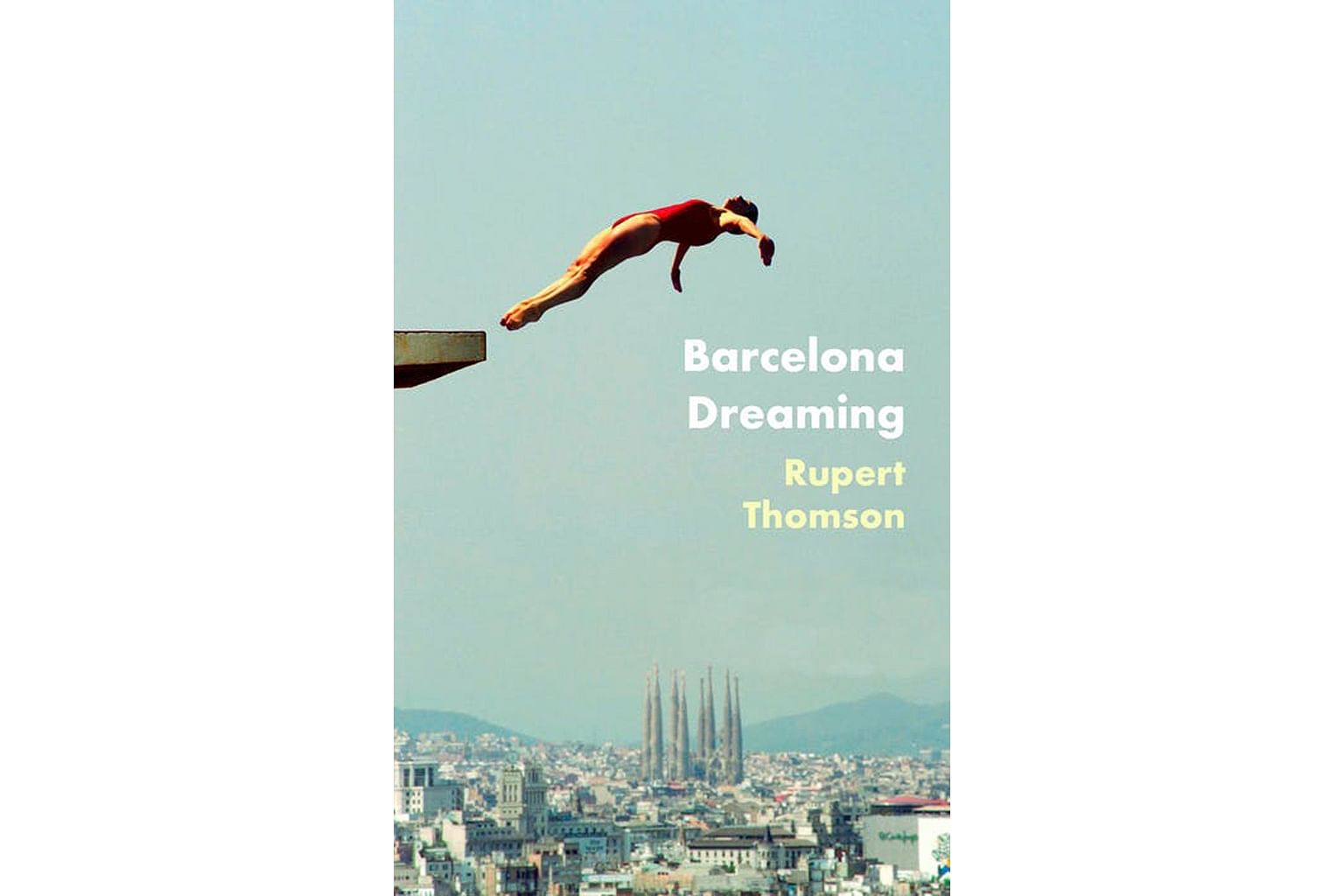 British writer Thomson takes the reader back to the eve of another crisis - what now feels like the long-ago financial crash of 2008.

Three novellas set in Barcelona, Spain - narrated by an Englishwoman who runs a gift shop, an alcoholic jazz pianist and a translator tormented by unrequited love - are connected by a crime committed against a young Moroccan immigrant. 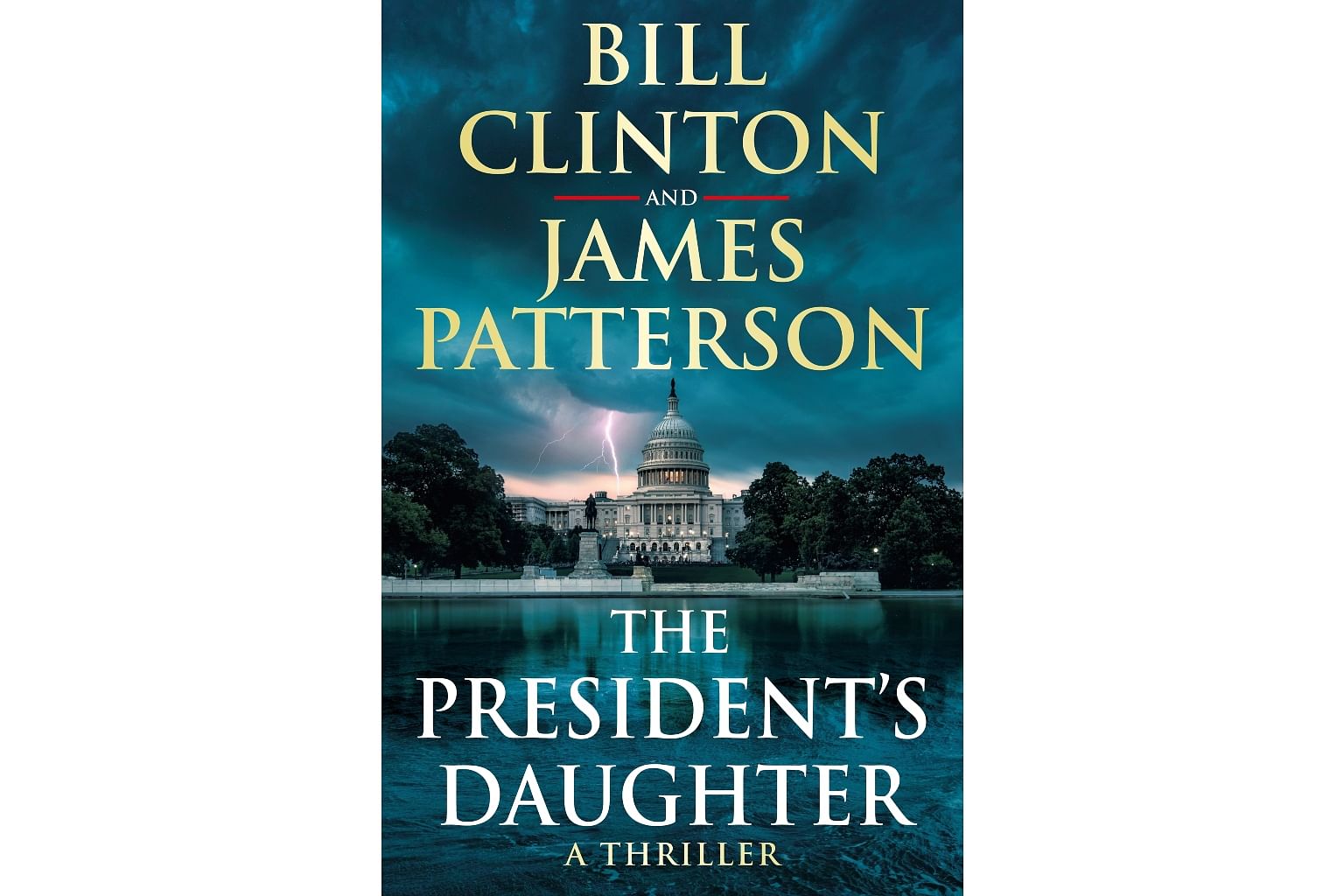 By Bill Clinton and James Patterson

Former United States president Clinton teams up with best-selling thriller writer Patterson for their second political blockbuster after 2018's The President Is Missing.

This time, it is the daughter of a retired president - a different one from the last book - who has been kidnapped by terrorists.

Her desperate father will defy the current commander-in-chief and do whatever it takes to bring her home, like a more presidential Liam Neeson from the Taken films (2008 to 2014).

I KNOW WHAT I SAW 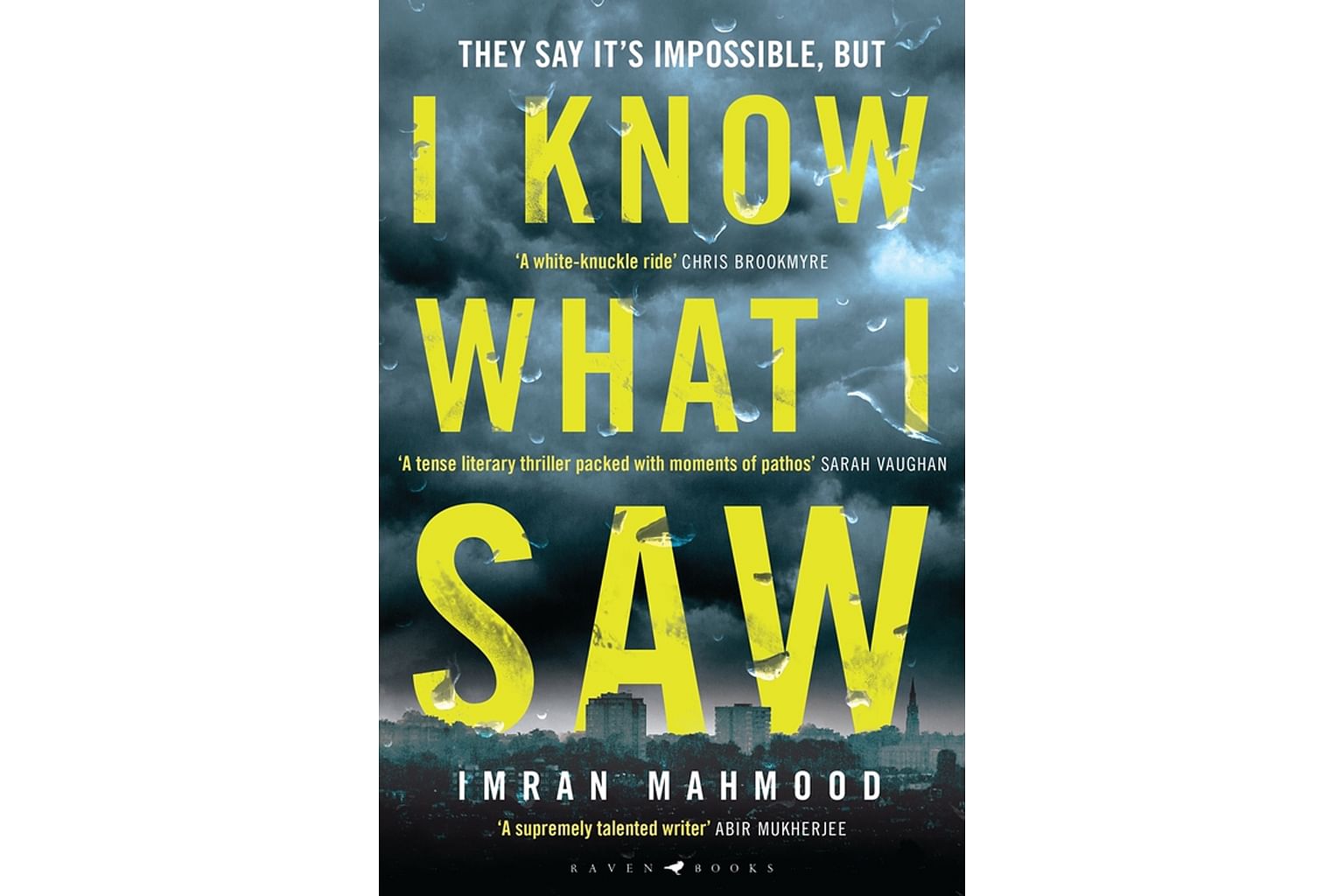 Xander Shute, a wealthy banker who is now homeless, takes shelter in what he thinks is an empty flat and witnesses a woman's murder.

But he is told by the police that the murder could not have happened, and his mental health comes under scrutiny. 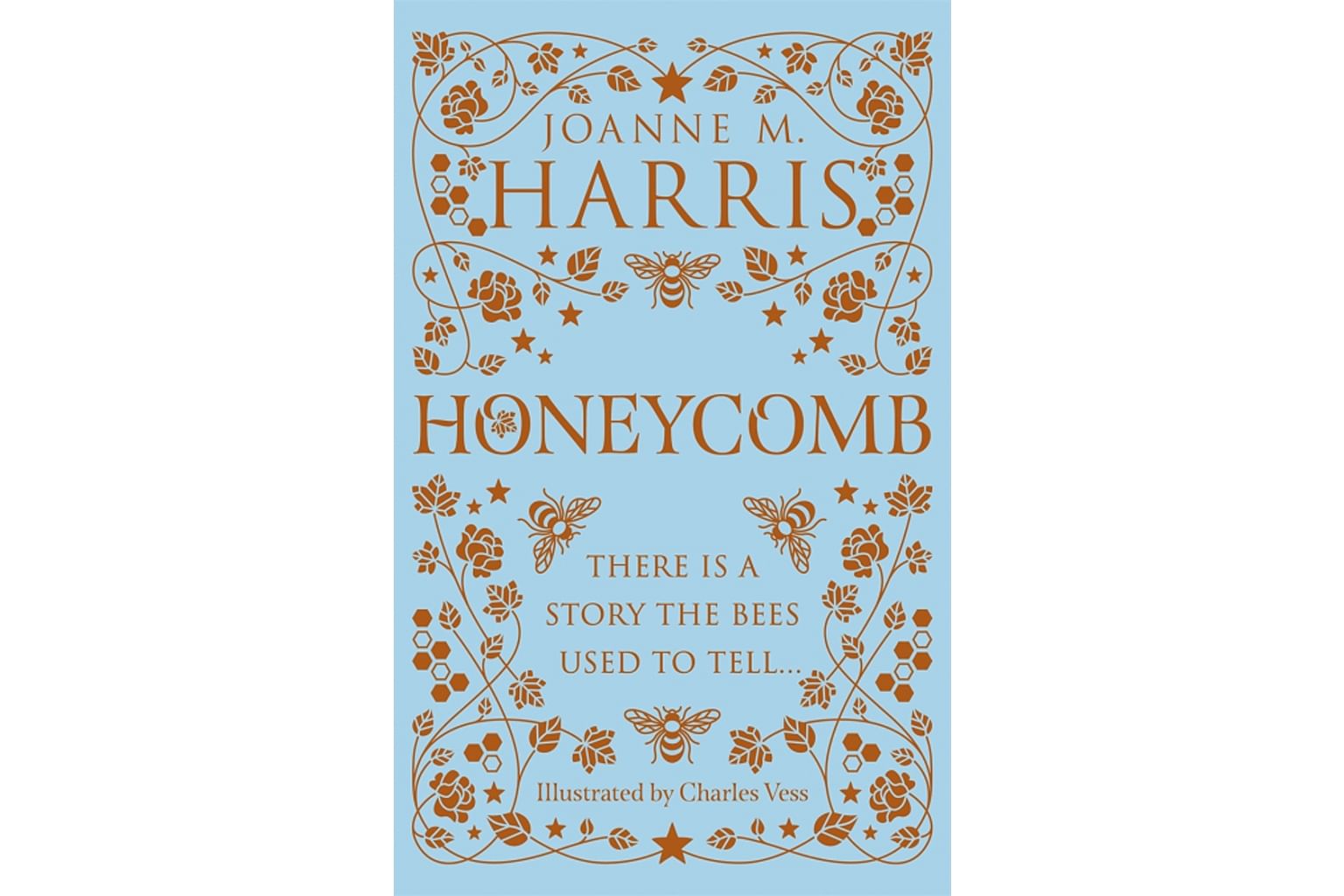 "There is a story the bees used to tell, which makes it hard to disbelieve," begins this enchanting book of stories by the author of the novel Chocolat (1999), exquisitely illustrated by fantasy artist Vess.

Set in the Nine Worlds, these are dark tales of figures like the Lacewing King of the Silken Folk, who live in the shadows and cast none themselves, and the Moon Queen of the Undersea.

A version of this article appeared in the print edition of The Sunday Times on June 27, 2021, with the headline Fixing flaws in human judgment. Subscribe