The Building and Construction Authority (BCA), together with other authorities, including the Singapore Civil Defence Force (SCDF), approved the building plans for Pasir Ris One in 2012.

These plans fulfilled the then prevailing design requirements, such as BCA's Code on accessibility for the Built Environment, which facilitates access for wheelchair users, and the SCDF Fire Code, which provides for the safe conduct of emergency evacuation.

The SCDF has also found that the fire-rated doors installed at the residential units do not impede emergency evacuation along the corridors as they open inward.

In addition, most metal gates, which open outwards, do not pose any obstruction to evacuation. 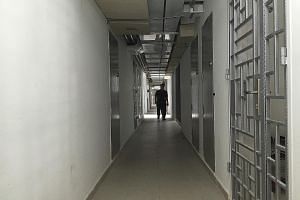 Pasir Ris One flats may get new gates

However, the SCDF has found some metal gates that could potentially cause obstruction if the gates of opposite-facing units are opened at the same time.

The SCDF has therefore instructed the architect of Pasir Ris One to take immediate action to rectify these metal gates.

The SCDF also advises residents to keep the corridors free of clutter, in order not to hinder firefighting efforts, evacuation and conveyance of patients during a medical emergency.

The SCDF is committed to ensuring that all developments comply with the requirements of the Fire Code.