Each of us can feel an innate revulsion for the acts committed by Singaporean couple Pua Hak Chuan and Tan Hui Zhen on their flatmate Annie Ee (Couple jailed for torturing flatmate until her death; Dec 2).

Yet our moral repugnance can be simultaneously coupled with a firm commitment to principles of access to justice for the accused involved. It is not an either/or proposition for right-thinking and right-feeling members of Singapore society.

The couple has been convicted by a court of law and no appeal has been filed. Legal representation was afforded by pro bono volunteer lawyers.

It is understandable that in cases such as Miss Ee's, the Internet community will be abuzz with comments (via social chat or chatter) including visceral disgust. However, a bright line needs to be drawn between freedom of speech on the one hand and incendiary, defamatory or hate speech (including against the pro bono lawyers involved) on the other.

This is part and parcel of the lawful boundaries of free speech (even under the cloak of anonymity) in a functioning democracy. The accused's lawyer's role in mitigation is not to call white black or black white. To do so is intellectually disingenuous. It would invariably result in the plea of guilt being revoked.

At the sentencing stage, criminal defence counsel identifies mitigating circumstances of both offence and offender to the sentencing judge. But in essence, the plea in mitigation is a plaintive cry for judicial mercy. Analytically, the court weighs all relevant factors (aggravating and mitigating). The ultimate goal is a fair and proportionate sentence meted out by the judge.

Three distinct stakeholder roles in criminal justice need to be better appreciated. First, the prosecution and its discretion to prefer charges. Due consideration will be given on, among other things, whether the charges brought can be proven beyond reasonable doubt.

Second, the role of our courts in considering all relevant facts and allowing due process before making a decision in accordance with the law. The courts' sentencing powers are circumscribed by the statutory minimum and maximum punishments prescribed for the penal offences concerned. 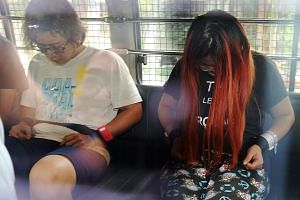 Couple jailed for torturing flatmate until her death

Third, the duty of criminal defence lawyers to give a voice to their clients on extenuating circumstances. That voice needs to be articulated professionally, responsibly and fairly. Lawyers are officers of the court.

To hold such criminal defence lawyers in contempt of the court of public opinion blithely ignores the golden principle of access to justice. We should not shoot the messenger because we neither like the message nor the client he represents.

Every accused deserves due process, even during sentencing after they have pleaded guilty. As Eleanor Roosevelt said : "Justice cannot be for one side alone, but must be for both." This is a bedrock of our Singapore criminal justice system. It is a cornerstone of the Law Society's criminal legal aid scheme.

A version of this article appeared in the print edition of The Straits Times on December 19, 2017, with the headline 'Guilty or not, every accused person deserves due process'. Subscribe
Topics:
More
Whatsapp Linkedin FB Messenger Telegram Reddit WeChat Pinterest Print Purchase Article Copy permalink