After establishing itself as a trusted name in Singapore, industrial gas supplier Sing Swee Bee realised the local market was becoming a bit crowded. Sarah Yap details how the company decided to take the next step of going overseas and moving up the value chain.

The company, which supplied industrial gases and related products to local and foreign firms, rode on the rapid expansion of Singapore's economy and its oil and marine industry.

It counted among its clients notable names like Daikin, Shell, Puma Gas, Petronas, ConocoPhillips and Bechtel.

Brought to you by International Enterprise (IE) Singapore

However, as the industry developed, the space became crowded with competitors. Price-cutting ensued and margins steadily declined.

Sing Swee Bee, which was first set up in 1978 as a general importer and exporter of goods, understood that it had to find ways to expand.

This meant transforming its core business to venture overseas and move up the value chain.

The problem was that it did not really have a track record, said managing director Peh Lam Hoh. To establish one, the company had to figure out what it could offer to different segments of potential customers, and acquire the necessary underlying technology to do so.

"As there were other providers offering their products or services to the same set of overseas customers, the customers would usually award contracts based on price," Mr Peh said.

"Developing and customising a value proposition were therefore crucial as our philosophy is never just saying 'me too' and getting lost in the crowd."

How the company differentiated itself was by not just offering additional services and products, but also helping its customers stand out among their own competitors.

"This is the value creation, the 'software' that makes our group different," Mr Peh said.

Today, Sing Swee Bee specialises in cryogenic equipment and services such as ship purging, plant commissioning, LNG testing and turnkey projects. It has grown into a thriving business with more than 450 employees, based mainly in Singapore, Malaysia, Vietnam and Indonesia.

One of its most significant transformative steps was expanding into Vietnam, which has a fast-growing gas industry. The trick for the company was proving itself worthy in a new market, something that IE Singapore was able to assist with.

"When venturing overseas, the two key challenges, especially for SMEs, are gaining recognition and access to the right, strong local partners," Mr Peh said. "IE was, and still is, very supportive and effective in helping us open doors to a number of local partners and customers."

To gain a foothold in Vietnam, Sing Swee Bee went beyond its core business of gas distribution. It invested in a gas refilling plant, which it used as a stepping stone to offer project services in northern and central Vietnam.

In 2013, the company clinched its first refilling project in Vietnam, supporting the gas needs of Nghi Son Refinery and its petrochemicals plant. It also entered a long-term gas refilling project with state-owned enterprise PetroVietnam Technical and Services Corporation. Both these contacts were initially made through IE Singapore. 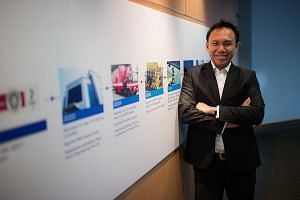 Powering the next stage of home-grown engineering firm Cyclect's growth 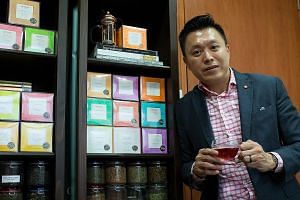 Over the past couple of years, the company has been able to win other projects around the Thanh Hoa area, as well as make inroads into various areas of the supply chain, with Lilama, Ciech Group, PetroVietnam Gas as customers. Sing Swee Bee has now become one of the most prominent industrial gas solution providers in Vietnam.

In order for the company to continue thriving, Mr Peh is constantly thinking about ways to differentiate its offerings.

"Having the basic technology is not enough to differentiate us from others," he said. "Hence, we work closely with leading global equipment and testing partners as well as patent owners for access to better technology."

"We also train our project and technical teams," he added. "We seek to be one or two leaps ahead of our nearest competitors."

Eventually, the company may gun for a listing on the Singapore Stock Exchange, but that's a longer-term goal.

Find out more about other companies that have transformed their businesses overseas and how IE can help: #SgGoesGlobal.

A version of this article appeared in the print edition of The Straits Times on April 06, 2016, with the headline 'Venturing into the unknown'. Subscribe
Topics:
More
Whatsapp Linkedin FB Messenger Telegram Reddit WeChat Pinterest Print Purchase Article Copy permalink