SINGAPORE - White knight Utico has sweetened its offer for an 88 per cent stake in debt-ridden Hyflux with a deal the United Arab Emirates utility claims is now valued at $535 million.

Utico chief executive Richard Menezes told The Straits Times on Tuesday morning (July 16): "The equity valuation of (Hyflux) is set at $340 million, though the total deal value could be $535 million, higher than an earlier failed deal of $530 million of SM Investments (SMI)."

SMI is the Indonesian consortium formed by Salim Group and Medco Group whose $530 million rescue plan was supposed to have helped Hyflux fix its operational and financial defaults under the water contract. But after Hyflux aborted the deal in April, PUB stepped in.

Mr Menezes added that his proposed offer includes "a $400 million commitment to Hyflux by Utico, to ensure it remains a going concern and also to grow the business, along with further commitment to Hyflux's retail perpetual securities and preference (PNP) shareholders".

He reiterated Utico's offer of a cash equivalent of a 4 per cent stake in the enlarged Utico group plus additional cash payouts.

"This could give the PNP shareholders 50 per cent of their first $2,000-$3,000 as well as a cascade and staggered deal to the rest, thus offering them options to exit and hope for full redemption," he said.

Hyflux will remain as a separate listed company with Utico owning 88 per cent, he said. The deal is subject to regulatory and other approvals. 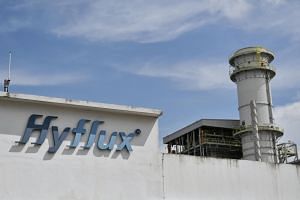 Utico claims it has also made a commitment to Securities Investors Association Singapore (Sias) to list on the Singapore Stock exchange during a meeting in May 2019.

Mr Menezes said both parties are aiming to enter into a binding deal with the approval of senior creditors at the earliest and hold a town hall for both PNP and medium term note holders before the next court hearing on Aug 2.

Hyflux did not immediately respond to ST's queries on whether it has agreed to this deal.

Just last week, Hyflux and Utico issued a joint update to the Singapore Exchange saying they are "progressing" towards a $400 million binding deal that will see Utico taking an 88 per cent stake in Hyflux, with an investment of $300 million as equity and a $100 million shareholder loan.

On Tuesday, Utico said that the proposed $535 million deal, subject to completion of approvals of the creditors, the Singapore Exchange, investors and the High Court, will give a new lease of life to Hyflux.

The landmark deal would also place Utico and Hyflux with their joint capabilities and abilities in a stronger position and also create synergies for cost savings and new offerings, said Mr Menezes.

"Utico's unique development, technical and financing abilities would also further enable Hyflux to exploit the opportunities in the Middle East, Asia and Africa as well as other global markets where water demand is increasing, requiring innovative solutions," he said.

"The aim is to save time and move expeditiously as both Utico and Hyflux, investors and creditors are aware of the fact that time is of essence in preserving the value of the Singaporean company and arrest further slide."