E-commerce sector garnered up to US$2.7b in funds in first half of 2018, with figure set to rise this year: Report

E-commerce player Shopee has extended its lead over rival Lazada as the top Internet shopping platform in the region, a report has found.

Shopee, which is owned by consumer Internet firm Sea, came in tops with a monthly average of 200.2 million visits via both desktop and mobile gadgets in the second quarter, while Alibaba-owned Lazada was ranked second with 174.4 million visits.

"Shopee and Lazada continue to take the top two spots after achieving the same feat in the first quarter of 2019," said product comparison website iPrice. "The two companies have a big presence in all six countries analysed."

Its report surveyed the e-commerce landscape in Indonesia, Vietnam, the Philippines, Malaysia, Singapore and Thailand using data from App Annie and SimilarWeb.

The next three most visited sites were all from Indonesia - Tokopedia, Bukalapak and Blibli.

Shopee also has the most popular app in the region with the highest number of monthly active users in the three months to June 30.

It created events directly on its app such as entertainment shows as well as programmes featuring celebrities to encourage users to buy and sell on its platform, said the report. "These strategies attracted users to stay engaged on the app," it added.

Lazada also came in second in this ranking and was highly active in its Ramadan sales campaign for Muslim-majority countries like Indonesia and Malaysia.

South-east Asia, with its large and young population, is known to be the world's fastest-growing Internet region.

A joint study by Google and Temasek last year found that its digital economy is poised to triple in size to US$240 billion (S$333 billion) by 2025.

E-commerce, a key driver of this growth, is projected to reach US$102 billion in gross merchandise value by 2025. 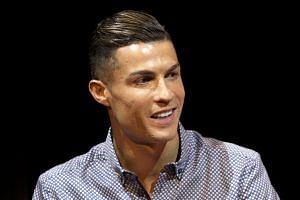 E-commerce race in Malaysia heats up

South-east Asia Internet economy to top US$240b by 2025, with Singapore a 'catalyst for growth': Google-Temasek study

The iPrice report noted that the e-commerce scene in South-east Asia is set to be more competitive as more new companies enter the market and existing players step up their game.

"This was evident as the e-commerce sector experienced a surge of investments over the last four years, garnering as much as US$2.7 billion in funds in the first half of 2018," it said.

"This figure is expected to rise in 2019 as companies continue to attract the attention of venture capitals, private equities and corporate investors."

The report found that Chinese tech giants such as Alibaba and JD.com have become key collaborators in the region's e-commerce industry.

"Chinese investment into South-east Asia's e-commerce platforms has been instrumental in the success of prominent companies in the region," it noted.

The report also found that home-grown players are disrupting e-commerce competition in Indonesia and Vietnam, turning South-east Asia's two biggest markets into two of the most contested battlegrounds in the industry.

In Indonesia, home-grown Tokopedia, Bukalapak and Blibli, together with Singapore-based Lazada and Shopee, share the market, with each enjoying a significant user base.

And five of the 10 most visited e-commerce websites in the region in the second quarter were Vietnam-based.

"This result vouches for the potential of Vietnamese e-commerce companies in their competition with international competitors," said the report.