While setting up of RegCo unit is a good move, concerns remain if it will be truly independent from rest of SGX 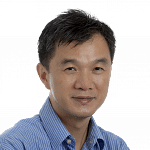 If you turn up for the Singapore Exchange's (SGX) annual general meeting, you will likely meet some disgruntled investors there voicing their grievances about other listed firms they have invested in.

That the SGX has to put up with other firms' governance issues at its own AGM stems from the fact that it is also the front-line stock market regulator tasked with enforcing the standards for listed companies.

This is just one of the many problems the SGX faces with its dual role as a profit-making body and a market regulator.

Even the bosses of the many foreign firms who come knocking on its doors to seek a Singapore listing can find the SGX's so-called dual personality to be a perplexing and confusing experience.

While they get a warm reception from SGX bosses, who are keen to boost the number of listed firms, they find that they sometimes get the cold shoulder from its regulators.

All this is about to change. Last week, the SGX announced that it is hiving off its regulatory functions and housing them in a separate unit with its own board of directors.

The new unit, called RegCo for now, will be established by the second half of next year. It will be headed by its chief regulatory officer, Mr Tan Boon Gin, who will report directly to RegCo's board.

This restructuring will turn the SGX into more of a normal listed firm. At the very least, its AGMs will become more pliant affairs and its chairman will no longer have to cope with the litany of complaints about other firms' corporate governance shortcomings.

And because the new unit will be kept at arm's length from the rest of the SGX, it will hopefully quash talk that has dogged the bourse operator in the past about it being too lenient on companies attracted to list here. S-chips are one category that comes to mind.

SGX chief executive Loh Boon Chye said the decision to hive off the regulatory functions to a separate unit was made "after a long and careful deliberation".

This is an issue that has cropped up every now and then. Previous SGX boards had purportedly considered the idea of doing something similar, only to discard it as they felt that the move would be more form than substance.

How then to convince the investing public that RegCo is truly independent from the rest of SGX and not a mere change of form?

That Caesar's wife must be seen to be above approach is reflected in the steps taken by the SGX and its regulator, the Monetary Authority of Singapore (MAS), to provide assurance on the issue.

The MAS stressed in a statement accompanying the set-up of RegCo that "the independence of the subsidiary company from the SGX will be an important factor for its success".

This will be a big improvement over the status quo. Currently, the SGX has a regulatory conflicts committee that examines issues arising from its dual role as a profit-making company and a market regulator. But members of this committee are drawn from the SGX board.

However, RegCo's board members can be appointed by the SGX, subject to MAS approval, or by the MAS directly.

There is some concern over this because it gives the SGX a hand in choosing members of RegCo's board.

Mr David Gerald, president and chief executive of the Securities Investors Association (Singapore), believes that to avoid all semblance of conflict of interest, "it is better for MAS to be the appointing body of this regulatory body to give it complete independence".

But a MAS spokesman stressed that RegCo's chairman and board must be approved by the MAS.

"MAS must be satisfied with SGX's assessment that a potential RegCo's chairman is independent of SGX, its regulated subsidiaries, companies listed on the SGX and SGX's members, before approval is given," she added.

A bigger concern is to find suitable candidates to fill RegCo's board, in view of the stringent qualifying criteria that have been imposed.

The SGX's regulatory conflicts committee had included members who were chief executives of other SGX-listed firms and fund managers whose investments include stakes in SGX-listed firms.

But RegCo's directors are required to be independent of other SGX-listed firms. This may mean that the search to fill the board will have to be widened to include candidates from overseas. But the snag is that while such candidates may offer RegCo valuable international exposure, they may be ignorant of the idiosyncrasies of the local market.

It begs other questions such as the appropriateness of, say, appointing a foreigner as RegCo's chairman, given the importance the post will play in the local corporate governance scene.

(The SGX's latest annual report shows that the regulatory conflicts committee is chaired by Ms Jane Diplock, a former chairman of the New Zealand Securities Commission.)

Then there is the concern that since RegCo will be funded by the SGX, it may feel obliged to do its bidding.

But the MAS spokesman said that "as SGX continues to remain accountable for its regulatory obligations as a market operator, it will still be directly accountable to MAS for ensuring that RegCo has adequate resources to discharge its regulatory functions".

She said: "As part of MAS' supervision, we will review whether RegCo has sufficient resources, including financial resources, to discharge its regulatory functions."

The board of the new unit will add as an "additional governance check as it would also have to be satisfied that RegCo has sufficient resources to effectively carry out the regulatory functions", she added.

But there is also hope that the move to set up a separate unit is merely the precursor for the MAS to take on more of the regulatory responsibility now residing with the SGX.

One market observer said: "When the regulations move to the subsidiary, this makes it easier for MAS to pick and choose which other areas of responsibilities it wants to assume, without causing disruptions to the rest of SGX."

Still, despite whatever debate kicked up by the SGX's action to strengthen the listing regulatory framework, it is a good move.

But the proof of the pudding is in the eating. RegCo will have its work cut out to prove that it can live up to the investment community's high expectations.

A version of this article appeared in the print edition of The Straits Times on July 25, 2016, with the headline Safeguarding independence of SGX's new regulatory unit. Subscribe