SINGAPORE - The house at the centre of a bitter, high-profile dispute between former China tour guide Yang Yin and a rich Singaporean widow has been put up for sale with an expected price of above $35 million or S$1,100 per sq ft on land.

Madam Chung Khin Chun's bungalow in Gerald Crescent sits on a plot of land that is about the size of half a football field.

Her niece and guardian Hedy Mok had reportedly said before that the bulk of the proceeds from this land sale would go to charity.

"A substantial 999-year or freehold landed residential pocket such as 2F, Gerald Crescent, is a scarce find in the Seletar area given that such plots are tightly held and seldom made available for sale," she said.

"It is also a rare opportunity to secure a decent size plot under single ownership for immediate redevelopment." 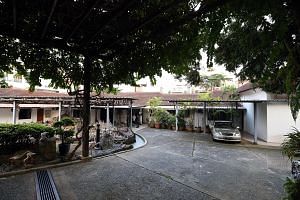 Yang Yin saga: House at heart of dispute likely to be torn down 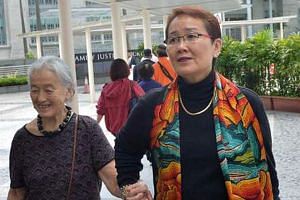 Nestled in the established landed neighbourhood in Seletar Hills, the site is zoned for three-storey mixed landed residential use.

It can potentially accommodate 11 landed houses comprising two detached houses, a pair of semi-detached and seven terraces. Extolling the locational attributes of the site, Savills said that Seletar Hills is quickly transforming and gaining popularity given the nearby amenities along Jalan Kayu and Seletar Aerospace Park, Seletar Mall and Greenwich V, besides the recreational options such as The Punggol Park Connector.

The neighbouring Seletar Aerospace Park is expected to boost demand for housing attracting both local and foreign professionals.

Ms Mok said she expects the site to draw interest from a diverse group of buyers given the multiple redevelopment options.

"It will appeal to developers for potential sub-division into landed conventional housing schemes, Singaporean families for own stay or multi-generational living and wealth preservation for future generations, investors or high net-worth buyers," she added.

The tender for the property will close on March 22.

Madam Chung was previously embroiled in a bitter dispute with former China tour guide Yang Yin over her assets, including the land.

After acting as Madam Chung's tour guide when she visited China in 2008, Yang moved into her bungalow a year later, brought his family here and got the widow to make a will where he stood to inherit everything. The will has since been thrown out by the courts.

Yang was sentenced to 11 years and two months' jail in 2016 for cheating the wealthy widow of $1.1 million and duping the authorities into granting him permanent residency.

The article has been updated for clarity.