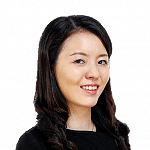 There is "excessive exuberance" in the property market as well as risks from rising land prices and a possible oversupply of housing stock.

The stark warning yesterday came from the Monetary Authority of Singapore (MAS), which urged developers, lenders and prospective home buyers to act with caution.

Its concerns stemmed mainly from a potential mismatch between the supply of private housing and occupation demand, given that the development of collective sale plots and Government Land Sales (GLS) sites could add another 20,000 new units in the next one to two years.

This will more than double the current supply in the pipeline, assuming the inventory of about 17,000 units with planning approvals remains unsold.

The MAS noted that there is "considerable uncertainty" whether existing vacancies of over 30,000 homes and the new supply can be fully absorbed by the market, especially when slower population growth is factored in. If demand is insufficient, there could be pressure on prices and rentals in the medium term, it warned.

These include "the impact of rising interest rates, geopolitical developments and excessive exuberance in the property market", he added. The MAS warning echoes similar comments from the Ministry of National Development recently. Market watchers see these reminders as attempts to prevent prices from running up too quickly on the back of developers' keen bidding for land.

Savills Singapore research head Alan Cheong said: "There is nothing wrong with rising land or property prices. The issue is whether the rate of increase will destabilise the real estate and financial markets."

DBS senior economist Irvin Seah sees such reminders as "moral suasion" from the Government: "While strong economic growth this year has also added confidence to home buying, the property market is driven by expectations, and this is why the Government is trying to moderate expectations."

Private home prices rose 0.7 per cent in the third quarter after 15 quarters of decline. Transactions in the first 10 months of this year have already exceeded those for the whole of last year.

Nevertheless, the MAS noted that the asset quality of housing loans continues to be strong. Its stress test results indicate the banking system can withstand a 50 per cent drop in property prices over three years.

Household balance sheets are also strengthening, with net wealth growing 6.6 per cent year on year in the third quarter, up from 5.8 per cent growth a year earlier, due to a rise in financial and property assets.

A version of this article appeared in the print edition of The Straits Times on December 01, 2017, with the headline MAS warns of 'excessive exuberance' in property market. Subscribe