HONG KONG (BLOOMBERG) - A shock jump in Hong Kong's currency is signaling a decade-long liquidity party is coming to an end. That may be bad news for the city's housing market.

The Hong Kong dollar surged as much as 0.6 per cent on Friday, its biggest gain in 15 years, and extended gains on Monday (Sept 24). While traders gave differing reasons for the move, the common theme was concern that the city's borrowing costs will catch up with those in the US as the Federal Reserve continues to hike rates. The chance of local banks raising the so-called prime rate for the first time since 2006 is "extremely high," Financial Secretary Paul Chan said.

A currency peg with the US, open financial borders and a booming economy meant Hong Kong property was one of the greatest beneficiaries of ultra-low lending costs in the wake of the global financial crisis. Home prices rose more than 170 per cent in the past decade making the city the world's least affordable. Citigroup and CLSA are among those warning of a reversal on expectations that mortgage servicing costs will rise.

"The market has underestimated the pace of interest rate increases in Hong Kong," said Kevin Lai, chief economist for Asia ex-Japan at Daiwa Capital Markets Hong Kong Ltd. This "will bring pressure to the property market and leveraged home buyers."

After trading at the weak end of the band for months, prompting repeated interventions by the city's de facto central bank, the Hong Kong dollar rocketed into the stronger half of the spectrum on Friday. The currency rose as much as 0.17 per cent on Monday before paring to 0.03 per cent as of 10:34am, at 7.8091 per dollar.

The three-month interbank rate, known as Hibor, was last at 2.125 per cent, its highest in almost a decade and nearly triple the level it was a year ago. A narrowing spread with US Libor is making a previously profitable trade of selling Hong Kong dollars to buy higher yielding US assets less appealing.

The currency's one-week forward points, an indicator of cash supply in the foreign-exchange market, touched the highest level since October 2007 on Monday before paring gains. One-year interest-rate swaps, which reflect the market outlook for Hong Kong dollar funding costs, climbed to the highest in nearly a decade. 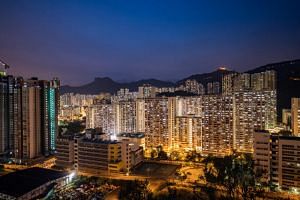 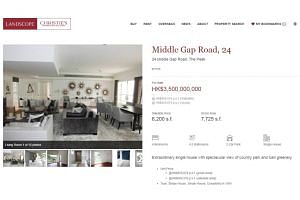 "The short-Hong Kong dollar carry trade has come to an end," said Ken Peng, an investment strategist at Citi Private Bank in Hong Kong. "Friday's move suggests borrowing costs in Hong Kong have tightened a lot and will tighten further."

The Hong Kong Monetary Authority said in emailed comments that while it didn't want to comment on Friday's movement in the currency, "market participants generally view the elevated interbank interest rates as a contributing factor."

While residential prices in Hong Kong's secondary market have climbed 16 percent over the past 12 months, according to Centaline Property Agency, developers have begun to offer perks to accelerate sales. Some are selling apartments at discounts, and others aren't providing mortgages due to concern that rising borrowing costs may increase defaults. Financial Secretary Chan said this month he sees signs the market is cooling.

Predicting declines in Hong Kong's property market hasn't been a profitable exercise in the past, with a home-price slump in 2015-2016 quickly followed by record highs. But a rising prime rate could change the dynamic of demand for the city's housing.