Tulip Garden, comprising 162 apartments and maisonettes and two shop units, is in District 10 and close to Holland Village and a Good Class Bungalow area.

It is a case of fourth-time lucky for Tulip Garden owners. The development was actually sold in July 2007 during its first try, but the buyer - a consortium led by Bravo Building Construction - backed out after struggling to raise funds amid the developing financial crisis.

Bravo forfeited its 5 per cent deposit of $25.8 million, which the owners kept. Reports suggested at the time that they each stood to reap about $100,000.

This time the process should be far smoother. 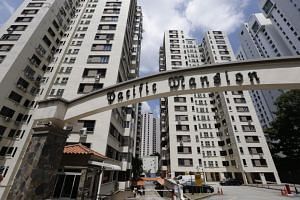 Colliers International managing director Tang Wei Leng said: "Despite a spate of collective sale deals done in the Holland Road area in recent months and a large slate of redevelopment sites on the market, the tender for Tulip Garden still attracted very keen interest - a testament to its excellent locational attributes."

The Tulip Garden site could yield up to 670 residential units with its plot ratio of 1.6, said Yanlord in a Singapore Exchange announcement after trading hours yesterday.

There is no development charge payable for redevelopment up to a gross plot ratio of 1.6, said Colliers.

The biggest collective sale deal this year is Pacific Mansion in River Valley, which was acquired by GuocoLand, Intrepid Investments and Hong Realty for $980 million.

Yanlord said the acquisition and development of the project will be financed by internal resources and bank borrowings.

Yanlord Land shares closed two cents up at $1.75, before the announcement was made.