SINGAPORE - Government data on Friday (Jan 25) confirmed the first quarterly decline in Singapore’s private home prices since the second quarter of 2017, as the July 6 cooling measures ended a price recovery that lasted only five quarters, the shortest on record.

Private dipped by 0.1 per cent in the fourth quarter of last year, compared with a 0.5 per cent rise in the previous quarter, the Urban Redevelopment Authority (URA) announced, unchanged from its earlier flash estimate.

For the whole of 2018, prices of landed homes rose by 6.3 per cent, while those of private apartments and condominiums rose by 8.3 per cent.

Prices of non-landed properties in Core Central Region (CCR) decreased by 1 per cent in the fourth quarter, compared with the 1.3 per cent increase in the previous quarter.

OrangeTee & Tie research and consultancy head Christine Sun sees the price growth of new homes slowing significantly this year as cooling measures are still in place and many new launches are expected this year.

“Many new projects are currently priced at the ‘sweet spot’,” she said. “If the global economy does not deteriorate drastically and the job market remains healthy, overall prices are likely to remain flat or rise marginally this year.

“Prices may rise marginally for selected areas as land prices of some new projects are relatively high. We estimate that the overall price rise of private residential homes may be between 1 and 3 per cent for the whole of this year.”

For the fourth quarter, developers sold 1,836 private residential units (excluding ECs), compared to the 3,012 units moved in the previous quarter.

“Demand for real estate may continue to hold ground this year. More than 19,000 new homes will be launch-ready this year and we can expect many new homes to offer distinctive unique selling propositions and ‘sweet-spot’ pricing that will likely entice buyers,” Ms Sun said. 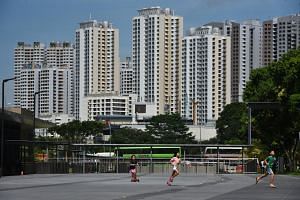 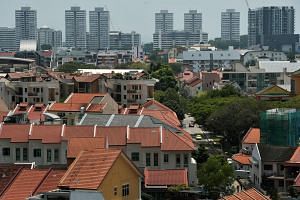 At the end of 2018, there was a total supply of 51,498 uncompleted private residential units (excluding ECs) in the pipeline with planning approvals, up from 50,330 units a quarter ago. Of this number, 34,824 units remained unsold as at the end of the fourth quarter, up from 30,467 units in the previous quarter.

In total, 35,649 units with planning approvals (including ECs) remained unsold, up from 31,295 units in the previous quarter.

Apart from the 35,649 unsold units (including ECs) with planning approval as at the end of 2018, there is a potential supply of 9,800 units (including ECs) from Government Land Sales (GLS) sites and awarded en-bloc sale sites that have not been granted planning approval yet. They comprise (a) about 6,500 units from awarded GLS sites and Confirmed List sites that have not been awarded yet, and about 3,300 units from awarded en-bloc sale sites.