PBA Group had diversified its business with plans to be a conglomerate but lacked a unique selling point that would tie its capabilities together. Xin Yun finds out how it realigned its focus to its goals, and what it is doing to expand in a structured way.

PBA Group was started in 1987 as a trading company buying and selling engineering parts.

Over the decades, the firm expanded into areas such as contract manufacturing, linear motor manufacturing and distributing aerospace components, among others.

But in 2010, the firm felt like it had its finger in every pie and wanted a new strategy to advance to the next level of growth.

"What was missing was something that could spearhead the company and differentiate us," said chief executive Derrick Yap. So he sought IE Singapore's expertise.

"IE raised a point and made us question if we were overly diversified, and whether there was a common engine or goal which could synergise our units," he said.

From that discussion, the firm identified one area of its business that it felt could be its unique selling point that could propel it to the next stage - its direct-drive technology business, which is based on its linear motors.

Linear motors use an alternating magnetic field that creates motion in a straight line, unlike the usual rotating electric motor.

The firm produces its own brand of linear motors - something which it had been doing since 1999 - and the motors can be used in different parts of automation equipment.

"After identifying direct-drive technology as the key, it was about transforming the products and technology we had," Mr Yap said.

This led to a transformation of PBA's business model - where previously it was trading and distributing a wide range of products, it now focused more on the trade and distribution of products to complement its own technology.

It also updated its module assembly team to design modules or parts to revolve around its linear motor technology. The firm now designs and produces entire solutions incorporating its own linear motors and then manufactures the parts.

Working the firm's products and services around its direct-drive technology, with IE's help, caught the eye of Taiwanese giant Delta Electronics, said Mr Yap. "It invested in us as a corporate minority shareholder. With (our previous business model of) just trading, we would never have attracted the attention of firms like that." 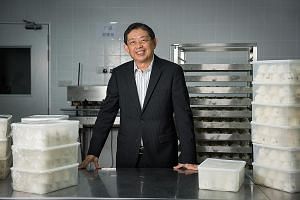 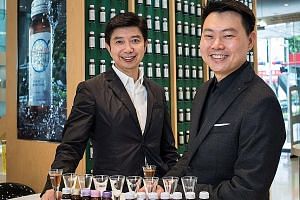 Growing in China with health and beauty: Kino Biotech

IE also helped the firm re-establish an overseas growth strategy. PBA had tried to enter Greater China some five years ago with IE's support, but found it too complex to navigate even though it was profitable. This time around, the firm has what Mr Yap calls the "three in three" strategy.

"If we don't think we can be top three in three years, we won't enter that particular market. If we are already in the top three, it means the market is too small." 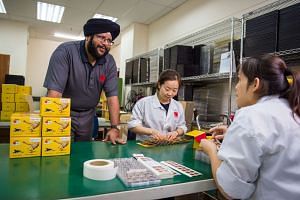 Exploring new businesses and markets to be the next tech giant: Strontium Technology

It is already among the top three industrial leaders in Singapore and Malaysia, and is close to achieving the same status across South-east Asia as a whole.

The firm beefed up its manufacturing with a new factory in Malaysia in 2013, working with IE to identify a good location and get grants from the Malaysian government. It is also moving into robotics solutions, using its linear motors, as factories become "as humanless as possible".

With its South-east Asia business firmly established, North Asia is on the cards, with Europe and Americas further down the road.

And with the business growing nicely, with an annual turnover of $90 million, PBA plans to acquire four companies this year. It now has 20 companies under its umbrella, having acquired firms that allow it to specialise in certain areas along the industrial automation chain.

Along the way, IE has helped by identifying partners which would make good acquisition targets or distributors.

With all these under its belt, PBA, which is valued at $200 million today, now aims to become a billion-dollar company.

"We were growing but wanted to find ways to grow more aggressively... We need to grow by five times, and it can't be done overnight. With that mindset, we came up with a new strategy."