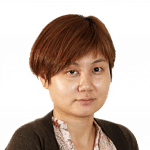 Keppel Offshore & Marine has imposed US$8.9 million (S$11.9 million) in financial sanctions on 12 former or current employees as part of its disciplinary actions arising from the Brazil bribery case.

According to the plea agreement signed by Keppel Offshore & Marine USA Inc (KOM), its parent company Keppel O&M has acted against 17 former or current employees pertaining to the misconduct.

The parent company has also agreed to conduct anti-graft and compliance training for six employees. It has enhanced and will continue to beef up its compliance efforts and internal controls.

There were no further details that could identify unambiguously the affected staff.

These and other measures, and its full cooperation with the United States Department of Justice (DOJ) and Attorney's Office in the investigations earned KOM a 25 per cent discount off the bottom of the applicable fine range.

Under the plea agreement, Keppel O&M was fined US$422 million as a global resolution to corrupt payments made by a former Keppel agent in Brazil.

Keppel O&M's US$422 million fines have set a new record as a settlement sum for a cross-border corruption probe involving a Singapore-headquartered O&M entity.

The court document said KOM "received full credit for their substantial cooperation", which included a thorough internal probe, proactively identifying issues and collecting, analysing and providing voluminous evidence and information to the investigators.

However, KOM's deferred prosecution agreement with DOJ stated that it was not eligible for voluntary disclosure credit.

It explained that "although the defendant and its parent notified the (DOJ) Fraud Section about publicly reported allegations in Brazil prior" to their being contacted, the Fraud Section and Attorney's Office were already aware of the allegations.

A Keppel spokesman did not comment on the specific details of the staff disciplinary action, but said in a statement to The Business Times: "For legal reasons, Keppel is unable to comment further on the facts, other than agree to and confirm those set out in the Statements of Facts released by the investigating authorities."

Keppel O&M's US$422 million fines have set a new record as a settlement sum for a cross-border corruption probe involving a Singapore-headquartered O&M entity.

Meanwhile, three Workers' Party (WP) Members of Parliament have filed questions on the case for the upcoming Parliament sitting on Jan 8.

WP assistant secretary-general Pritam Singh, describing the case as "what must be one of the largest corruption scandals in the history of Singapore's government-linked companies", said in a Facebook post yesterday that he and fellow MPs Sylvia Lim and Png Eng Huat have filed four questions asking for more information.

Among other things, they asked about the considerations in reaching the global resolution, and whether the agreements on the corruption probe settlement include any condition that prevents the disclosure of Singaporeans involved in the case.

Mr Singh said: "We will have to wait and see if these questions are prioritised among the first 15 or so for oral answer, failing which they will have to be deferred for the next sitting or set down for a written answer."

Correction note: The story has been amended to reflect that KOM has already imposed its financial sanctions. We are sorry for the errors in the earlier version.

A version of this article appeared in the print edition of The Straits Times on December 30, 2017, with the headline Keppel O&M imposes $11.9m in penalties on errant staff. Subscribe