What an eventful year it has been. Many investors have been caught out as markets rallied and tanked, no thanks to the uncertainty surrounding events such as the Brexit shock in June, the United States presidential elections last month and this month's interest rate hike by the Federal Reserve. After the volatility this year, 2017 represents a fresh start for many. Five financial experts discuss the lessons learnt from the past 12 months and give their outlook for the coming year.

Q What were the best and worst things (financially) that happened to you this year?

A The best thing was Donald Trump. The worst was selling a lot of my banking stocks too early.

And behind both the best and the worst was an old lesson worth relearning, even at my age at 59.

That is, stick with quality and let time do its work. Let me explain.

This has been an extraordinarily difficult year in financial markets - a year of violent sideways swings.

Investors found themselves forced by yield hunger into taking more risk than they would in more normal times.

But these are not normal times.

Professional investors knew they were buying risk assets beyond what might normally be regarded as reasonable valuations.

And they had been doing so on monetary policy stimulus rather than on improvement in investment fundamentals.

Knowing what they knew, they were quick to take fright at every little thing that went "bump".

And there were plenty to frighten markets - collapsing oil markets, China's growth decline, unstable European politics, Brexit and the US presidential election.

Indeed, I joined the selling early in the year, encashing a large part of my banking stocks amid a developing bear market in Chinese equities. Even US equities were traded down some 13 per cent.

Yes, I saved myself quite a bit of downside selling early in the year.

The problem was I never bought back. If I had done nothing, my stocks would have been worth more today than at the start of the year.

Lesson reinforced was you are either a trader or an investor. Traders need to have the time to get in and out of the market rapidly.

And if you don't have the time to actively trade your portfolio, stick to quality and let time do its work.

Conversely, the best thing I did this year was to buy a heap of US dollars. Again, it was about quality.

Consider this: For all the talk of declining US power, the US has only a bit more than 4 per cent of the world's population but accounts for nearly a quarter of the world's GDP. 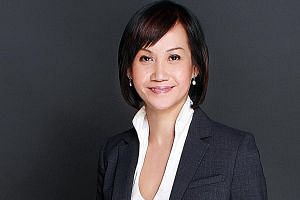 Busy year at SGX showing investors 'how to fish' 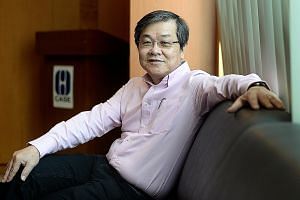 Rents and capital values down, risk appetite up

But for all those qualities, the long dollar trade was severely tested this year. Fortunately, this time, I stuck to quality. I stuck to my trade. And as we approached a likely Fed rate hike in December, along came Donald Trump. President-elect now. Bang! Up went the dollar. And along with that, the balance of my banking stocks.

But Trump was probably only the catalyst to stuff that was going to happen anyway.

A The year is almost over. There's unlikely to be any big surprise now.

In summary, US stocks will probably end 5 to 8 per cent higher than they started the year.

European equities will probably end 4 to 5 per cent lower. Japanese stocks will return to where they were at the start of the year.

Next year will likely be as volatile sideways as 2016. There are two big forces pushing and pulling the markets. On the bull side of the contest, Trump will likely deliver what the markets had been asking for for a couple of years now.

That is, fiscal stimulus.

Monetary stimulus prevented the global financial crisis from turning into a catastrophe. But it failed to deliver sustainable, strong growth.

And negative interest rates in Japan and Europe had nasty side effects on banks and insurers.

Fiscal stimulus is seen as the "magic bullet". But there is no magic bullet. The world is swimming in debt. And there is a cycle. And that cycle is aged.

For a while, fiscal stimulus will drive up economic and earnings growth. Stock prices will rise.

But against that, debt levels will rise yet higher.

The Euro area will be a source of a lot of political uncertainties. Asia will also see a lot of geopolitical tension as China and the US adjust to the new world according to Trump.

Q Going into 2017, please give some tips to retail investors.

A Bottom-line advice: Understand if you are an investor or a trader.

The traders will have their hands full swinging in and out of violent sideways markets. The long-term investor would do well to buy quality and let time do its job.

Here are some investment ideas for the first quarter of next year.

• US equities on expectations of fiscal stimulus;

Be neutral on European stocks. They are likely to be pushed and pulled by contradictory forces. Extended ECB (European Central Bank) quantitative easing is a positive.

But political uncertainties will be a major negative overhanging European stocks in 2017;

Be underweight on emerging markets, given the threats of higher US rates, a stronger dollar and US protectionism;

Continue to be bullish on the US dollar, be bearish on the yen and bearish on Asia ex-Japan and emerging market currencies.

Stay neutral on commodities with a longer-term positive tilt on fiscal stimulus and infrastructure spending in the US and possibly China as well; and be bearish on bonds in general on rising rates.

Rents and capital values down, risk appetite up

Busy year at SGX showing investors ‘how to fish’

A version of this article appeared in the print edition of The Sunday Times on December 25, 2016, with the headline 'Stick with quality and just let time do its work '. Subscribe
Topics:
More
Whatsapp Linkedin FB Messenger Telegram Reddit WeChat Pinterest Print Purchase Article Copy permalink