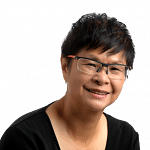 The supercomputer that took on human competitors in the American gameshow Jeopardy has found a new job: as DBS Bank's wealth management expert.

Watson, which won the US$1 million (S$1.27 million) first prize on the gameshow in 2011, will be able to suggest various financial options for the Bank's high net worth customers.

Customers will not actually get to speak with Watson, but the Bank's wealth management advisors can access Watson's proposed options and make their recommendations.

Watson will throw up its suggestions after "ingesting" thousands of research reports, product information and customer profiles, more than what a wealth management expert can handle, DBS said.

Watson will go to work at DBS sometime after July. This is the first time that Watson, which has been spun off into its own US$1 billion business group, is being used in Singapore.