The High Court yesterday allowed debt-ridden water treatment firm Hyflux two more months of reprieve from its creditors - until Aug 2 - as the company continues to work with several investors to nail down a new restructuring plan.

Hyflux had asked for a four-month extension on its debt moratorium, saying it was in discussions with other potential investors.

This was in addition to talks with United Arab Emirates utility Utico for a $400 million investment and Mauritius-based investment fund Oyster Bay Fund for up to $500 million. A third potential investor, said to be a large desalination company, had issued a letter of interest for certain assets in Algeria, Oman, the Middle East and North Africa.

Four more companies were also in discussions over a potential investment. They were a large power sector player in Asia looking to merge with Hyflux group, a fund whose corporate strategy included turning around distressed firms, a major Asia-based nuclear and civil engineering contractor, and a major waste treatment player.

While Justice Aedit Abdullah said he was "concerned about giving a four-month (extension) at a go", he told Hyflux to "assure the investors I will be amenable, if progress continues to be made, to a further two-month extension" beyond Aug 2.

"As I have indicated previously, the position now is different from when the application (for moratorium) was first made. Therefore, any extensions will be much more controlled," he added. 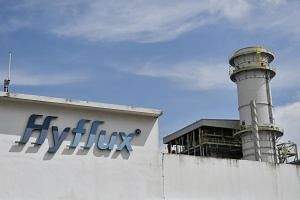 The order was passed as an earlier court-sanctioned protection from creditors expired yesterday.

Hyflux said it has made progress with its restructuring efforts, including holding weekly meetings with various creditor groups to update them and reducing the company's running costs by 60 per cent since March last year.

Mr Eddee Ng, a senior partner at Tan Kok Quan Partnership, who represents a group of banks that is collectively owed $648.7 million, supported only a one-month extension as "cash is running low and time is running short". "So, there is every reason to make sure timing is controlled," he added.

But Mr Edward Tiong from Allen & Gledhill, who represents creditor DBS, supported a four-month extension. "We feel a 30-day moratorium is too short as it puts the company under enormous and unnecessary time pressure, and weakens its bargaining power... Coming back to court every 30 days also adds to the costs of restructuring."

As for the conditions that should be met in order for further extensions to be given, Justice Aedit said the creditors' committee or sub-committee meetings are to continue on a weekly basis.

Updates to the short-term cash flow forecast are to be given to the committee and the court on at least a monthly basis. An update is to be given on the progress of discussions and negotiations.

"In relation to the payment for advisers... a more detailed breakdown identifying how much has been paid, in contrast to what remains payable, is to be given to the committee and the court in two weeks, and to be put into the (Hyflux) data room," Justice Aedit said. "I will indicate other matters which the court strongly encourages."

The judge said he hopes there will be continued engagement with all stakeholders, particularly the retail investors and trustees who are unable to participate in the Hyflux data room. 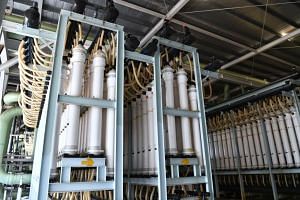 Hyflux's fall from darling of the entrepreneurial scene to troubled firm: 5 must-reads

"I would also strongly encourage all advisers, as far as possible, to leave actual details of negotiation and engagement with possible investors to the company, unless they strongly feel their clients' interests are affected. And if so, please let the company know this is what they intend to do," said Justice Aedit.

This came after Hyflux and DBS expressed concerns over restructuring firm Borrelli Walsh, an adviser to some of the banks, approaching Utico on at least two occasions before a binding agreement is signed.

So far, Hyflux has managed to fend off a bid by several banks to start the legal process that could have seen the firm and a key unit placed under judicial management.

Hyflux lawyer Manoj Sandra-segara of WongPartnership said: "The discomfort is that... if there is a creditor that will approach a potential investor, we would want someone who is... positive about the company.

"If you send... someone from Borrelli Walsh, it is like sending the Angel of Death. This is someone who wants to put the company into judicial management... (whose) modus operandi is liquidation."

But Mr Ng argued that Borrelli Walsh "went out of its way to inform Utico that the banks are not reviving the JM (judicial management) application".

A version of this article appeared in the print edition of The Straits Times on May 30, 2019, with the headline 'Hyflux gets 2-month reprieve, in talks with more investors'. Subscribe
Topics:
More
Whatsapp Linkedin FB Messenger Telegram Reddit WeChat Pinterest Print Purchase Article Copy permalink