Many young people today are taking the career path less travelled and finding jobs that are outside their fields of study or unrelated to their work experience. The Straits Times speaks to several of these intrepid explorers in the last instalment of a four-part series.

There, they were having dinner with a group of Japanese businessmen a few days after the Paris terror attacks.

Ms Suzana, 28, recalled: "They asked us why Muslims were killing non-Muslims. It was a moment of epiphany for me to realise that most of them had never interacted with a Muslim before.

"Whatever we were going to tell them about Muslims and Islam was going to go a long way in shaping their perception of our faith."

That epiphany shaped her vision for her then-fledgling online travel company, Have Halal, Will Travel.

The company aims to help Muslims find halal food and prayer places while also enjoying new sights around the world.

"It was then that we began to realise the true value of our work to foster peace between Muslims and non-Muslims through travel, and to enable Muslim travellers to serve as ambassadors of peace wherever they may travel," she said.

"This has become the vision of the company and the guiding purpose for our organisation."

Ms Suzana, a Singaporean, made the switch from working as a digital marketer in an infocomm technology and digital marketing consultancy, to becoming the co-founder of her own start-up in 2015.

She had majored in marketing and corporate communications at Singapore Management University.

Although her world then was in business, travel has always been in her blood.

"Growing up in a family of travellers, where both my parents met as flight attendants, and my father still is one, I had always wanted a job that would allow me to travel the world. I wantedsomething that would enable me to learn and understand more about different cultures and meet people of diverse backgrounds. At the same time, I wanted a meaningful job, one that would positively impact the lives of others... that I can dedicate myself to every day," she said.

Her chance came when she identified a gap in the travel market, which was the lack of information specifically for Muslim travellers.

"Like all entrepreneurs, my co-founders and I started with a question: What is a problem that we can solve for the world? For us, it was helping Muslims travel the world.

"This problem is especially dear to me because as a Muslim, I understand how challenging travel can be as it is difficult to find halal food options and prayer spaces overseas, especially in destinations with a non-Muslim majority. Information was, and still is, fragmented and unreliable on the Internet," she said.

To address this gap, Ms Suzana set up the travel platform with her husband and a friend.

On a trip to Seoul when Ms Suzana was still at university, the co-founders realised that it was very difficult to find information online about the availability of halal food options. From that experience, they decided to provide a consolidated platform where Muslim travellers and their friends would be able to seek out information, especially in countries where halal food is hard to find.

Now, Have Halal, Will Travel has a monthly reach of 9.1 million people and attracts around 600,000 unique visitors to the website every month. It covers a large number of destinations, from Japan and South Korea to Switzerland and Iceland.

The company also offers consultancy and advertising solutions to governments and brands to capture the niche Muslim travel market. For instance, they are working with the Hong Kong Tourism Board on a year-long project to draw more Muslim tourists to Hong Kong.

Though her online travel company is now a success, it was sometimes hard to keep going at the start, recalled Ms Suzana. 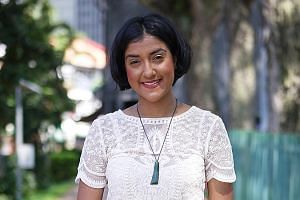 From courtroom to kitchen, taking the career path less travelled

She said: "When you are working in a start-up, everything is a challenge. During our early days, my co-founders and I drew very low salaries. Our first office was a tiny space in Golden Mile that had a rat problem. If all the famous entrepreneurs had a garage they worked out of, then we certainly had our own 'garage experience'. We did all that while trying to figure out what product fit the market."

Another challenge was the saturation of travel sites on the Internet. But Ms Suzana's ability to understand and cater to her niche audience gave her an edge.

"We see content for less mainstream destinations like Iceland and Bosnia gaining popularity among the younger Muslim traveller segment, and we see a preference for brands that recognise their needs as Muslims. Our competitive advantage is the ability to harness and showcase these unique experiences catered to Muslim travellers, on a larger scale."

One of her future goals is to be the official media partner for the Tokyo 2020 Olympics. "Efforts are being made, in terms of business development and partnering other Japanese agencies," Ms Suzana said.

And for others wanting to start their own firms, she has this piece of advice: Be prepared for the toil.

"A lot of times, 'start-up' puts a fancy image in people's minds and they think it's a cool thing to venture into. That isn't necessarily wrong, but there is definitely also a lot of hard work and tears behind every start-up, which most people may not be completely prepared for. Be prepared to learn fast and fail faster because the only way to succeed is to make those mistakes and learn from them.

"Of course, I would say it's all worth it because ultimately, doing something that you love and strongly believe in is much more rewarding and satisfying."